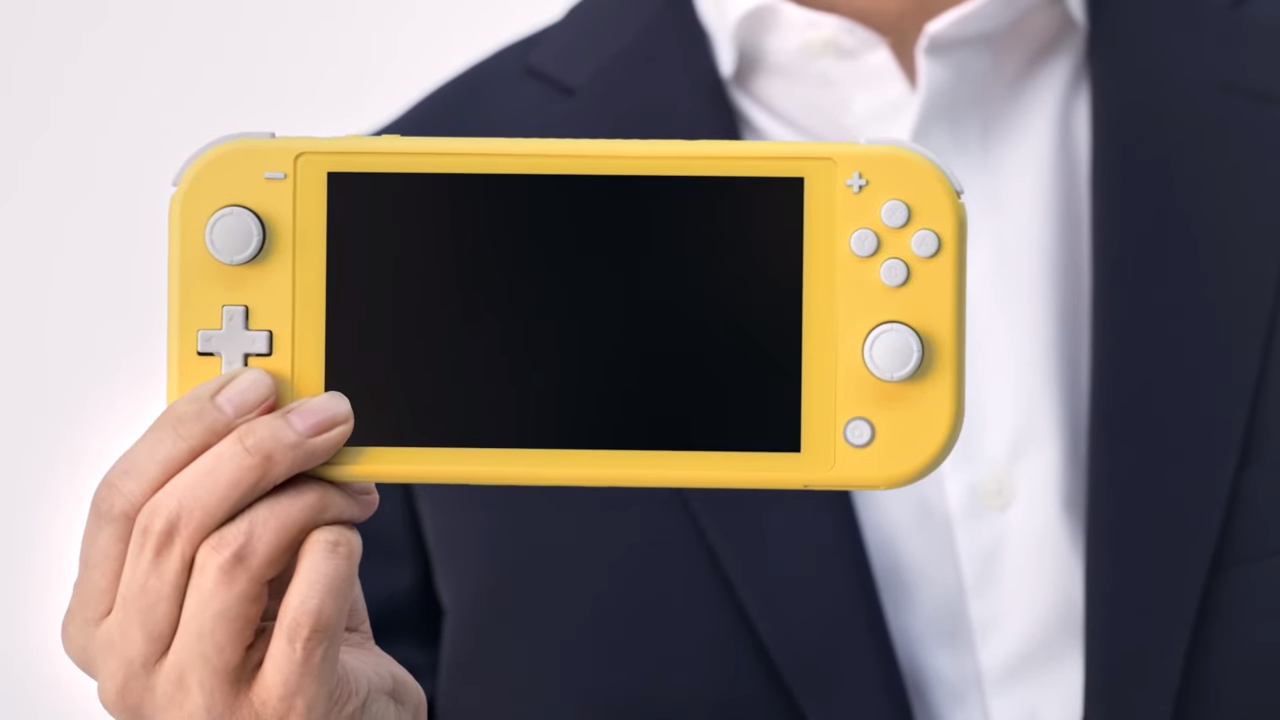 Is all the hype surrounding the Nintendo Switch Lite really warranted?

Contents hide
Yay
Pricing
Smaller size and lower weight
The return of the Plus shaped D-pad
Support for JoyCons and 3rd party controllers
Nay
Cut down features
Loss of TV output support, smaller screen
No option to replace controllers
Loss or minimal Labo Support
Unimpressive increase in battery life
So who is the Nintendo Switch Lite for?
First time Nintendo Switch Owners
On-the-go gamers
Those looking to get additional units
Who isn’t it for?

So, what are the reasons for you to get the Nintendo Switch Lite?

Perhaps the biggest draw the Lite has to consumers is the lower price point. For a hundred dollars less, you’ll be able to own a Switch system albeit stripped of some features. Even so, as we’ve mentioned earlier, this gives fans who’ve been eyeing the Switch for a while now with a budget option. Especially those who are on the fence about spending that much for the console. That’s at least a hundred dollars off of their worries.

The Nintendo Switch Lite isn’t called a “Lite” for no reason. The console has a smaller and more compact body than the original Switch. This allows the unit to be squeezed into a lot more bags and carrying apparel. It’s also lighter than the flagship Switch (with JoyCons attached). This makes the Lite even more of a perfect handheld gaming companion.

The return of the Plus shaped D-pad

The change to four separate directional buttons of the JoyCon became one of those hotly debated topics over the course of the Switch’s journey from announcement to release. Some fans were not very fond of losing the Plus shaped D-pad we all know, loved, and grew up with in so many controllers. So, for those who considered that a deal breaker with the JoyCons, and don’t want to shell out for a Pro Con or get 3rd party controllers, you’ll be happy to know that the Plus shaped D-pad is making a return on the Switch Lite.

Despite having the main controllers integrated into the unit, Nintendo still allowed JoyCons and 3rd party controller support for the Switch Lite. Yep, this means that you can still play local multiplayer on the unit as long as you have extra controllers. While not truly a replacement for the flexibility of the OG Switch, with the swappable JoyCons, it’s still nice that the Lite has support for additional controllers.

Now, what are the reasons not to get the Nintendo Switch Lite?

While the Nintendo Switch Lite looks really enticing with the lower price point and welcome changes, do note that you are getting a unit cut down to just the core features of the flagship Switch, and then some. Let’s break down the notable changes:

That’s quite a lot of features you’re losing just for a hundred dollars. Now, we know that’s still big for a lot of people but for us, the price difference isn’t really that huge to justify the loss of some big features. Let’s dive deeper, shall we.

This is one of the big blows to the Switch Lite, not only are we losing an option to boost the performance of our device, but we’re also dropping support to some games. Granted most developers create their Switch ports and titles to accommodate both handheld and docked mode, there will still be a few out there that have no support for handheld for various reasons.

There is a way to remedy this though by getting a set of JoyCons or 3rd party controllers, which will allow you to play non-handheld supported games. However, that’s yet another added burden since JoyCons have to be charged with a dedicated charger, and not to mention an added expense.

Not only that, but we’re also going to miss the option of playing on a bigger screen. Even the dock or a separate accessory won’t allow us to since Nintendo removed the TV output support of the Lite’s Type-C port entirely. We know, they intended for the Lite to be focused on handheld gaming, but it still would’ve been nice to at least have support for external monitors, especially if you want to play local multiplayer with friends. More so, with those who don’t have their own Switch.

It also doesn’t help that the screen is even smaller at 5.5 inches. The OG Switch was already hard to play with if there is a party of you trying to game on it’s 6.2″ screen. Imagine playing games like Mario Kart or Just Dance with an even tinier display. The removal of the dedicated Kickstand is yet another burden since we now need a separate accessory to allow for non-handheld gaming. While it wasn’t the ideal support for lifting the original Switch, at least we had an option to prompt it up without the need of an accessory.

No option to replace controllers

With the controllers being integrated into the body of the unit itself, you’ll have no option to replace them when they break down the way you can with the OG Switch. This means, the moment any of the controls start getting wonky, on the hardware side, you’ll have to send in the entire unit for repair.

Since most of Nintendo’s current Labo kits rely on the Switch’s main tablet, the Lite won’t be able to support the company’s cardboard creations. Simply because there is no way to remove the controllers of the Switch Lite. This may be resolved in the future, once Nintendo creates Labo’s dedicated to the Lite, but for now, most of the available kits are a no-go.

For a console that’s pegged at being the perfect handheld companion, the Switch Lite certainly has quite the short battery life. Even more so when you compare it to the OG Switch. While we don’t have actual battery metrics just yet, based on Nintendo’s estimates, you only get an additional hour, tops, of gameplay over the flagship unit. We expected it to have at least two hours more game time since we’re losing the additional power provision to JoyCons as well as having a smaller screen. Maybe even a little more hardware tinkering to add more juice. After all, this unit will mostly be used outdoors.

So who is the Nintendo Switch Lite for?

Now, from our comparison of Pros and Cons it may look like the Switch Lite is on the Nay side. However, we have to take into account who its target is, and there are a few — those consumers who’ve yet to own a Switch, consumers who are more on-the-go than stay at home, those who wish to get additional units for their family, and finally collectors.

If you’re one of those consumers that is not yet a proud owner of the flagship Switch then the Lite might be a more enticing offer. Especially if you aren’t too keen on the features you’ll be losing. After all, the Lite still does provide the core Switch experience — you’ll be able to play most of the Switch games from the get-go, there’s support for online and local multiplayer, and you’ll be able to play anywhere.

This is even more enticing for those without the budget to splurge on the flagship unit. Again, as we’ve mentioned earlier, this is a budget option for those looking to have the Switch experience for a lower cost.

If you aren’t the stationary type of gamer then it might be a better choice to just grab the Lite over the original Switch. Since you’ll rarely be spending time docking it at home anyway. You’re also the focused target market of the Lite as it was created solely to be a handheld gaming companion. Another factor to consider, even if you aren’t on-the-go most of the time, is how much TV solo time you get. If your household is pretty crowded or you rarely get the chance to plug in your Switch, then it might be better to grab the Lite instead. Of course, that’s all rendered mute if you have your own dedicated TV.

Those looking to get additional units

On the other hand, if your goal is just to get additional Switch units, say for your sibling or your children, then it might be better to get a Switch Lite over the flagship. This, again, cuts cost per additional unit. Not to mention, the OG Switch already has support for extra controllers for multiplayer. So really, this is for times when your children or your sibling wants alone Switch time to try out single-player titles while you also enjoy some of your own.

Who isn’t it for?

Well, there is only one answer to that — Flagship Switch Owners. Yep, unless you are a part of any of the mentioned target markets above, there is no reason to consider swapping out your OG Switch for a Lite. You’ll simply be depriving yourself of the many great features your unit already has.

And that’s about it, hopefully, we have provided enough Pros and Cons for you to decide whether the Nintendo Switch Lite is the right console for you. Feel free to also share your thoughts about the Switch Lite in the comments section below.

Playing on Nostalgia: Games Worthy of their Predecessor's name(?)

Contents hide
Yay
Pricing
Smaller size and lower weight
The return of the Plus shaped D-pad
Support for JoyCons and 3rd party controllers
Nay
Cut down features
Loss of TV output support, smaller screen
No option to replace controllers
Loss or minimal Labo Support
Unimpressive increase in battery life
So who is the Nintendo Switch Lite for?
First time Nintendo Switch Owners
On-the-go gamers
Those looking to get additional units
Who isn’t it for?