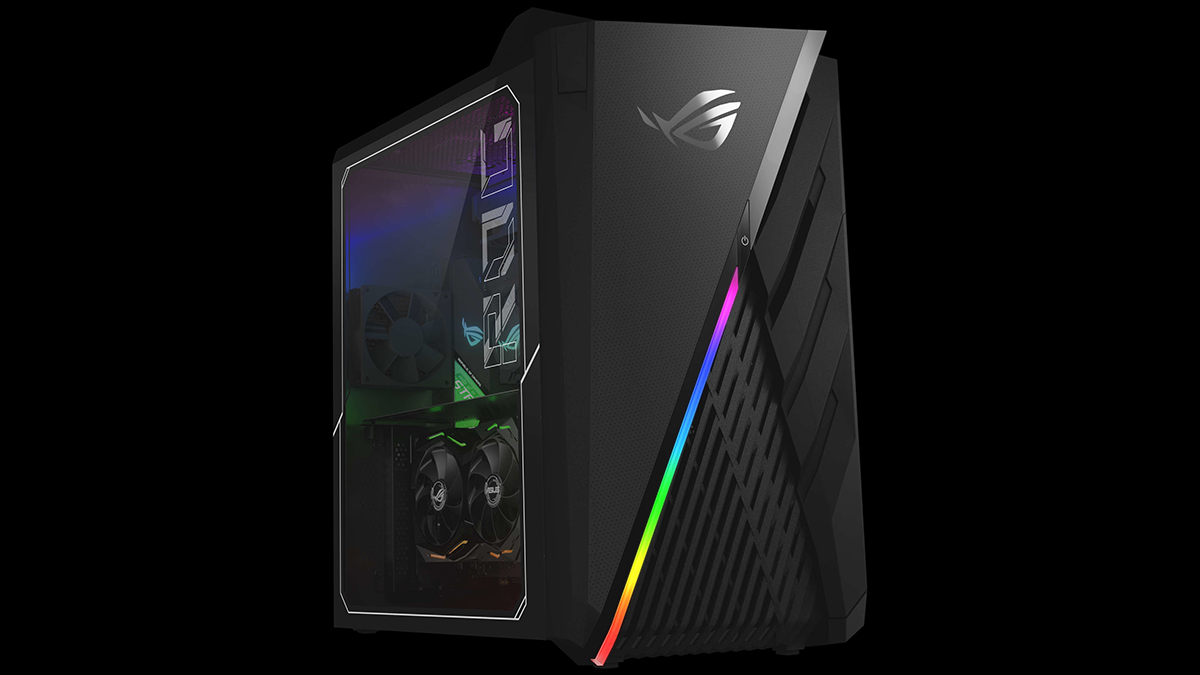 ROG is doubling down on pre-built desktops as they unleash four new members to their ever-expanding portfolio this CES 2020. Joining the likes of the Strix GL12CX are the Strix GA35, GT35, GA15, and GT15.

The GA35 and GT35 will sport the same case and GPU options but will differ when it comes to CPUs. The GA35 will handle the offerings of the red team featuring up to an AMD Ryzen 9 3950X processor, while the GT35 will handle the blue team’s 10th Generation Intel Core processors. Doing the heavy lifting on the graphics side are cards ranging up to the ROG Strix GeForce RTX 2080 Ti. I/O is stacked with the front having two USB 3.2 Gen1 Type-A, two USB 3.2 Gen 1 Type-C, one Mic-in, one Headphone out. The rear, on the other hand, has four USB 3.2 Gen 1 Type-A, one USB 3.2 Gen 2 Type-A, one USB 3.2 Gen 2 Type-C, one HDMI 2.0, one DisplayPort 1.2, one RJ45 Ethernet port, five audio ports, and one SPDIF.

The case supports 240mm radiators, with one already installed out of the box. ROG also conveniently placed two hot-swappable 2.5″ bays behind the spring-loaded door at the front. The motherboard we have with the GA35 is the Strix X570-F. Storage out of the box can be up to a 1TB SSD and 2TB HDD. It can be further expanded thanks to a second M.2 slot on the motherboard and room for an additional 3.5″ HDD, for a total fo two. While RAM is maxed out at 64GB. Apart from all that ROG’s Keystone II technology is also present for the GA35 and GT35. This is the second iteration of this tech that was first introduced last year with the Strix III and Hero III gaming laptops. Pricing and availability of the GA35 and GT35 are yet to be announced.

Unlike their GA35 and GT35 brethren, the ROG GA15 and GT15 are powered by more affordable components and lesser gimmicks. Although similar to the two previously discussed pre-builts, this pair will also offer components from AMD and Intel. Whether it be the 3rd Gen AMD Ryzen CPUs or Intel’s 10th Generation Core processors. GPU-wise we get up to an Nvidia GeForce RTX 2070 SUPER. Storage maxes out at a 1TB SSD and 2TB HDD while RAM maxes out at 32GB. We lose the hot-swappable bays and KeyStone II technology. Pricing and availability for the GA15 and GT15 are yet to be announced.

God Eater 3 for the Nintendo Switch out now