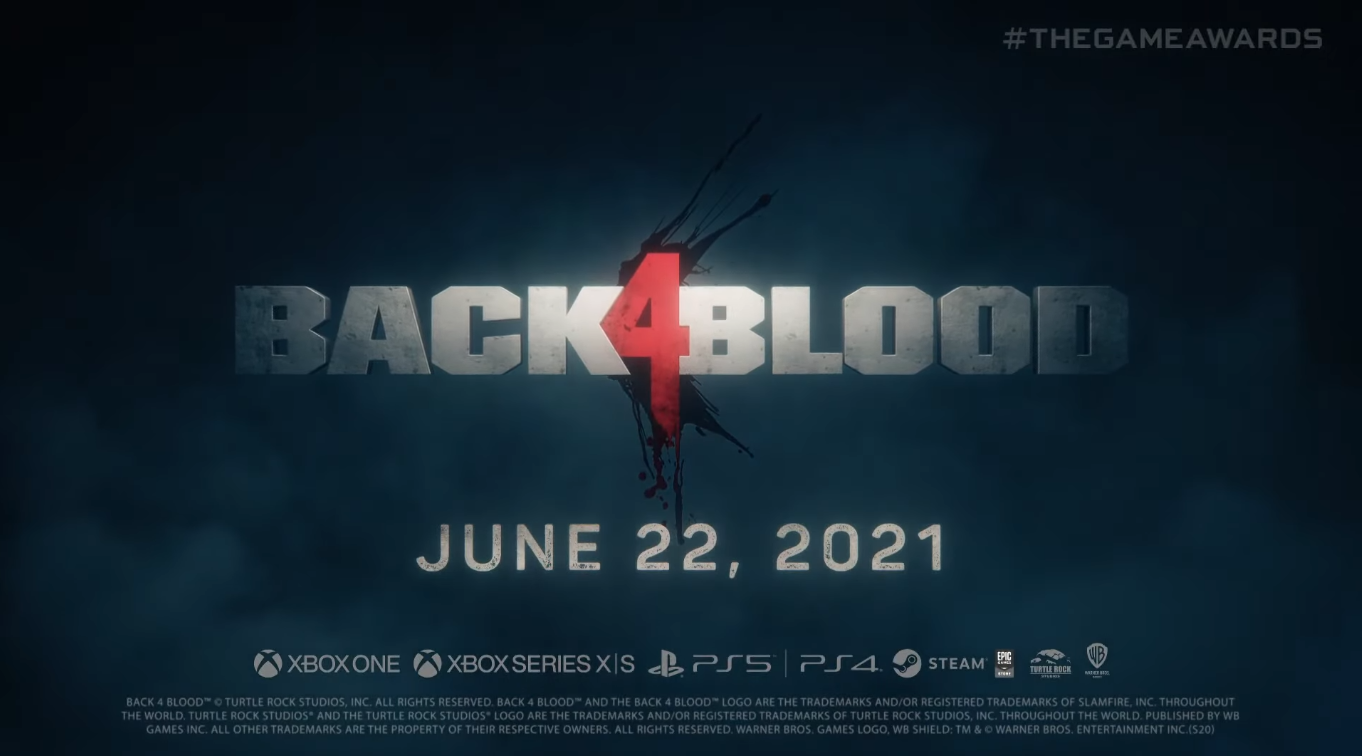 Turtle Rock Studios AKA the developers behind the famous Left 4 Dead series shares their first look into the gameplay of Back 4 Blood, Left 4 Dead’s spiritual successor.

Gameplay feels exactly like Left 4 Dead (4 player coop, safehouse, go to the objective), but with modern FPS mechanics. Such as aiming down sights and sprinting. Seems there are higher enemy variation with a mix of a Tank and Boomer and Hunter and Smoker from the Left 4 Dead series.

Back 4 Blood releases on June 22, 2021 on all platforms. You can apply for the closed alpha and play as early as December 17. More in-depth gameplay will be shown on December 17 10AM PST/December 18 2AM PHT. Stay tuned!