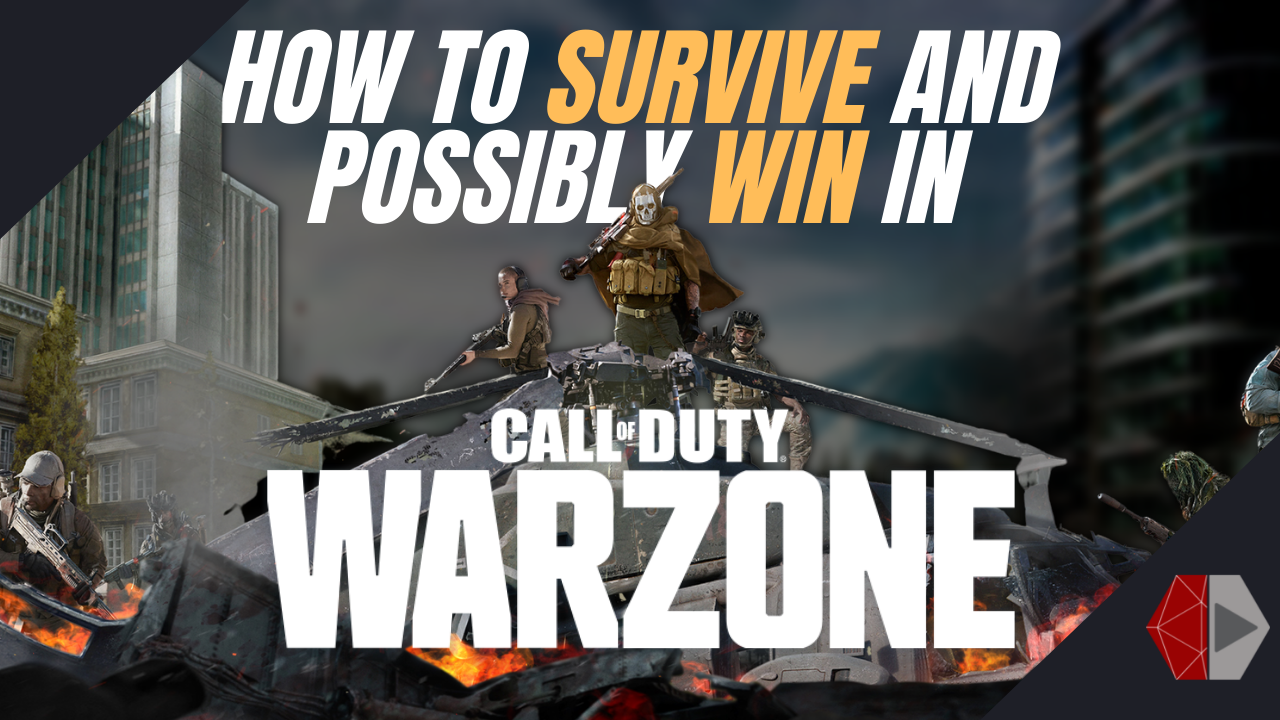 Dropping into Warzone as a beginner? Guess what your rank doesn’t matter, everyone here is the same. Although, don’t worry we’re here to haul your ass into the top spot with these tips and tricks. So, we hope you’re ready for a short drill for what is about to come in our Call of Duty: Warzone beginner guide!

Contents hide
Armory and loadout
exercise while you can!
check the skies
Always keep on moving
Grab a vehicle
Swapping to your sidearm is faster than reloading
Gulag time
Buy Stations
Firesale
When all else fails, pay to win

Before you head out into the Warzone you need to fix your loadout. A proper loadout is the difference between winning and losing. Leveling up your account gives you experience to unlock better weapons and perks. By using a weapon in Warzone (be it battle-royale or any other mode) you earn experience and attachment unlocks for it. Another way of unlocking blueprints is by buying bundles from the store, this already guarantees you a decked-out weapon.

You also have perks per loadout, these are extra abilities that can turn the tides of battle. You can set three perks per loadout. However, they only become active along with your weapons via a loadout drop in-game. Equipment like offensive grenades or utilities can also be set, which will be added to your inventory per loadout activated.

exercise while you can!

This pre-game lobby also offers you ample time to communicate with your team as to what your plans are. You could ping out any contract you want to partake in, or a vehicle you want to secure. Another thing is how you could use this time to go to the bathroom or grab a snack.

Dropping into the fight? the air time can be used to check how many people are dropping in the location. Communicate with your team and call out or ping any potential threat. This will give you and your team time to decide whether engaging or running away is what’s best for you. Remember that sometimes it is better to steer clear and play smart than be aggressive.

But fancy yourself a bit adventurous and feisty during this phase? Well, you could also gun down enemies while airborne. To do so you only need to deploy your parachute and cut it to pull out your gun. It will be hard to aim during this phase, but downing an enemy mid-air assures a kill.

Normally war is slow and time-consuming, however in Call of Duty: Warzone things get a bit faster. Unlike other battle-royale games which force its players to play a bit slowly, Warzone punishes slow players. Even though it has a large map, the game always puts you on your toes. You actually don’t suffer from running out of stamina or from the weight of your weapon.

Learning how, when, and where to reposition could spell victory for you and your team. It is essential for you to learn how to dash and slide as it helps you be more agile in a gunfight. Now if you feel like running is slow, you can always grab health boosters or a Dead silence and use it to boost your speed temporarily.

Grabbing a vehicle during the start of each game can be essential for your team as well, such as having a plane or helicopter since they are offensive vehicles. They are equipped with the capability to shoot down your enemies, the helicopter for example has two mounted machineguns. They could also be used for reconnaissance, such as the airplane’s passive radar when it flies above any area of the map.

Land vehicles on the other hand are more on the defensive side, such as the truck which can provide cover and transportation for the entire squad. However, both types of vehicles are weak against explosives and Warzone is full of them. RPGs, C4 explosives, and anti-tank mines; these gear could really mess up your vehicles and may kill your entire squad in one go.

Swapping to your sidearm is faster than reloading

Say you just landed in with a couple of enemies on your tail, but you get lucky by landing in an area with a lot of guns. The only problem now is that you don’t have ammo and you’re pinned down, what do you do? Most of the time this will be the situation that you’ll get stuck in, be it the start of the match or the end. The good thing about Warzone is that weapon swapping (be it from primary to secondary, or to another gun on the ground) is faster than reloading.

Just know that some perks will actually assist you in swapping your guns faster, so always adjust your loadout. Another thing to think about or remind yourself of is that other guns are faster to swap to or reload than others, so always take note of the situation and your equipment.

I know being downed or killed isn’t fun, however, know that your first death isn’t your last in this game. Dying for the first time guarantees you a visit to the gulag. In here you will have to battle it out with another player. You are both given the same gun and explosive plus utility loadout for this mode and are given a minute to duke it out. Kill your enemy or outsmart them by securing a flag that’ll spawn midway through your duel.

Failing to kill or win the flag once the time ends will result in both of you forfeiting the gulag. To pass the time when you’re not the one fighting, you or your team could spectate the current gulag fight and throw rocks. A neat trick here if you have a squadmate in the same instance is to spectate and tell your teammate where their enemy is. Winning in the gulag guarantees your respawn along with the gun that you currently had in the gulag (for this current patch and season).

Perhaps new players will get confused as to why you have currency in-game, this is used for buying items in the buy station. These buy stations are usually found in a fixed location, so memorizing them will help in planning your moves. Although, they are still random in a sense as not all buy stations get activated per match. Meaning, some locations may have a buy station active during your previous game but not in your current one. Their locations are still permanent though, only the activation is random. The items purchasable vary from revives to kill streak bonuses, whatever you buy is up to you and your needs for the game. Be wary though since purchasing revives usually sends out flares that notify enemies of your presence.

This is an event in the game wherein the buy station gives you discounts and free stuff. Always abuse this when it is available as you can snag a free self revive. Another freebie is that you can revive your dead groupmates for no cost. Other killstreak and items are discounted by around 50-70%. Just know, however, that other people are also going to use buy stations so be fast or use it to ambush other teams.

When all else fails, pay to win

As stated in the armory section of the guide, the guns in this game can be customized by buying the blueprints at the store. So even new accounts could equip weapons that have access to advance attachments. There were even cases before where store-bought weapon blueprints are found to be overpowered or broken. However, those aren’t the only things that are broken. In previous seasons you could get sprays that looked like soldiers in the store or battle pass, and some pretty smart plays can be done with them.

Another is the fact that you could buy operator skins from the store or by owning other Call of Duty titles. How is this pay to win though? some skins actually blend with the surroundings, making it hard to spot the user. Although this isn’t an issue in just Warzone alone, skins aren’t really disabled in the game (unlike for example in Counter Strike’s competitive scene). A notorious one is the Roze skin which is pretty much an entirely black sneaking suit which as you guessed it blends in dark corners.

That’s it for our Call of Duty: Warzone beginner guide. We do hope that you win your next fight with these tips. Until next time and see you in the field!

10 Fighting Games That You Should Play Today

Contents hide
Armory and loadout
exercise while you can!
check the skies
Always keep on moving
Grab a vehicle
Swapping to your sidearm is faster than reloading
Gulag time
Buy Stations
Firesale
When all else fails, pay to win