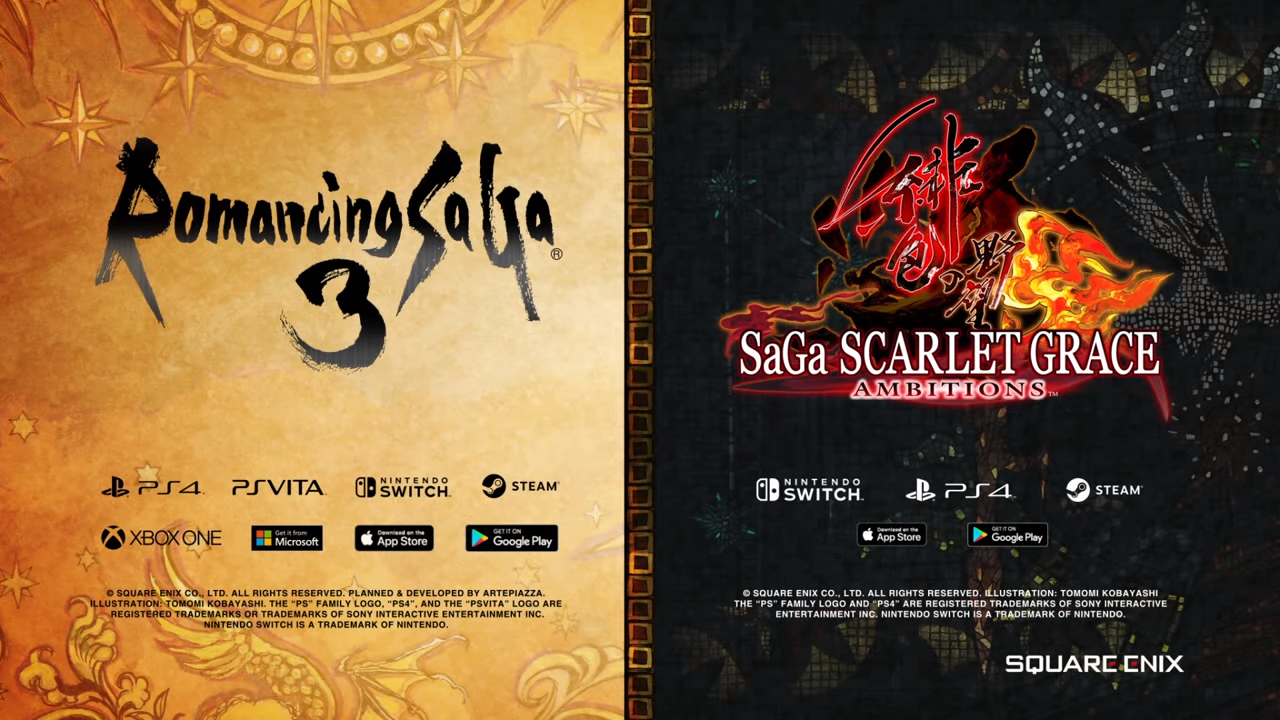 Two titles from the Romancing SaGa series are finally getting their western release!

Most of Square Enix’ Romancing SaGa series remained in its home country of Japan. All of that’s gonna change though as the west is now receiving two of the Saga’s titles — Romancing SaGa 3 (Remastered) and SaGa Scarlet Grace: Ambitions.

Romancing SaGa 3 was released back in 1995 for the Super Famicom. Since then it received a remaster and multiple platform release in Japan. It follows the formula of previous romancing saga titles by allowing players to recruit new members to their party and having mini-war like campaigns. The level system is quite different here in that a character’s stats increase depending on their participation in combat. Romancing SaGa 3 will be available on the PS4, PS Vita, Nintendo Switch, Mobile (Android, iOS), and PC with no official release date yet.

SaGa Scarlet Grace: Ambitions, on the other hand, is an expanded version of SaGa Scarlet: Grace. The original was first released on the PlayStation Vita back in 2016 as a celebration of the series’ 25th anniversary. Followed by the expanded one two years later for the Switch, PS4, PC, Android, and iOS though it wasn’t released outside of Japan. The game takes on a more RPG-like system but still introduces followers to the four protagonists. Keeping a few elements of the Romancing SaGa alive. The game will be available on the Nintendo Switch, PS4, Mobile (Android, iOS), and PC. Square has yet to reveal the official release date.