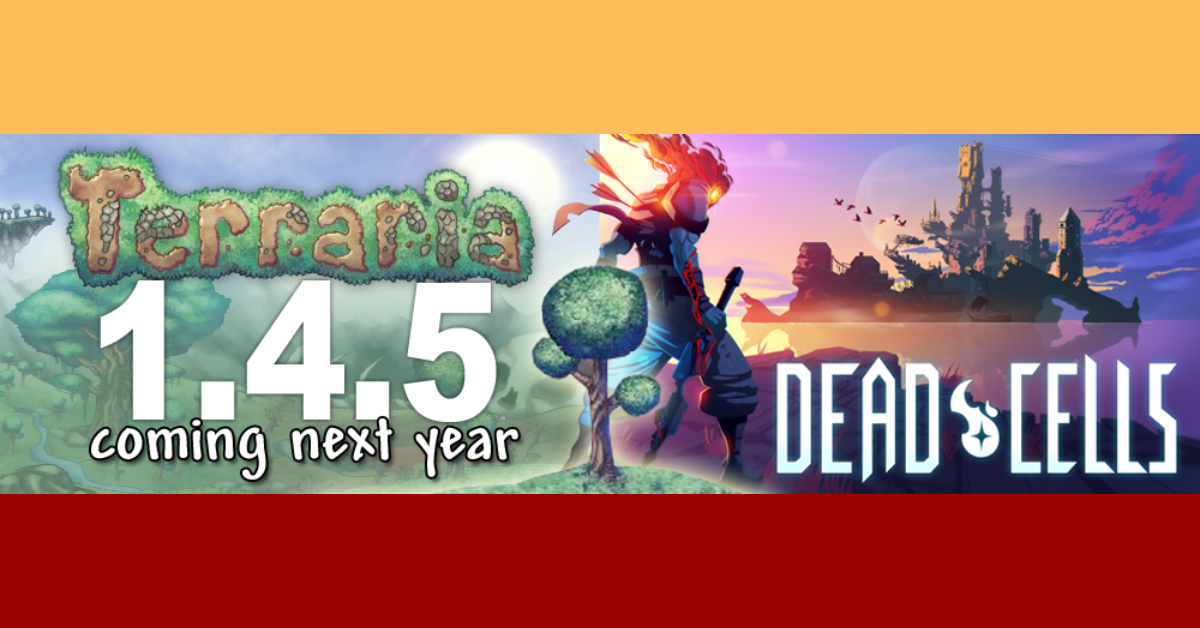 It’s looking more and more like a Journey’s End isn’t truly the end for Terraria as another update is coming in 2023. The team at Re-Logic has teased that next year we’ll be getting a 1.4.5 update along with a Dead Cells crossover.

As always, Re-Logic is mum with the contents of the 1.4.5 update, we didn’t even get a single teaser. However, they did say that 2023 might be the year of crossplay, so we may finally be merging the entire Terraria community into one.

In any case, Dead Cells will be the first to get its crossover content with Terraria. The game now has “The Guide” and the infamous Star Fury added in, so stars be falling on your enemies there now. That’s all the juice we got for this announcement but we’ll keep an eye out for further developments.