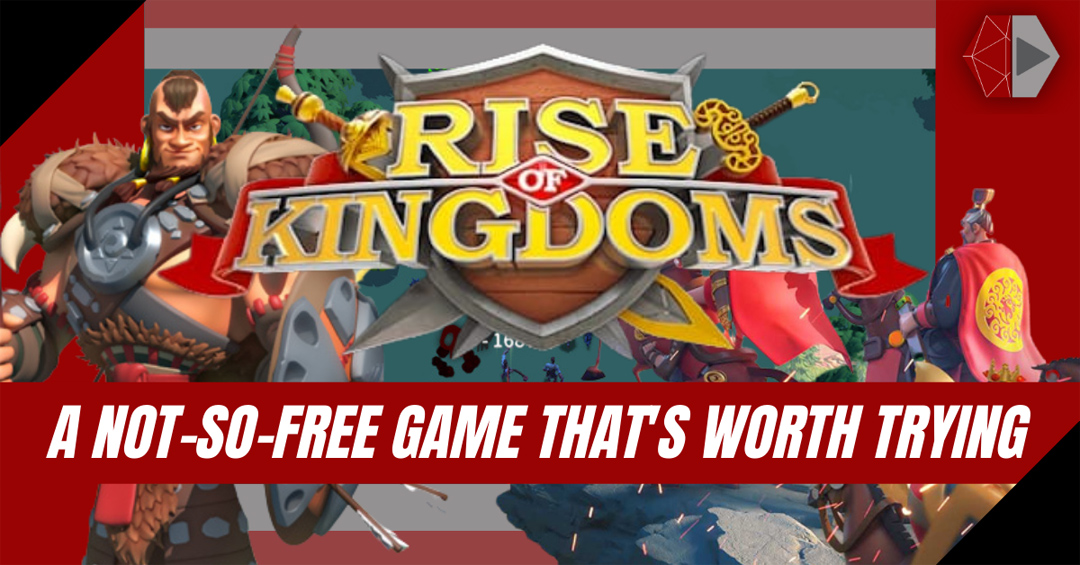 There comes a time in our gaming lives that we play something that we invest not just time, but also money. Before, it was Flyff that really got me spending lots of cash. However, it all changed when Rise of Kingdoms (RoK) invaded my gaming interest. Check out why this game is worth playing. Let’s begin!

Note: This is game is dependent on how fast you’ll grow and power up as an individual or with a group of people. I recommend trying to spend at least PHP 500 (~$10) to give yourselves an initial boost when starting in the game.

Contents hide
Quick Background
Begin your Adventure
What’s Next?
In-Game Events And Promos
VIP System And Quests
Level-Up Your Commanders
Join Alliances And Power Up
Tips And Tricks To Rise Above Everyone
Conserve Your Speedups
Prioritize On Upgrading Your City Hall
Choose The Right Starter Civilization
Go With Alliances that Align With your Principles
Focus On Powering Up Commanders With Great Advantages

Don’t get me wrong, RoK is a free-to-play game but with lots of pay-to-win content. However, this doesn’t really stop me from playing its addicting in-game content. To give a brief background, this is an MMO real-time strategy game with over 50 million downloads on both Android and iOS. This game mainly focuses on building, farming, combat, and forming alliances with other players. Just imagine Clash of Clans but with a wider variety of features, intense politics, and open-field combat mechanics.

One thing that new players should know is that there is always a new kingdom (server) that generates every few hours. This is to prevent players to have a huge gap in each other’s progress and to follow the in-game timeline set on each kingdom. Meaning in a new Kingdom there is still a chance to grow and not get “rekt” by veteran players who’ve been amassing power already.

Rise of Kingdoms has a 4.5/5 star rating proving that despite the number of downloads, the game is really worth your while. In my experience, I’ve played the game for consecutive months before I finally felt the need to slow it down.

You’ll start the game by doing the unskippable tutorial session (regardless of whether you’re new or not). This will allow you to choose among 12 Civilizations namely:

Each civilization provides different specialties in terms of military, gathering, and city development. You also have starting commanders, the one that leads your troops outside your cities, based on the civilization that you’ve chosen.

The game will initially teach you how to train troops, gather resources, and scout unknown terrains on your world map. For new players, this may be too much to handle at first but, one thing you should take note of is that building, training troops, researching technologies, and healing takes time. The higher the level you have on your buildings, the longer it will take to do those things.

Even if the time it takes to finish is long, you can take the shortcut and use speedup boosts. These items can range from 1 minute to 7 days at least. There are two kinds of speedups, general and boost-specific ones. The former can boost anything that needs speeding up while the latter only boosts specific aforementioned city functions. For example, you have a specific boost for buildings and another for troop training.

After the tutorial, you’ll be able to freely check almost all the in-game features and environment including nearby player cities.

On your user interface, it’s important that you always check the pinned paper icon on the top right corner of your screen. This is a compilation of all the ongoing and upcoming kingdom events so make sure to monitor this from time to time.

On the left are the pay-to-win bundles and limited-time promos showing up from time to time when you make milestones. The former includes purchasing gem bundles that contain building/training/research boosts and additional resources. This will be the part where you have to think carefully about what you’re spending your money on.

Below your player power, you will see the VIP level of your account (per kingdom) and quests. You accumulate VIP points even though you don’t pay for it. Players can claim it daily and the points go up consecutively for each day you log in. You also have 1-time chest purchases per VIP level that provide a strong start for you as this contains resources and the PvE-centric commander, Minamoto no Yoshitsune.

This costs Php 49 (~$1) for the first 3 VIP levels but, it goes higher as your level progress. Just below the VIP icon are your quests. These are self-explanatory but you just need to know that you get rewards from successfully finishing them.

An integral part of this game is acquiring commanders and using them properly in battle or gathering resources. You can gain commanders from opening chests in your Tavern, a building in your city, and praying to RNG-sus you get one. Don’t fret, even if you are a free-to-play player, the tavern gives daily free silver chests and a free gold and equipment chest every 2 days.

What’s good is that you can increase the chest count as you level up your tavern. There are numerous commanders specialized in PvP combat like Constantine and Alexander the Great while for PvE, you have Minamoto no Yoshitsune and Lohar. Apart from that, you also have resource-gathering commanders like Seondeok, Ishida, and Cleopatra.

Leveling them up is simple, either kill barbarians (PvE part) or gain Tome of Experiences from completing quests, doing kingdom events, or purchasing them. Each level provides talent points that will further unlock your commander’s potential. There are also abilities (passive and active) that power up your commander even further. However, you will need multiple idols to upgrade their star rating to also level up their skills.

Join Alliances And Power Up

They say “No Man Is An Island”. That is true for this game as Rise of Kingdoms revolve around alliances battling each other for domination. Obviously, there are perks in joining one which allow you to get exclusive in-game rewards like capturing altars and shrines. Alliances also provide passive skills that will boost your cities even more. Lastly, politics and power playing in the game are heavily dependent on alliances. Sadly, you cannot advance in the game if you don’t have an alliance.

Tips And Tricks To Rise Above Everyone

There’s still much to discuss in Rise of Kingdoms but what I’ve said is enough for you to know that there are a lot of things happening in this game. What’s important is you know the core mechanics of this game. Now it’s time to share some tips if you want to stand out in your kingdom.

You’ll get a lot of speedups as you progress in the game. I suggest that you use the speedups on upgrades that really matter like building your city hall and training structures. If you have the luxury of time to wait, it’s best to use them if the time it takes to finish something will get you at least 10 hours each. Another thing is to time your building, research, and training upgrades in line with kingdom events that depend on powering up your account.

Prioritize On Upgrading Your City Hall

City Halls in the game mainly define your potential in powering up your city. You cannot upgrade other buildings if it’s greater than your city hall level. My tip for you is to quickly get to City Hall Level 10 to unlock the majority of the buildings in the game.

Choosing your civilizations at first is the key towards quickly powering up. I would suggest picking China as your starting civilization since it gives a 5% building speed which is a lot faster than other options. At City Hall level 10, you’ll freely receive a civilization change item. This allows you to switch to another civilization without any costs.

Go With Alliances that Align With your Principles

As stated earlier, Rise of Kingdoms is a politics-heavy game that revolves around which alliances rule the kingdom. It is important to make friends and, at the same time, have healthy competition with other alliances. It’s really boring to play a kingdom where there is a monopoly of power so make sure that the people that you will get acquainted with have good morals and standards.

Focus On Powering Up Commanders With Great Advantages

Picking the right commanders is the key to winning battles may it be PvP or PvE. It’s great to have commanders that can specialize in:

It can sometimes be tricky but the key in all of this is reading each commanders’ specialty, talent, and abilities. Rise of Kingdoms is a very addicting game, for me at least, but it consumes a lot of your time even though you can technically leave your farmers gathering resources. This is because hundreds of players playing in the kingdom are actively doing things that might put your city at a disadvantage. It makes the game really immersive and interactive overall.

The game can be played without spending much money, hence, it’s a not-so-free game entirely. Players can still enjoy RoK as it is but don’t expect that you’ll be the top player in your kingdom. Nevertheless, both P2P and F2P are co-existing in each kingdom and while there’s always a power struggle between them, all you have to do is pick the right people to play with and you won’t feel left out in the game.

If you’re interested in playing, here’s the download link for Android and iOS. What do you guys think? Let us know your thoughts in the comments section below.

Lesser years third in you're rule

Contents hide
Quick Background
Begin your Adventure
What’s Next?
In-Game Events And Promos
VIP System And Quests
Level-Up Your Commanders
Join Alliances And Power Up
Tips And Tricks To Rise Above Everyone
Conserve Your Speedups
Prioritize On Upgrading Your City Hall
Choose The Right Starter Civilization
Go With Alliances that Align With your Principles
Focus On Powering Up Commanders With Great Advantages