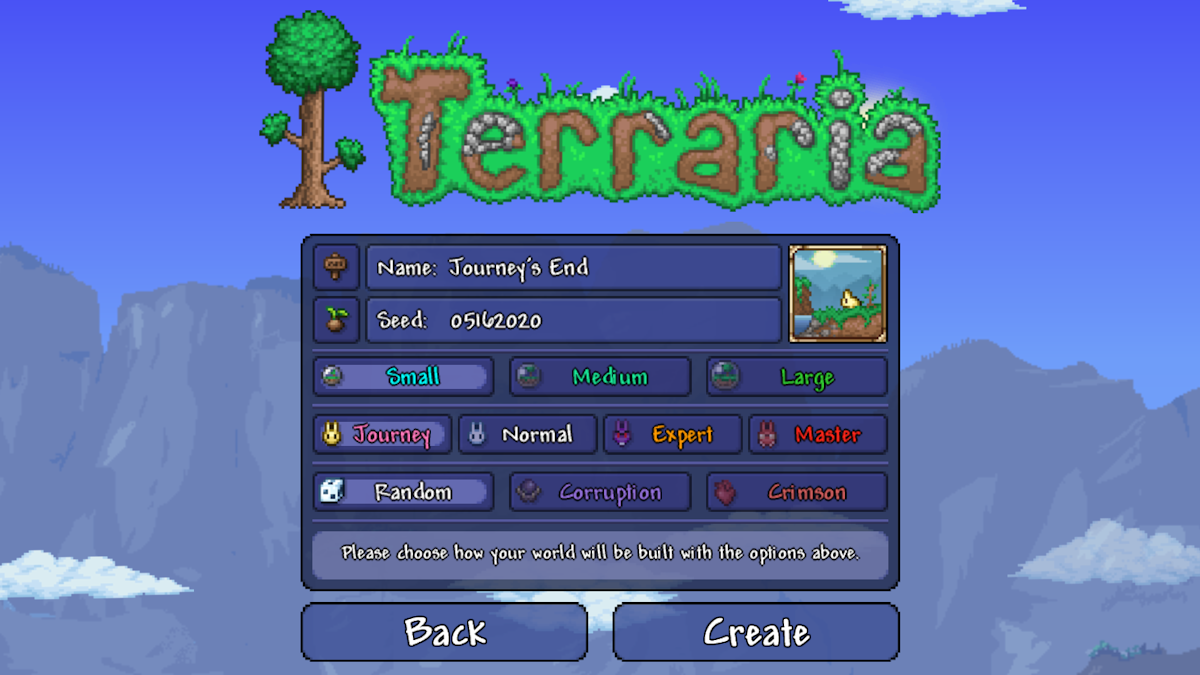 Journey’s End is closer than you think!

After months of teasing since its announcement, our friends over at Re-Logic finally revealed the release date for Terraria: Journey’s End. The last major update to the 9-year old pixel sandbox title launches May 16th on PC. A very special day as it also marks the 9th anniversary of the game.

Journey’s End brings with it a plethora of new content as well as a new difficulty setting (Master) and improved visuals. The folks over at Re-Logic has been teasing the update over at their forums ever since it got announced back in E3 2019. The update includes over 800 new items from mounts to weapons and even furniture. Quality of life improvements weren’t left out either as we’re getting a few of them such as “block swapping”. Mark your calendars as a month from now we say hello, and goodbye, to Terraria!