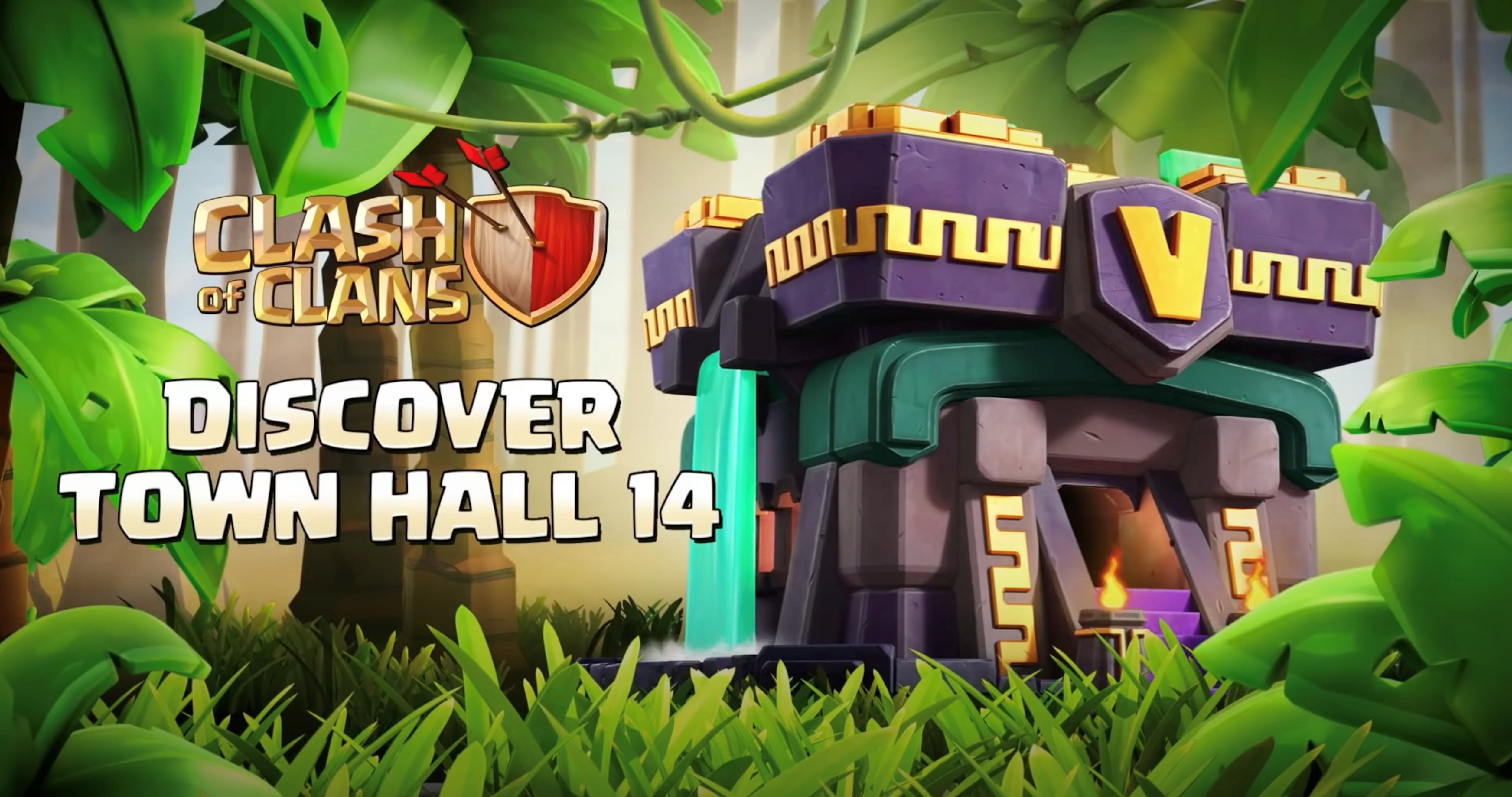 Clash of Clans first major update for 2021 comes with huge changes and an upgrade to the Town Hall!

Clash of Clans, the long-running mobile RTS by Supercell, teased its player base with its first major update for 2021. According to Supercell, this may very well be the biggest content update for the game since its release.

The short teaser, seen above, will introduce Town Hall 14 in a jungle-themed appearance. Along with this comes new Defense, Resource, Hero, Troop, and Spell levels. The new Town Hall can fight back and will retain Giga Inferno which can be upgraded up to 5 levels. Apart from this, once destroyed, the hall will drop a Poison Bomb that deals damage and slows enemy attacks and movement speed. With 8,900 HP the Town Hall 14 will cost 16 Million Gold and will take a whopping 20 days to construct.

Getting to Town Hall 14 will also unlock 25 wall pieces, one air bomb, one seeking air mine, one skeleton trap, 1 bomb, 1 giant bomb, and a whole lot more. Players can also expect some balance changes. To keep up with the addition of a new Town Hall, starting April 12th Clash of Clans will have the Hammer Jam event. This offers a 50% building cost reduction to help players upgrade their Town Hall. There will also be in-game events such as “The Last Town Hall 13 Challenge” to honor this Town Hall.

We’ll keep a close watch on Clash of Clans’ social media accounts as they reveal more details about this major update.

PlayStation Asia holds May 2019 Deal of the Month Sale