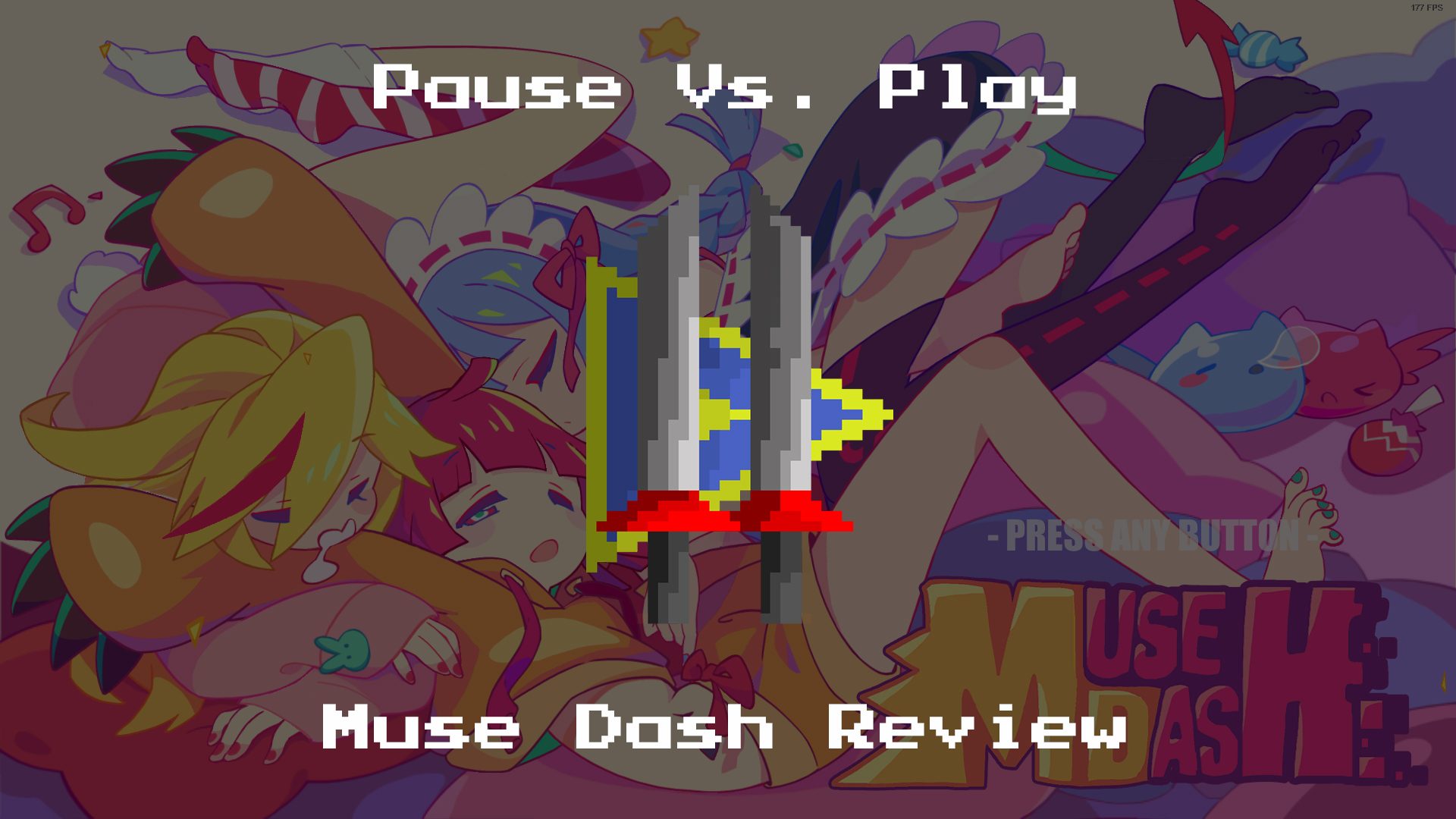 Muse Dash is a cute and simple rhythm game from indie developers PeroPeroGames!

There are no shortages of rhythm games nowadays and despite the control limitations and features you can cram into the genre, there are developers who add a little spice into their titles. One such is Muse Dash, with its colorful art style, cute characters, and platform-inspired gameplay. The game has been out on mobile for about a year now but was recently released for the Switch and PC.

So, is this a game you pause or play? Let’s find out in our Muse Dash Review.

Author’s Note: For those of you who’ve read our previous reviews, we’re changing the format up a bit to shorten the length. We’ll now focus more on our comments regarding gameplay and such and provide only a short primer on gameplay basics. By the way, the version we reviewed is for PC.

Right, before we get to the nitty-gritty part of the review let’s first checkout how to play the game. As a rhythm title you probably already have an idea how it’ll play out — we’ll do our best to hit notes in perfect timing. Unlike the standard format though, where we have notes falling through the screen or we tap and create patterns, we have a combat-esque format. As such, we control a character that dashes through a stage fighting enemies, which are the notes, and evading traps.

Game controls are pretty simple since you only have to worry about two note lines — on the ground and up above. Although to make it more complex the devs added in a few more mechanics than just hitting these two lines. For PC players the keys F and J are your best friends (or you can edit them via the control settings).

F hits air notes, while J hits ground notes. Then we also have combined notes, which are hit by pressing both F and J keys. Long notes are done by long pressing any of the two controls and there are instances when we have to whack an enemy multiple times, done by alternating between the two. You can also use a controller if you wish as the game has support for most 3rd party and major console controllers.

Our lady characters aren’t just here for show as they provide various bonuses and effects during gameplay, such as higher HP, changing notes and such. There’s even one that automatically controls herself (silly, we know). Not only that, but there are also Elfins that accompany the characters, these little critters also provide bonuses. Both Characters and Elfins can be unlocked through gameplay.

Right then, with the basics out of the way let’s check out the reasons why you should be playing Muse Dash.

Muse Dash is able to separate itself from the pack by adding in a little combat factor into your playthroughs. Characters hit notes that are transformed into different types of enemies or projectiles. Kicking and smashing each and every one when you hit the right timing. Granted your goal isn’t to kill enemies, it still adds a bit more depth into the rather simple core structure of the rhythm genre. It’s also a lot more appropriate that you lose HP by getting hit rather than missing a note.

Not only that, but we also have bosses, though they are there purely for aesthetics as they just pump out notes, charge at you like a normal note, or charge at you and get clobbered. Even so, you’ll still be feeling pressure from having a villain loom over you as you do your best to hit notes in a timely fashion. Perhaps the only difficulty bosses add is that their notes are fairly different from the normal stage notes. Sometimes they’re smaller or take a different form, which can break your groove if you’ve already adjusted to the normal stage notes.

You’ve got to admit, the graphics, animation, and effects of Muse Dash are colorful, wacky, and down right cute. The various effects such as enemies getting swatted away, characters changing form during long notes, and the overload of colors on fever mode all add up to your groove. It’s fun seeing all these stuff happen on the screen as you hit note after note. Not only that, but these animations and effects are well made and the artwork is just stunning.

Sorry folks, you won’t be hearing English songs here as everything is in Japanese or just pure instrumentals. Despite that though the available songs are amazing and easy to get addicted to. I myself have started amassing quite the collection on my favorites music tab and even slightly dancing to the beat of songs more often than not. We’re treated with 40 songs in the base game and a few more per DLC. The initial 40 though is more than enough to entertain you for quite a while.

Of course, a game isn’t always perfect. So, here are the reasons why you might not give Muse Dash a pass.

Even when the devs added in a few more twists like evading obstacles and hitting notes multiple times, with just two note lines, actions are a bit limited. There’s only so much they could do to increase the difficulty, which ultimately ends with just peppering players with numerous notes. Granted that’s how most Rythm games up their ante, but with just two lines you’re left with little flexibility and screen space. Which brings us to our next problem.

The Screen can get a little crowded at higher difficulties

With tons of notes flying at you, it’s easy for the screen to get crowded. Especially when the notes are of different forms such as cars, robots, vampires, and the like. This will be even more evident once you reach higher difficulties as notes will stack from the top and bottom lanes at a steady pace, often times overwhelming you. With the number of notes on the screen, it’ll be easy to miss some of them despite having memorized the patterns of the song. Not because you can’t hit them but rather it’s hard to see them.

Muse Dash is a fun little Rhythm game with its own unique twist. The combat, while mostly eye candy, provides more engagement during gameplay and the bosses introduce a new level of pressure. Not to mention, the artwork is just stunning, including the effects and animation. Most of all though the soundtrack is just amazing, we have songs for different tastes and each one is easy to get into. The few negatives we noticed are not even that bad and if you’re an avid fan of the genre you’ll easily disregard these oomphs.

Newcomers also don’t have to worry, as starting stages of songs are relatively slow-paced and easy. For the price of $2.99 (~Php 153), you’re getting more than money’s worth. The base 40 songs have hours of gameplay behind them and if that’s not enough you can grab a DLC for about $29.99 (~Php 1,535). The Switch version is one whole package with DLC included priced at $29.99 (~Php 1,535), which is still not a bad deal. So should you Pause or Play Muse Dash? The verdict?

Play it to your heart’s content as its an amazing little title with great artwork, an amazing soundtrack, and a unique twist.