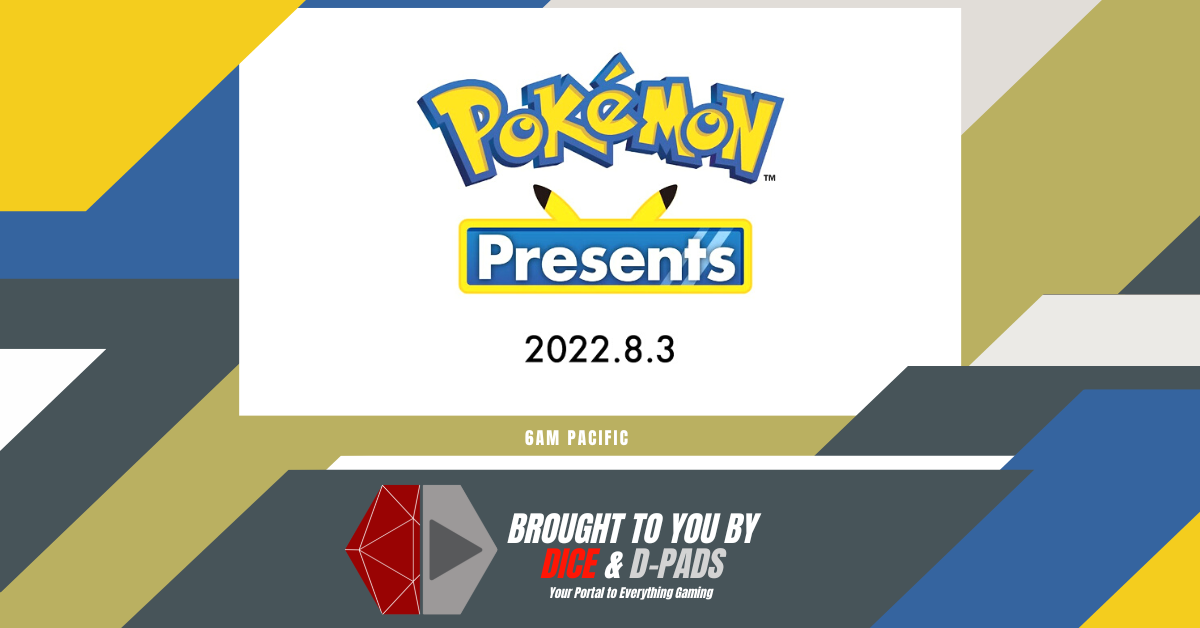 We got some more juicy tidbits from the recent Pokemon Presents as we wait for the impending release of Scarlet and Violet. The short but sweet 20-minute presentation not only includes news from the upcoming games but also from the rest of the currently active titles and even the annual tournament. So without further ado, here are the Pokemon Presents August 2022 Announcements.

After 3 years in the dark, the Pokemon World Championships is back for a physical event this 2022. The tournament begins on August 18, 2022 and runs until August 21st in London. It will include everything Pokemon from the trading card game to the mobile titles and even the console battles. Making their debut at the Pokemon World Championships are Pokemon Go and Pokemon Unite. Attendees of the event can still enjoy even if they aren’t competing as Pokemon set up pop-up shops showcasing a large collection of goodies. Those who can’t personally attend can watch the Championships unfold online.

After heading to Berlin and Seattle the Pokemon Go Fest’s next destination is Sapporo, Japan on August 27, 2022. Once again, the game will feature Ultra Beasts but it will be a global event. So everyone can participate in battling and engaging these Pokemon. Players may also encounter Pokemon they don’t normally see in their area and the Legendary Pokemon Shaymin. A new feature coming to the game is daily adventure incenses that last for 15-minutes. This item attracts pokemon not normally seen in your area as well as possible Legendaries.

The game is currently celebrating its first Anniversary with some special events and drops. One of these is a unique mode dubbed Pika Party, which starts on August 3rd and runs until September 1st. The event is a quick battle where all players and even wild mobs are Pikachus. Moving on, Buzzwole will now be part of the Pokemon Unite roster starting August 3rd as an all-rounder. Then as an anniversary special players will get licenses and Holowear for Pikachu, Blastoise, Lucario, Sylveon, and Snorlax.

The now three-year-old Pokemon Masters EX is getting a new feature this August dubbed the Trainer Lodge. However, that’s all the details we got from the stream. Apart from the promise of more announcements soon.

Mewtwo returns in Pokemon Café ReMix and players can recruit the Legendary Pokemon by conducting 1-minute cooking scenarios. The stream also gave out tips on how to do these one-minute cooking. Since Mewtwo loves small plate orders, players are encouraged to create a team that specializes in them. After which, just keep on mixing mad and after enough runs, you will be able to add Mewtwo to your staff roster. If you’re looking for more staff members to add then Latios will be joining the game at a later date following Latias who was just added to the game today. Lastly, from today until August 11th, one express delivery each day will be available for no cost.

Players eagerly awaiting the release of the next generation of Pokemon are given more teasers in this Pokemon Presents. Check out the wave of announcements and re-reveals shown in the stream:

A fun and quirky utility for the Legendary Pokemon of both versions — Players will get to ride the titular Legendaries of the new titles. Scarlet will have Koraidon and Violet will get Miraidon. Apparently, these two Legendaries transform into different forms of transportation for Land, Air, and Sea travel.

Players are enrolled as students at the Naranja (Scarlet) or Uva (Violet) Academy and will participate in a special project known as “Treasure Hunts”. They get to choose between three main storylines in no particular order. One will have the classic Pokemon Gym progression system. Although you won’t be fighting the leaders in a linear fashion like before. Instead, you get to choose in which order you fight them. The other two weren’t specified but were teased to have many surprises and discoveries.

With a new version comes Pokemon native to that game’s region and new forms for previous species. Some of the new Pokemon we’ll meet are Fidough, Cetitan, and the three starters — Sprigatito, Fuecoco, and Quaxly. As for those new forms of previous species, we have Paldean versions of some familiar Pokemon such as Paldean Wooper.

The next generation of Pokemon means we also get a new mechanic such as the Mega Evolution, Dynamax, and Gigantamax in previous generations. For Scarlet and Violet, we get the Terastal phenomenon. This new feature transforms pokemon into crystals, literally making them shiny, we see what you did there Game Freak. Apart from having a glamorous form, Pokemon who undergo this transformation provide various boosts and sometimes even change their type.

Pokemon with rare Tera types typically appear in Tera raid battles, a co-op encounter similar to what we have in Pokemon Go. A party of up to four players can take on this challenge. Although unlike the conventional turn-based combat we’re used to, players can heal and attack without having to wait for each other. After successfully finishing a raid, players are given the opportunity to catch the Pokemon they just fought.

That’s it for all the juicy tidbits during the 20-min Pokemon Presents for August 2022. It may have been 20-minutes only but we got a lot of announcements and surprises. If you wish you watch the entire stream you can head on over here.

Watch Dogs Legion lets you play as anyone