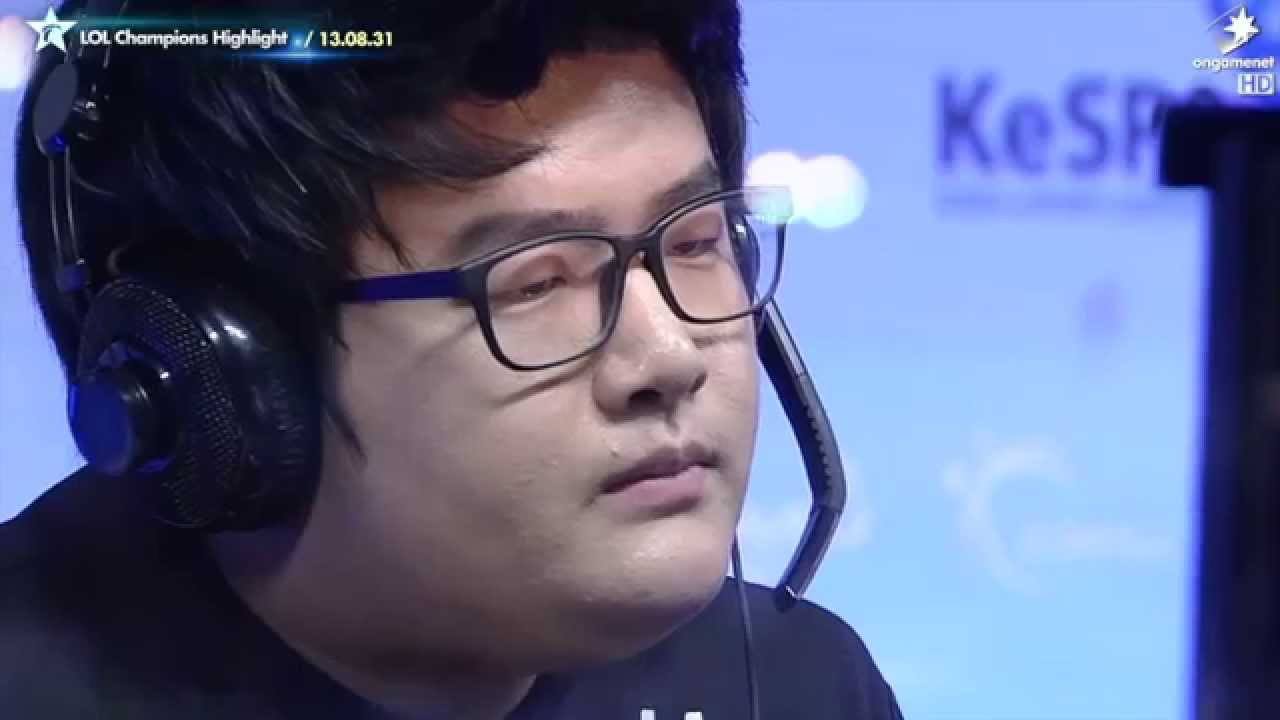 When LoL was young and Faker was a but a whisper…

It was a rainy August night in Seoul, South Korea, but the downpour wasn’t going to stop history. The nation’s eyes were fixed on the biggest League of Legends (LoL) event in the country: the OGN Champions Korea 2013 Summer final. Little did we know on that night, an esports legend would be born and LoL’s greatest dynasty would rise.

On the afternoon of August 31, 2013, fans packed the Jamsil baseball field for a clash of titans. It was the el classico of Korean esports: KT Bullets (KTB) vs SK Telecom T1 (SKT). The two teams shared the longest rivalry esports has ever seen, spanning over a decade and multiple games. They called it the telecom wars, after the two telecommunication giants that sponsor each team. Whenever and wherever they fought, the battle would surely be a legendary one.

Adding to the rivalry were the virtually opposite playstyles of each team. On one hand, KTB was the “teamwork makes the dream work” squad. They relied on map rotations and objective control to pick up wins. Anchored by Go “Score” Dong-bin in the AD Carry position, they took down Korea’s old guard throughout the season. On their way to the final, they defeated CJ Entus Frost and Blaze, teams that sported the likes of Ambition and Madlife.

On the other hand, SKT was all about individual excellence and outplays. The team was mostly comprised of solo queue’s most promising talents. Among these were Chae “Piglet” Gawing-Jin and Lee “Faker” Sang-Hyeok. At the start of 2013, SKT were the new kids on the block, but it didn’t take long before they became the top dogs. They placed third in their maiden season and were hungry for a title, taking out rivals MVP Ozone (now Samsung White/ Gen.g) in the semis.

At that time, most analysts regarded KTB and SKT as the two best teams in the world. Both teams had never won a domestic championship before, so the stage was set for one of the most exciting Champions finals yet.

A back and forth final

The best of five that transpired was exactly what you’d expect from a matchup of this magnitude. To this day, many experts and analysts consider it to be one of the best Champions finals ever.

Games one and two saw the objective-oriented playstyle of KTB dismantle the individual prowess of SKT. The bullets opted for a push comps, placing team captain support, Won “Mafa” Sang-yeon on his signature fiddlesticks. Score played the game of his life on Ezreal, sniping SKT members form across the map. SKT crumbled under the well-coordinated roams from mid-jungle duo Ryu “Ryu” Sang-wook and Lee “KaKAO” Byung-kwon. It seems that victory was inevitable for KTB as they nabbed a commanding 2-0 lead in the series.

With their backs against the wall, SKT knew they had to switch things up. They banned out key components of KTB’s earlier compositions and constructed deadly pick comps for themselves. As a result, the tides had turned in SKT’s favor in games three and four of the series. Here, Faker’s excellence on assasins like Zed and Ahri shined through. Combined with the deadly pick potential of Bae “Bengi” Seong-woong’s Vi and Lee “PoohManDu” Jeong-hyeon’s Zyra, SKT was a force to be reckoned with. In the end, SKT clawed their way back to tie the series 2-2.

As they day rolled into the night, the rain was pouring harder than ever. The 2013 OGN Champions Summer Final was at a fever pitch. It was time for a do-or-die game to crown Korea’s greatest team- it was time for game 5.

In best-of-5 series today, all games feature pick and ban as a means for both teams to select their champions. Each side gets to ban out champions that they don’t want their opponents to play as they form their own composition. Back then, game five featured blind pick. There were no bans and draft order; teams could pick whatever they want.

Both teams stuck to their guns and tailored their compositions around what they did best. KTB returned to their objective-focused gameplay as they drafted Evelynn, Fiddlesticks and Caitlyn. On the flipside, SKT stuck to their pick comps, with Vi, Vayne, and Zyra. However, both teams did have similar picks. In particular, both top laners were on Shen, and, of course, both mid laners were on Zed.

The infamous game five started out with both teams neck and neck. After a messy early skirmish, SKT and KTB traded kills and objectives across the map. At the 20 minute mark, SKT broke the deadlock as they won a decisive teamfight after picking out Score’s Caitlyn. SKT were hammering on KTB’s base when Faker took two tower shots, dropped to 25% health, and was chased by a full-health Ryu.

Faker, what was that?!

It was a Zed on Zed duel for the ages: two of Korea’s best mid laners fighting for their championship lives. Despite the massive health disadvantage, Faker turned the tables on Ryu. With the help of the Quicksilver Sash, and insane mechanics, Faker pulled off an outplay that can only be described as godlike. The crowd roared in disbelief as English caster Erik “DoA” Lonnquist dropped the ever-iconic line:

The outplay shattered the morale of the KT bullets, leaving Ryu stunned. SKT charged their way through KTB’s base, eventually winning game 5 and the series, completing the reverse sweep. It was the maiden title for the young SKT squad and the world began take notice of the unkillable demon king lurking in Korea.

This wasn’t the last time SKT and KTB would meet that season. Once again, they faced off in Korea’s regional qualifier for the 2013 world championship. Riding a wave of success, SKT dismantled the bullets, 3-1, to book their ticket to the world championship. The rest, as they say, is history.

The rest is history

Clips of Faker’s outplay spread throughout the community and he became a sensation overnight. Seven years later, Faker stands as the greatest league of legends player of all time. He became the face of esports and remains a household name in Korea to this day. In LoL Esports, the name of Faker has become synonymous with excellence and brilliance.

The win also ushered in the rule of SK Telecom T1 as League’s first dynasty. Since then, the organization has bagged three world championships, two mid-season invitationals, and nine domestic titles. SKT (now rebranded as T1) became the gold standard for any LoL organization.

On the other side of the court, the next seven years would be filled with agony for the KT organization. Their sister team, the KT arrows would win the 2014 Champions Summer title but miss out on worlds. They became the only team to win the summer split and not attend the world championship. Score and KT would attend numerous finals over the next few years but would win none of them, until 2018. Despite their misfortunes, KT’s players have moved on to other teams where they have achieved success.

League of Legends seven years ago was a completely different game from the one we know today. Our understanding of the game has also grown exponentially since then. Despite this, Faker’s outplay on Ryu is considered by many to be the greatest of all time. The events on that rainy summer night went down in history, shaping the League of Legends landscape for years to come. Seven years later, perhaps it’s time for another player or team to take the world by storm.

All Aboard! Why you Should Play Mini Metro