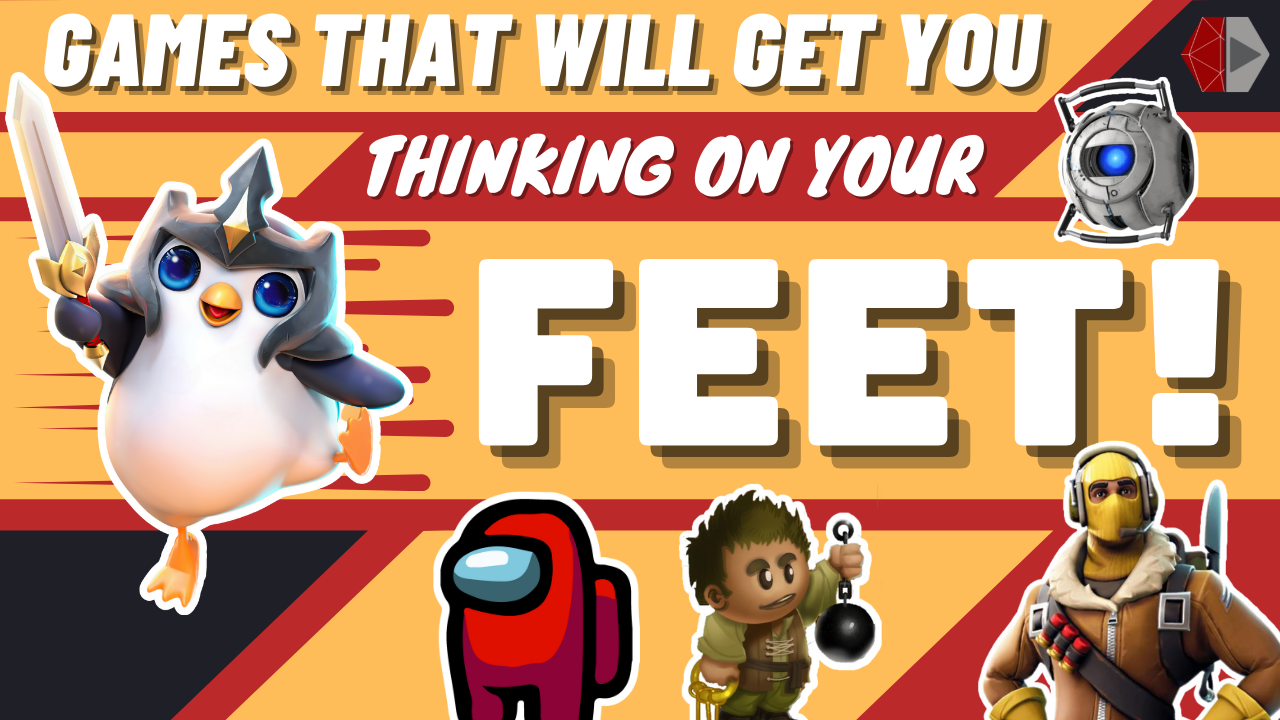 Gaming has always been seen as a lazy man’s escape from the real world, a meaningless activity at worst even. We have however proven that it isn’t entirely true as gaming sometimes yields skills that keep our minds sharp. Let’s take a dive at a shortlist of games that will have you thinking on your feet.

By now I’m pretty sure that most of us have played or tried League of Legends. Whether you played for a long time or just tried it, you should have seen the other game modes. Aside from the typical ARAM (All Random, All Mid) you probably have noticed the Team Fight Tactics (TFT) mode.

The fast-paced gameplay of Leagues may be tiring, so how about a game of TFT? this mode offers you the choice to chill and think of your next strategy and build. Sounds easy? perhaps. However, you get every item, character, and even trait at random. So you have to think hard but do enjoy the challenge. Did I mention that you’re up against real people?

If murder-mystery documentaries are your cup of tea, then this game is for you. The Town of Salem welcomes you to try and solve its mysteries. Town of Salem is a complicated game of werewolf where everyone has a role to play. Survive long enough as a town member, or be one of the bad guys and kill off your competition.

But if you fancy something a bit crazier, you could play the free-for-all roles where all roles are available. Just a reminder that not all roles are aligned to one group. Roles like the Jester, Witch, and Werewolf work independently and can win the game on their own. So always be mindful of the role that you are given or playing.

You’re probably wondering why a battle royale game made the list, and perhaps you won’t agree with me. However, Fortnite has proven itself worthy of being on the list. Battle royales are already a challenge itself, from playing smart to staying alive to be in the top 10. However, Fortnite has set itself a cut above the rest with its building mechanics which acts as its bread and butter.

Buildings can be created by foraging materials from destroyed objects throughout the game. Use your foraging tool (the melee weapon) or by picking up materials from loot boxes. There are items that will auto construct buildings as well, making the building part easier. Aside from that placing traps in these spaces can help you deter other people from pushing into your spot. Thus making Fortnite something that will literally make you start thinking on your feet.

Who knew that a simple brain teaser would be an instant hit? Well, I think WORDLE did. It’s a simple guessing game where you literally have to guess the word of the day. It may seem simple right? so why did it become a hit? Perhaps it is because you could share your daily results with other people. Imagine guessing the word in a single go and broadcasting it to family friends.

So why again is it hyped? Maybe due to it being a daily brain-teaser. A single word is guessed on a daily basis (resets at 00:00 or 12 midnight in your timezone). Well be it you’re playing to brag or to train your mind, wordle will get you thinking on your feet.

What’s more exciting than playing tricks on your friends and winning? Well playing tricks on your friends and watching them take each other out. That is what Among Us is all about, betrayal, lies and gaining each other’s trust. Play either as crewmates whose job is to survive and win for their team or as an impostor who aims to kill everyone else.

However, the job for both isn’t easy as everyone has a shared task gauge meaning that everyone could be faking it. There are also gadgets and tools to check each and every player’s move. However, your real task is proving whether someone is guilty or not. So let’s see if you could prove your innocence, or get away with murder.

Do you miss playing Snakes and Ladders? how about Dungeons and Dragons? Backgammon? It just sucks that the pandemic got in the way of playing it with your friends. Fret not, however! as you can play these games on your computer with Tabletop simulator. From simple party games to complicated tabletops like Massive Darkness, this simulator has it all.

Gone are the days of playing these tabletops alone at home, you can now bring the entire party to your computer. Play whatever your heart desires with your friends. This simulator will surely have thousands of games for you to enjoy.

Developed by Valve, Portal seems to be a not-so-violent version of Half-life, so yes there is pretty much no shooting involved. However, you make your way in a series of tests wherein you try to survive the hellish puzzles made by GLaDOS. Good thing that you have your trusty portal gun, to warp yourself and navigate this deadly facility.

But what’s better is that you can do it with a friend in Portal 2. You and a friend can now play with one another as the two of you try to beat GLaDOS yet again. This time however there are a lot more traps and new functions that will have you both thinking on your feet.

I do hope that you will find these games challenging enough for you and your friends. Take your time and concentrate on finding solutions to your problems, and don’t be discouraged. Well, see you next time.

The Steam Halloween Sale is upon us