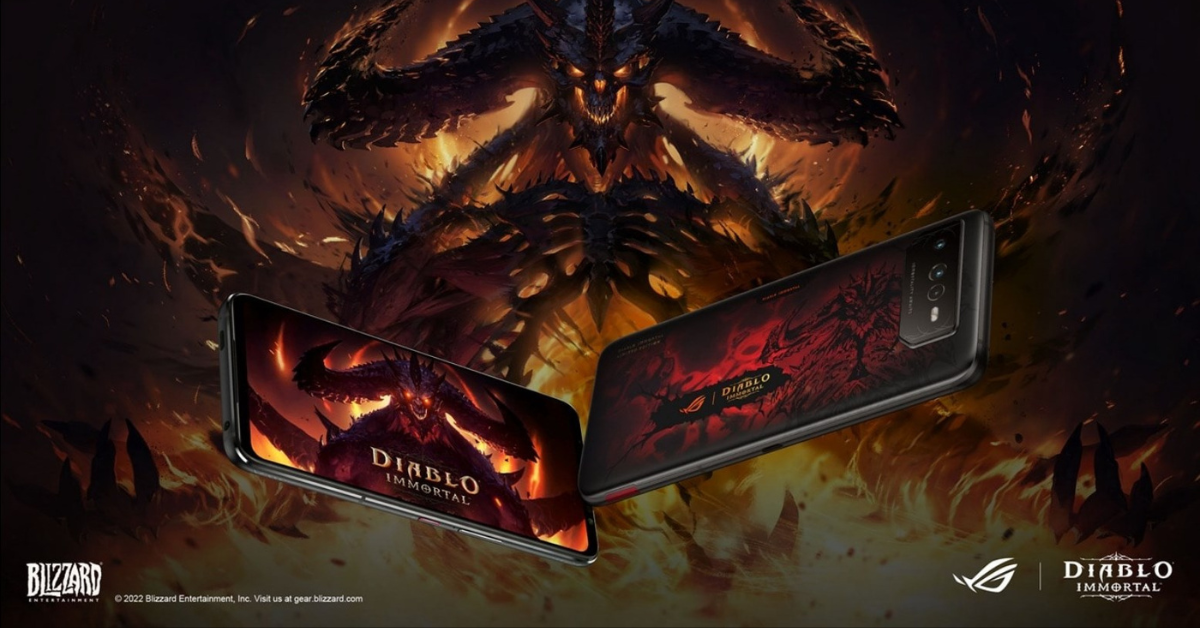 ROG ain’t done yet with the special versions of their ROG Phone 6 as we are now getting another after Batman. This time around, the Republic partners with Blizzard to give us an ROG Phone 6 Diablo Immortal Edition.

Much like what we had with the Batman Edition, this new version of the ROG Phone 6 features its own gimmicks and goodies. First up, of course, is the Diablo Immortal glow-up as the phone dons a skin inspired by the game. Then inside the box, which is a copy of the Worldstone, we’ll be getting a whole slew of Diablo-themed accessories.

Such as a special Aero Case, a light torch, a unique ejector pin, and a Map of Sanctuary. As with the Batman Edition, the specs on this are exactly the same as the standard ROG Phone 6. The phone will be available for purchase sometime in Mid-December for Php 68,995.