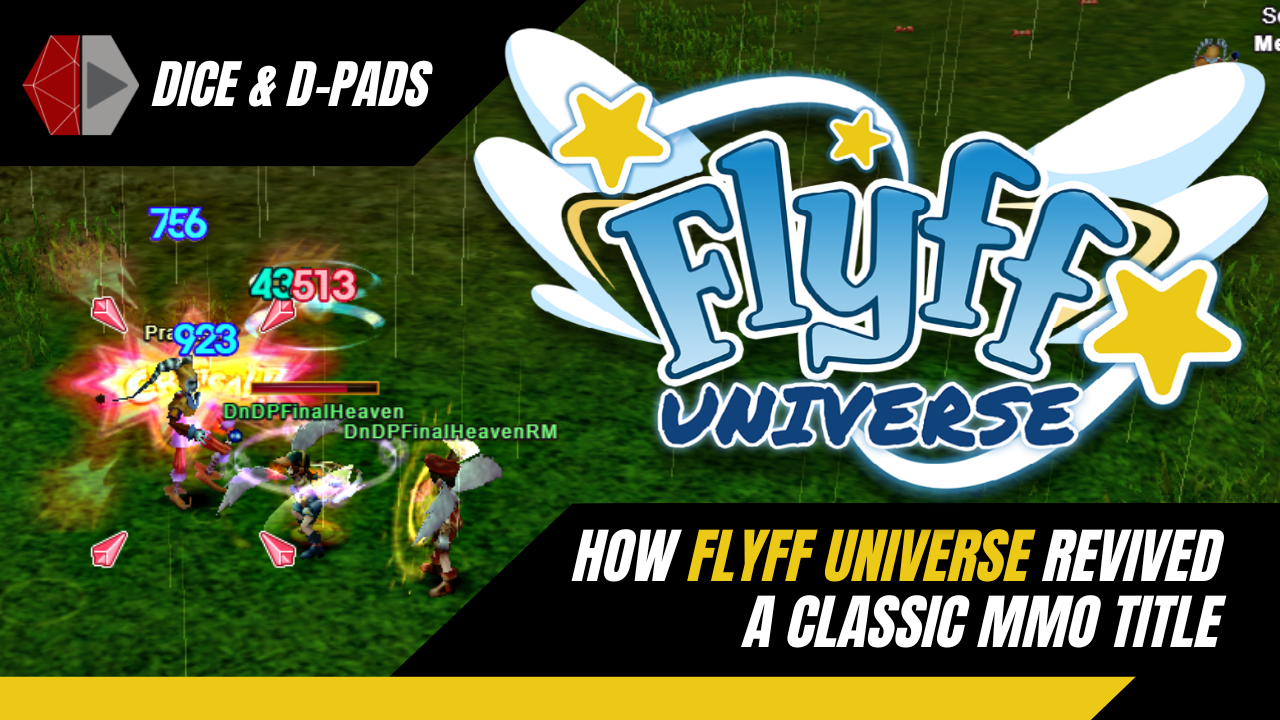 During the 2000s, when the internet in the Philippines was still accessible via dial-up connections, lots of classic MMORPGs arrived and became available to Filipino gamers. These include famous games such as Ragnarok Online, MU Online, Ran Online, Gunbound, O2Jam, and many more. However, one game that took my heart, even to this day, is Flyff Online.

Flyff’s main attraction point is it was the first online game to utilize flying in a 3D MMORPG. As a kid back then, I immediately got hooked to the point where I didn’t even notice time passing by when playing. As a student as well, I only had limited resources such as time and money. Whenever I get a chance to play (only on weekends due to school activities), I make the most out of it. It was my first full 3D online game so naturally, it stuck with me for years because it was the latest innovation for games back then. Unfortunately, after 9 enjoyable years of being with Level-Up Games, it met its end in 2015.

The Hunt For Good Servers

During this period, a lot of people, including myself, were constantly on the lookout for Flyff servers that were still alive and kicking. From there, I found joy in playing on private servers where the game was heavily modified including the amount of EXP (Experience Points) gained when killing monsters. One of the most famous and longest-running servers is Insanity Flyff. I had a blast due to its fast level-up system and high drop rates. What’s great is it incorporated lots of pop culture costumes that you can equip without spending real money.

To this day, this server is the number 1 private server given its active community and responsive devs that listen to the players. Next, I ventured to an international official server called gPotato Flyff (it shut down as of writing). It’s similar to how Level-Up Flyff works, but it offers more for beginners or those playing it for the very first time. It includes providing armor sets and weapons to your characters with decent stats.

This server satisfied me for a period of time, however, I couldn’t fully enjoy it due to its high latency. It’s because I’m playing from the Philippines and gPotato’s servers are located in the west. Many years have passed and I still am hungry for a vanilla experience in a fresh server allowing me to play from scratch along with other people. Then just two months ago, my thirst was finally quenched.

The Start Of Something New

Gala Lab, the makers of Flyff, cooked something revolutionary and brought a modern take to its beloved MMORPG. Flyff Universe was born and it offered very refreshing features along its launch back in June.

For the first time in more than a decade, the company has developed Flyff Universe which is cross-compatible for both PC and Mobile. Not only that, but you can also play the game easily on your device’s browsers instead of downloading an installer for it.

Play On PC Or Mobile? No Problem!

If you’re just at home or always on the road, playing Flyff has never been this easy. Its cross-platform compatibility makes the game really enjoyable since more gamers are on their smartphones than on their PCs.

Each day, you only need to log in and spend at least 40 mins in the game to receive random useful rewards. Be it potions or buff items that last for 30 mins, it’s a neat addition to keep players coming back to the game.

If you logged in for 5 or more consecutive days, you’ll be able to receive 5 random items via its “connection series” tab.

As of writing, the level cap is still at 120 which makes your grind worthwhile. Given that everyone starts at level 1, surely there would be a lot of interactions with other players grinding in the same area as you. This makes the leveling mechanism of Flyff go back to the way it was intended to be in the first place.

Added Skills for Each Class

Each class comes with a unique new skill that players can try. For example, Assists going to the Ringmaster route can now play around using their Sticks as their primary weapons. This is thanks to the new skill that damages enemies over time by casting it. You can check out all the new skills here.

As someone who experienced almost all the grinding methods in Flyff, I would say this is a refreshing way to play again. Finishing quests are satisfying again since it gives a lot of experience points and free items and equipment. Moreover, you can unlock more inventory slots for your character after finishing chain quests.

Flying Monsters Are on the Rise

As mentioned earlier, quests are worth getting now. This involves hunting monsters both on land AND air making it much more interesting again since you will use your flying contraptions more frequently.

Killing monsters has never been more exciting. As someone who traverses the F2P (Free To Play) route, I can definitely say that you’ll get rich without sacrificing much of your time, and real money. In my experience, I frequently get equipment drops in 1 of 3 monsters that I kill. The rarity varies from common to uncommon to even unique. Most of the time, I get uncommon, so selling equipment to NPCs (Non-Playable Characters) nets a decent amount of Penya.

Flyff Universe has great integration from all the versions that came before. The developers made it a point that to take all the good parts of each version and put them together without breaking the game.

An example of this is the option to change to different UI themes. You can switch to the classic style of light blue and white or go with gold and black. Apart from this, here are more additional features that they added:

One thing that I like about Flyff Universe is its dedicated community, mods, and developers. Their discord server lets players know about upcoming events, updates, and new features right away. There are also dedicated class channels where other players can ask various things about their classes.

Overall, I find Flyff Universe the perfect Flyff game for newbies and veterans alike to join and enjoy this classic together. I am currently level 66 (Blade Class) and this just proves that you don’t need to spend real money just to get strong in this game.

What do you guys think? If you’re interested in trying it out, feel free to hit me up and I’ll show you around the world of Roika.

One Punch Man: A Hero Nobody Knows announced for PS4, Xbox One, PC