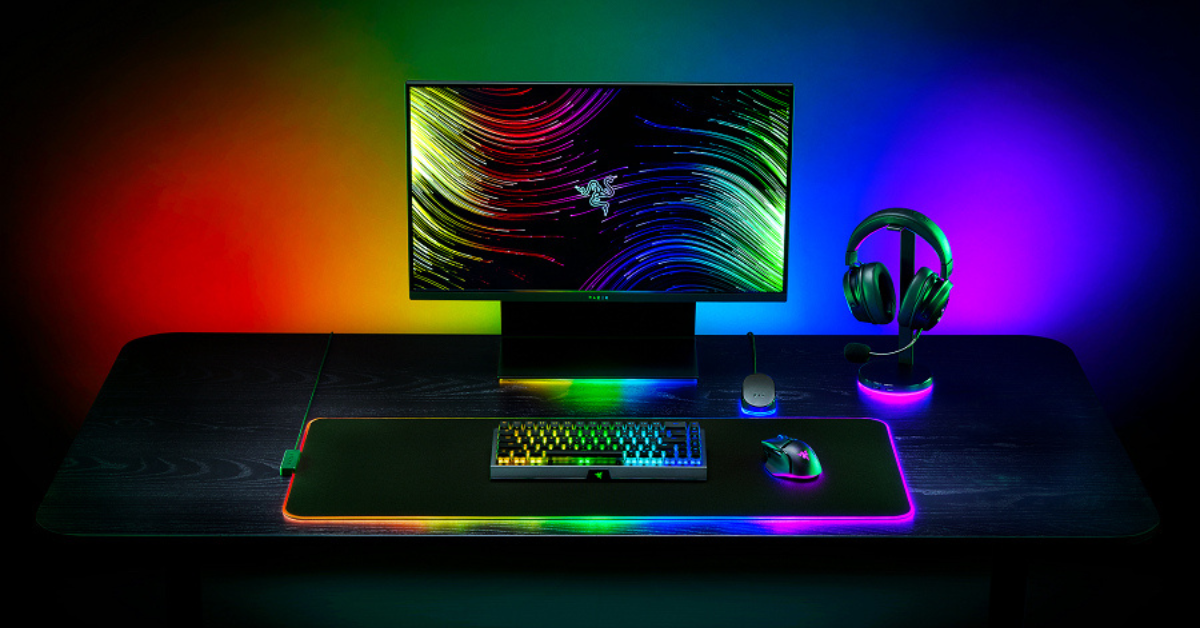 Razer is on a roll this year as they keep on pumping product after product. From mice to keyboards and now gaming mouse mats. Today, Razer debuts the Strider Chroma and Goliathus Chroma 3XL.

The Strider Chroma is a hybrid soft/hard mat offering a smooth surface for agile mouse movement. The mat is 900 x 370 mm and 4 mm thick providing ample space and size for your keyboard and mouse. We also got an anti-slip base for that extra grip on your desks and tables as well as warp-and-water resistance for better durability. Of course, it’s not called a Chroma by Razer if it doesn’t have lighting. As such the Strider Chroma features multi-lighting zones with 19 customizable areas powered by, well, Razer Chroma. So, the mat can also pair with your other Razer peripherals that support the brand’s lighting ecosystem.

Now for the huge Razer Goliathus Chroma 3XL, you already know it’s big just by its name. Razer spared no expense in coverage as this is a massive 1200mm x 550mm mat though it’s relatively thin at just 3.5mm. The Goliathus Chroma 3XL, unlike the Strider, is a completely soft cloth surface mat for those precise and exact cursor movements. Then we have a non-slip rubber base for its grip as well as Razer Chroma support because again it’s in the name. The Strider Chroma has a price tag of Php 8,490 while the Goliathus Chroma 3XL is at Php 6,990. Both mats are available at the razer website, Shopee, Lazada, and authorized retailers nationwide.