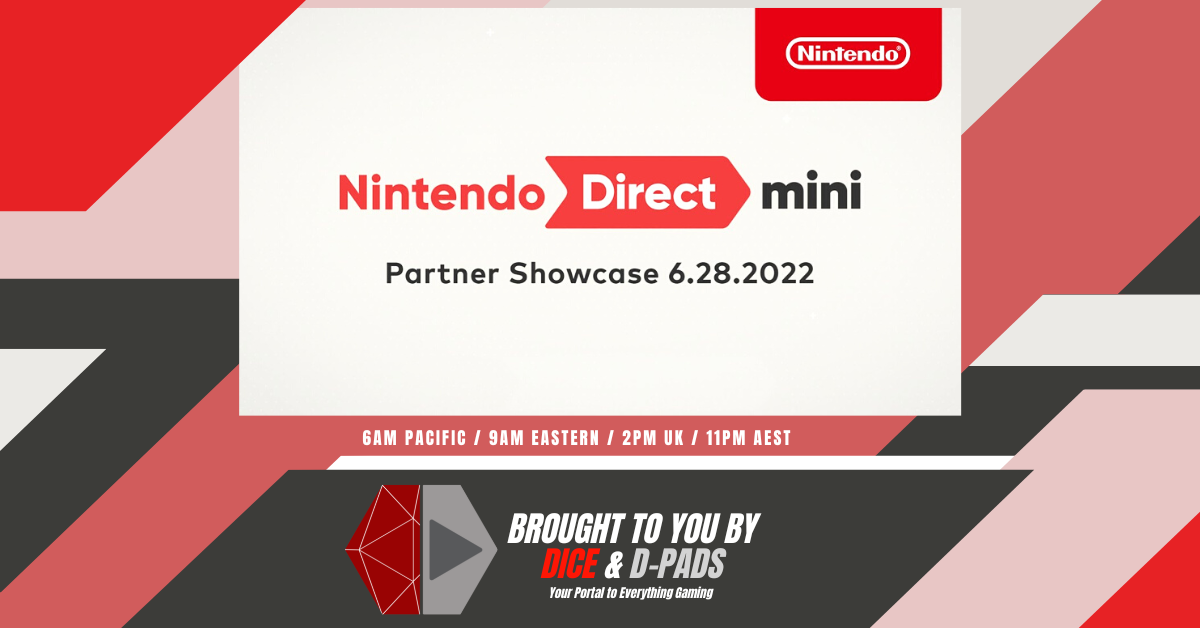 While this is just a mini direct, there were still some shocking announcements in the June 2022 Nintendo Direct. Let’s talk a look at all those juicy tidbits.

Just 2 days away from the release of Monster Hunter Rise: Sunbreak, we get yet another trailer. Most of what was featured we already saw but there were some new stuff. Such as the reveal that we are not only getting Gore Magala but also its shinier form, the Shagaru Magala. Plus, we got to see the G-rank forms of some of the current monsters. Blade Liger ala Magnamalo anyone? Either way, this trailer is sure to further increase the hype for Sunbreak.

NieR:Automata The End of YoRHa Edition

This edition of NieR: Automata includes all previous releases for the game plus additional modes and costumes. The Switch edition will also have its own exclusive skins at launch. This version of NieR releases October 6th.

A new Bomberman game is in the works and will be a direct successor of what was one of the Switch’s first titles back in 2017. Say hello to Super Bomberman R2, featuring new and returning characters of the franchise. Not only that, but we’re also getting a new game mode — the Castle mode. This one is a 16-player battle mode where a team of 15 goes against a single defender. Players can also create their very own castle stages and share them with the rest of the world. The game releases sometime in 2023.

We’re getting a remake of PAC-MAN World hilariously named PAC-MAN World Re-PAC. The game originally launched back in 1999 for the PlayStation 1 showcasing PAC-MAN in 3D form. The classic platformer gets some modern retouch and launches this August 26th.

Fans of the classic RPG are treated to a demo release that happens later today. For those hearing Live a Live for the first time this version coming out features HD2D graphics compared to the original release way back in 1994. The demo has three chapters with save data transfer for anyone who wants to grab the game after completing what the demo had to offer.

Doraemon Story of Seasons: Friends of the Great Kingdom

The follow-up to Doraemon Story of Seasons launched back in 2019 puts players on an unknown planet with Doraemon, Nobi, and the gang. The game features 2-player co-op, becoming one of the rare titles of the story of seasons/harvest moon series to offer such. The only other game of the franchise that has it is Light of Hope. Doraemon Story of Seasons: Friends of the Great Kingdom releases sometime this year.

One of Square Enix’s latest creations is a life simulation RPG dubbed Harvestella. Farm, cook, craft items, and even do combat in a fantasy sim game with elements of Final Fantasy. The game, much like any life simulation that involves farming, runs in four seasons (Spring, Summer, Fall, and Winter). However, there is a fifth devastating season dubbed the Quietus. Also known as the season of death, during this time crops wither and life is threatened. Harvestella releases this year on November 4th.

The last announcement to come out of the June 2022 Nintendo Switch Direct Mini is the biggest bomb of them all. A slew of Persona games will release on the Switch come October 21st. These include Persona 5 Royal, Persona 4 Golden, and, Persona 3 Portable.

That’s it for all the juicy tidbits that came out of the June 2022 Nintendo Direct Mini. However, if you want to watch the entire show with the rest of the small announcements then head on over here.