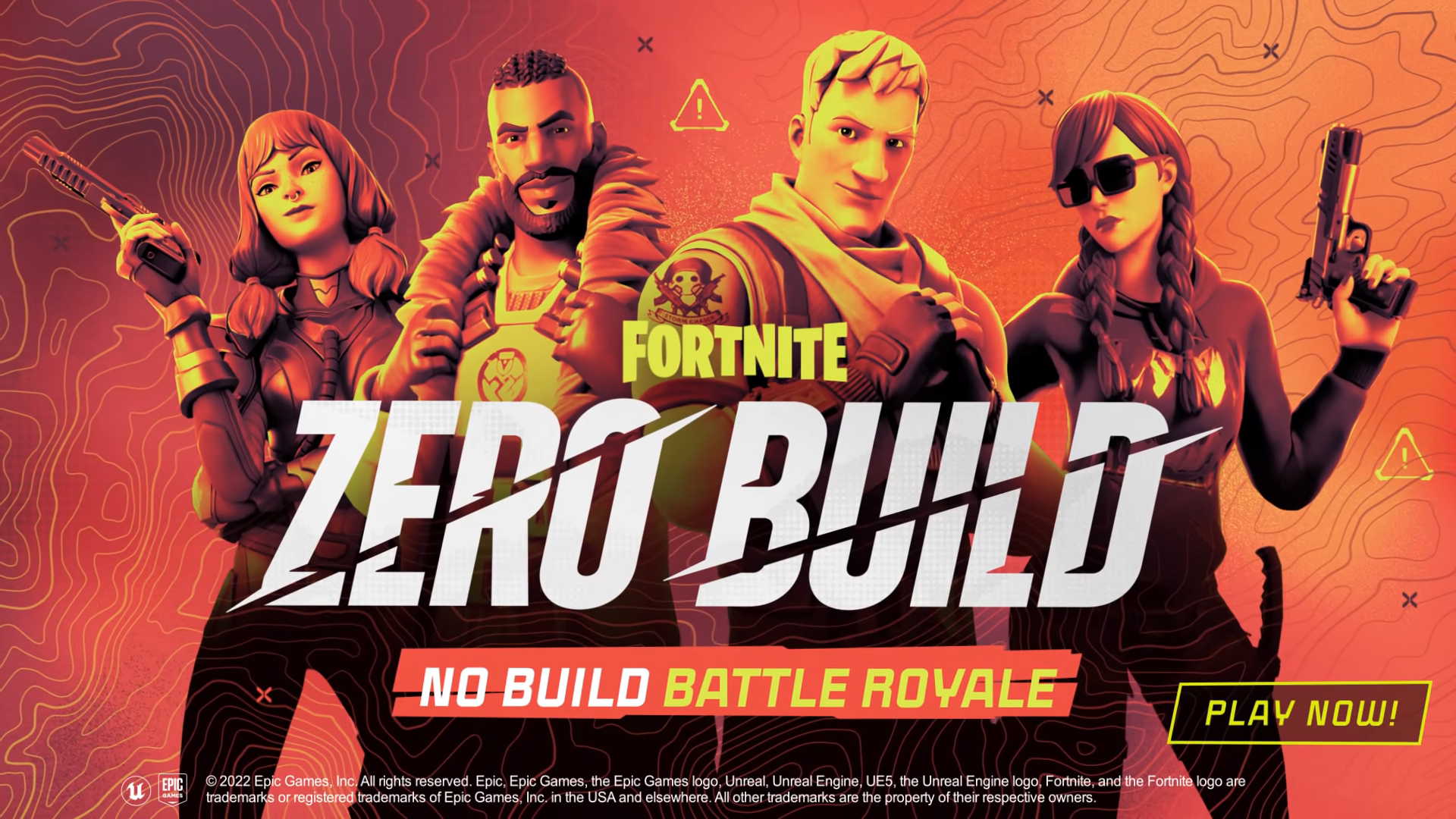 The March 29 Hotfix for Battle Royale ver. 20.00 intensifies Fortnite’s game mode with a new added weapon and a new cosmetic item. Aside from that, there will be an upcoming Lantern Event that includes Lantern trials and bundles.

With building gone, you could acquire Ascenders to access Blimps, or use Mantling to get to higher grounds. The player also has a recharging Overshield as their first line of defense. (Read more on the Chapter 3 Season 2 update).

This mode can be found in the discover tab. Meanwhile, it is playable as Solo, Duos, Trios, and Squads.

The Anvil Rocket Launcher is an anti-vehicle weapon that can lock-on an enemy vehicle. This weapon can be found in regular and Rare Chests, in Seven Supply and Imagined Order or IO Chests, in Supply Drops, and from sharks.

Two Combat rifles will be available for testing and voting during this even.

Both rifles scattered throughout the Island from Saturday, April 2, at 4 AM ET to Monday, April 4, 2022, at 11:59 PM ET. After the trial period ends, you can vote for your favorite rifle by contributing Bars at Donation Boards. The first weapon to reach 100% will be implemented in the game’s drop pool.

Lanterns are hanging along the streets of certain Point of interest. Take a picture featuring one of these lanterns and share it on Twitter with the hashtag #Lantography2022. The owner of the most favorite photos will win a Cameo Needs Loot! Emoticon.

The Diamond Pony Glider will leave a rainbow trail in your wake and it is available for 1,200 V-Bucks starting now. To know more about the latest hotfix and updates, visit their patch notes here.

You can grab a copy of Fortnite at the links below: