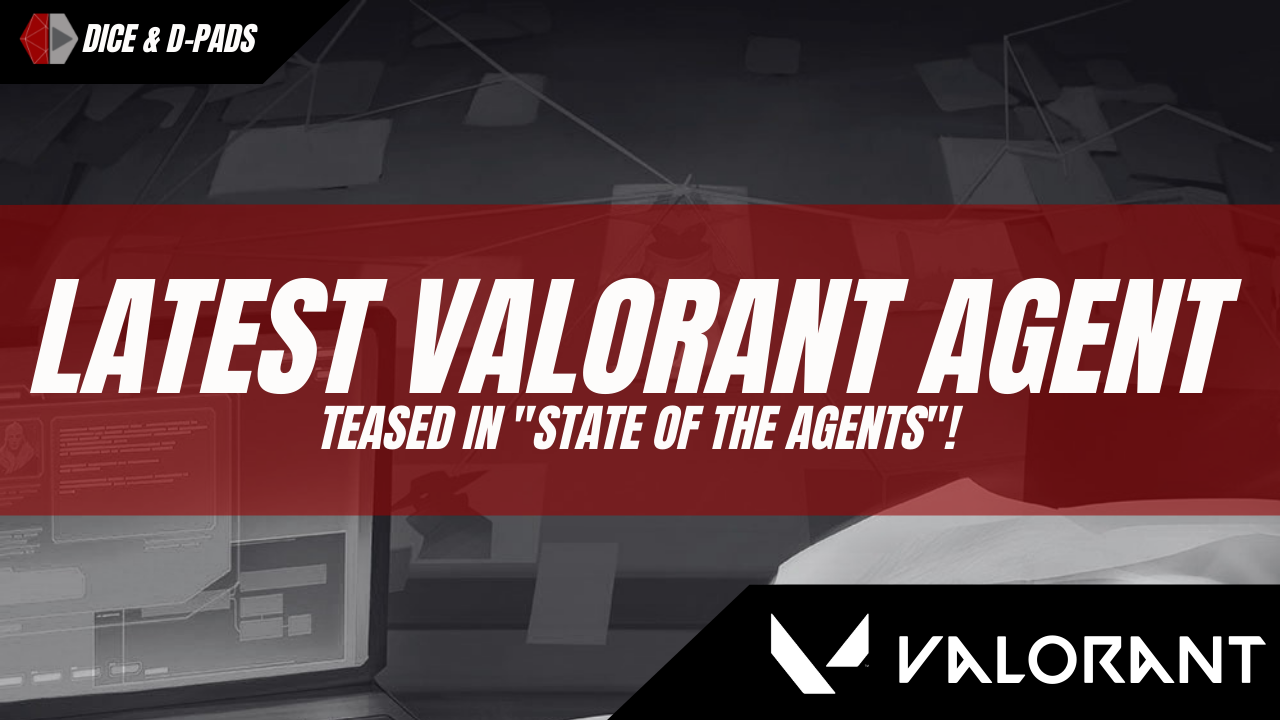 In Valorant Team’s latest “State of the Agents” update, we get a glimpse of the game’s upcoming agent! According to Valorant Character Producer John Goscicki, the agent will focus mainly on an Initiator play style with an emphasis on reconnaissance and information gathering.

“This next Agent should give you a more…intimate feeling when hunting down enemies. Of course, there is our theme—but the thought of giving away too much frightens me so I’ll leave that out,”

He also gave some insight into the development of new agents for the roster. As mentioned, it takes about 12-15 months to make a new agent. Likewise, specific aspects are taken into account in the process including: what are missing from current playstyles, thematic opportunities, and game health. All things considered, the upcoming agent has likely been in development since 2021.

“OUR FOCUS EARLY ON WAS IDENTIFYING UNIQUE GAMEPLAY DIFFERENCES WITHIN THE REALM OF RECON/INFO AND LANDED IN A SPACE THAT HAS MORE “LOCALIZED” INITIATION AND RECON TOOLS.”

Valorant players have reported encounters with different cards labeled with a single diamond eyeball revealing the names of the different agents in the Valorant roster, compromising the Valorant Protocol. In addition, the Valorant Protocol have only referred to the new agent as the Blackmailer. The protocol seems intent on trying to capture the blackmailer rather than eliminate him.

Furthermore, voice recordings in Brimstone’s office reveal that the encounter with the new agent is set to take place in Turkey. Though the agent’s nationality has not been confirmed yet, Goscicki closed his post with the Turkish line:

Which in English translates to, “Everyone has fear.”

“Could the Blackmailer rival Cypher in the realm of information gathering and recon? Will Cypher get beat up again in the new agent’s release video? Stay tuned for more updates on the new agent!“

To know more about the State of Agents, read here.