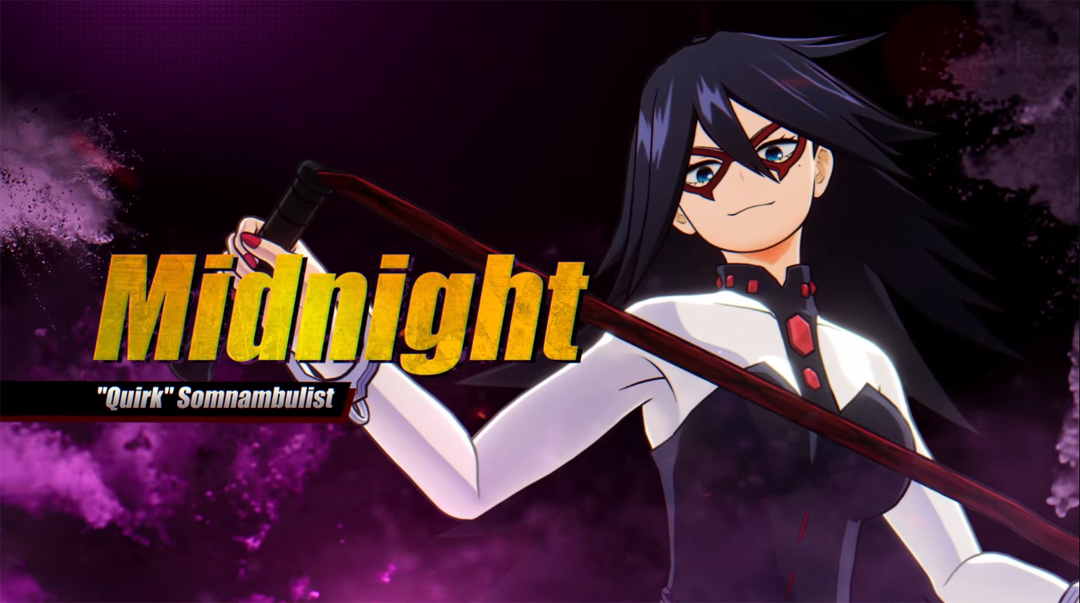 The veteran hero Midnight joins the Season Pass 2 roster of My Hero One’s Justice 2. The game based on the My Hero Academia anime developed by Byking and Bandai Namco.

My Hero One’s Justice 2 is a 3D fighting game similar to the Naruto and Kimetsu no Yaiba game franchise developed by the same company. Its latest character, Midnight, is a part of the ongoing Season Pass 2 of the game. She features her quirk called “Somnambulist” which allures any enemies using her scent and attacks them using her signature whip.

Based on her trailer, Midnight has the power to stun opponents and confuse them for a short period of time. She also has an aerial attack where she can launch her quirk towards her enemies. Her special move, on the other hand, wraps her enemies in her whip while using her quirk and smashing them on the ground with it.

There are 5 unlockable characters in the Season Pass 2 DLC including Hitoshi Shinso, Present Mic, Kurogiri, and another upcoming character. You can purchase My Hero One’s Justice 2 Season Pass 2 on Steam, Nintendo Switch, PlayStation, and Xbox consoles. It is priced at USD 19.99 (~PHP 1047.72) for consoles while the Steam version is only PHP 799.95 (~$15).

Players can try the demo of the My Hero One’s Justice 2 on PlayStation and Xbox for free. In the meantime, you can watch the character reveal trailer below.