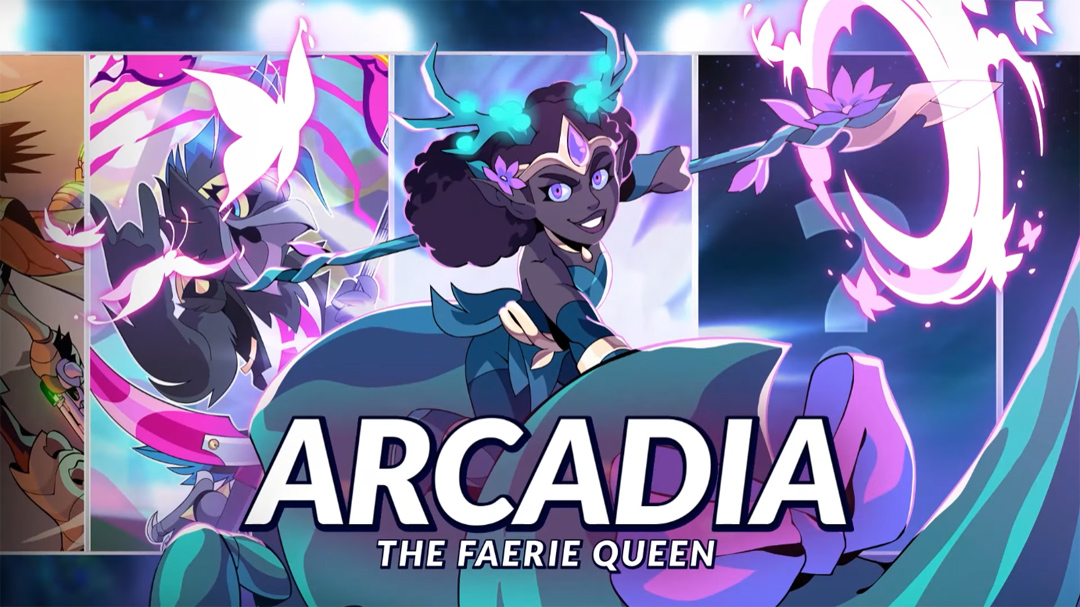 Brawlhalla, known for producing new and crossover legends, has enlisted Arcadia, the Faerie Queen in its wide-range of character roster (55). The trailer video introduced her as the ruler of the faeries and specializes in Greatsword and Spear weapons.

Wielding the Greatsword allows Arcadia to execute the following actions:

In line with Arcadia’s arrival, the Luck o’ the Brawl limited-time event is activated. This provides the following:

Arcadia costs 7,200 Gold while her skins are priced at 140 Mammoth Coins each. Brawlhalla is a free-to-play game available on PlayStation, Xbox, Nintendo Switch, PC, and mobile. Check out her Legend trailer below.

All the news on Iceborne's 2 Variant Developer Diary

Lesser years third in you're rule