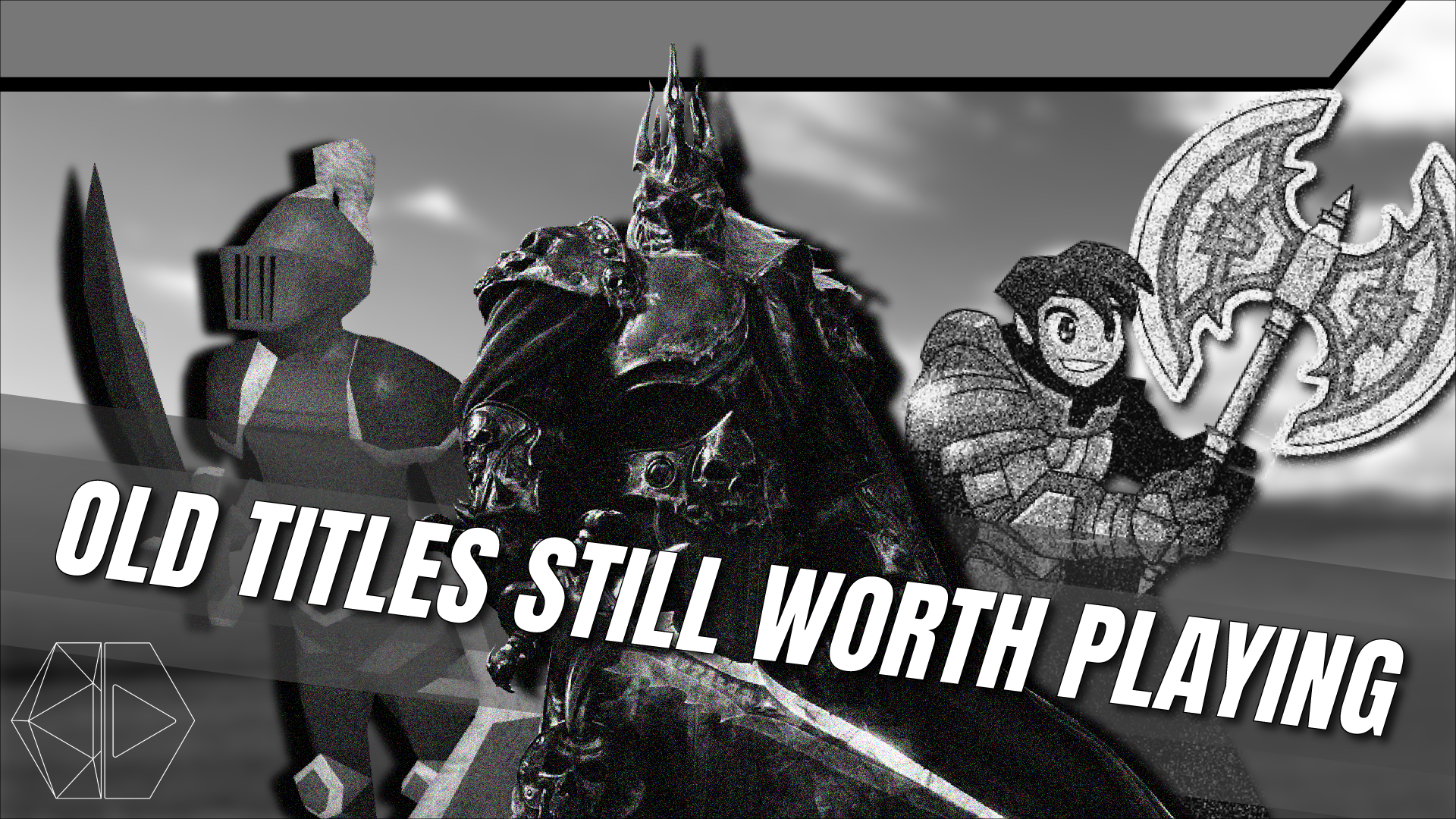 Perhaps you’re in your late 20s or early 30s and want to get back to the grind. However, the games you enjoyed may have ended their service at some point. Don’t worry as we have found a few titles that survived to relive their good old days. So sit back, and we hope that these old titles are still worth playing for you.

A classic amongst classics, released way back in January 2001 by Jagex games. Surprisingly its official server is still in service despite being 2 decades old. There is no linear storyline here, instead, players set their own goals and agendas. Unlike the usual way of leveling up, your traits grow stronger depending on how much you use them. This is the definition of old school grind, you really need to work hard for your own character. So if you wish to focus on a single skill, say mining, then you’ll have to dedicate yourself to its craft.

For the old players, if your account has been around since February 2002, then you are in for a surprise. A 2022 cape can be claimed for any player who has been here since the early years. Fret not new players, once your account has reached 20 years, you too will get the same cape. For more updates, you can watch their live streams on Twitch.

You can play the Runescape here

Released on August 31, 2002, Ragnarok online swept the globe by storm for offering stunning 2D graphics (at the time). You set forth as a novice in search of your own destiny in Rune Midgard. The story strongly draws heavily from the Norse Myth of Ragnarok or the Twilight of the Gods. There are Characters, items, and even monsters that were taken from the myth itself such as Mjolnir, and the Valkyries. Although some regional servers are closed, the International server remains open to this day.

The current level cap has been updated to level 185 from 150, so expect better gear and challenges especially for old school players. Along with the rising level caps are new equipment and monsters to test your mettle.

Released by Playpark on August 16, 2004. It’s one of the old titles that were never forgotten. One of the few games that offered flying as a means of transpiration (obtainable at level 20). Aside from that, it also featured a bit of aerial combat, as some enemies are targetable only by flying. The game also had a rebirth function in which a max-level player could restart at a lower level but have perks.

Nothing much has changed in FLYFF, aside from the bug patches and balancing problems being fixed. How about we fly for fun and join us here

Launched by KOG Studios back in August 2003, Grand Chase is a 2d sidescrolling MMORPG. It can be played solo or with a party of 3 to 6 people, depending on dungeon type. Climbing to the max can be done in a day for it lacked a stamina system which limits gameplay. However the game had to end its official servers for most regions. Although come 2021, KOG decided to relaunch the game under STEAM.

So far there are no new additions to the game. Old characters and dungeons are however slowly being implemented. So expect the same old grand chase that you know and love.

Go and join the chase on Steam.
Read about our review of the game here.

If you enjoy the title WORMS, then you’re (Gun)bound to enjoy this. Gunbound was released back in August 2003 by Softnyx, and it remained active ever since. The game was simple, just defeat the enemy in a turn-based tank-like battle. All you had to do was calculate the wind direction and how your vehicle attacks. Sounds easy right?

Nothing much has changed for the game aside from new cosmetics and balance fixes. So jump in and join the battle here.

Although announced at the European Computer Trade Show in September of 2001, it was only released in 2004. World of Warcraft follows the history of the game Warcraft in an MMORPG manner. There is a multitude of playable races in the game, which features unique skills and jobs for each race to take and use. This game however isn’t free, it requires a paid subscription or monthly fee (rates here).

The world of Azeroth is forever changing, with it its latest expansion Shadowlands. Expect stronger enemies, new gear, and new storylines that will keep you entertained. The level cap has also been raised from 50 to 60, and new features such as joining a Covenant have been added. You can check out this link to know more about the update.

Come and join the quest for honor and glory on Battle.net

Do you want to play as a cute adventurer? How about heavy costume customization? cool sprites in your attack, run, flight, or any movement at all? if your answer is yes to all of these, then the 2003 classic from NEXON is the game for you. Aside from being a visual treat, it is also a fun 2D side-scroller that features semi-fast-paced action gameplay.

There are various changes since you last visited Maplestory, such as the introduction of 5th job advancements. Along with it is the implementation of the Auction house. There is also a new way to level up your familiar to its max potential. To know more about the other improvements, you can check this link.

Save the Maple world by joining the story.

Play as one of the three Races: Accretian Empire, Holy Alliance Cora, or the Bellato Union; each with a unique class and battle for supremacy! The game is straightforward, you battle other races during Chip Wars to gain control of the resources in the world. The game is grind-heavy as you can master all manners of weapons and gear by leveling them up through usage. Aside from the typical gear, you can level up your race’s special equipment or skill in the same way that you level up a gear.

Nothing much has changed in the game, aside from events and fixes that can be read here. Join the war and bring honor to your race here.

To top it all off, this is one of the old titles that will probably remind you of your browser-based game days. This 2D turn-based game will definitely take you back to your the golden age of browser titles. Even though it’s a browser game, AQ still offered loads of fun with its customization and well-thought-out RPG mechanics. Battle the iconic Frogzards or quest for any item that you desire, the fun is never-ending.

February brings love in the air and beautiful weapons with the Snugglefest event shop. Read more about the latest event here. Join the adventure and quest on here.

We hope that these old titles that are still worth playing will bring back fond memories of your youth. Let’s just hope that these titles are here to stay for a longer time. So what are you waiting for? get downloading and reconnect with your inner child with these titles. Here is to having a blast with the titles that defined our youth! Until next time folks, stay safe and game on.