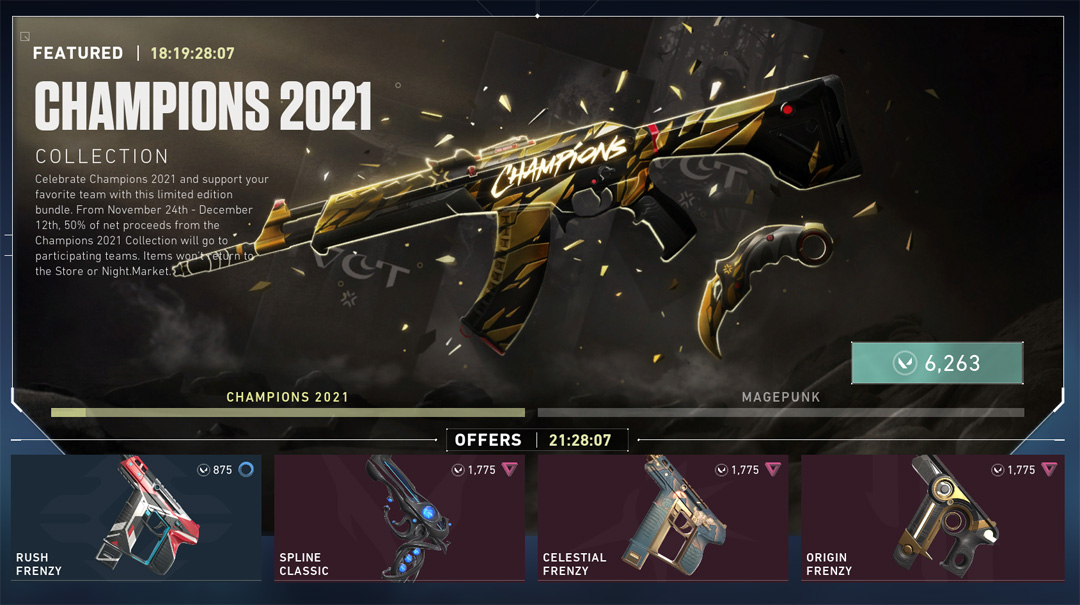 Riot Games just unveiled Valorant’s official music video for its upcoming Valorant Champions 2021 tournament. As part of this event, they also released their corresponding gun skins in the game.

The Valorant Champions 2021 bundle consists of the following:

The skins have a “Champion’s Aura” which allows the weapons to glow when a player has the most kills in the game. Lastly, the bundle costs VP 6,263 and is currently live inside the game.

Moreover, The Champions 2021 tournament commences on December 1 and will end on December 12. To know the scheduled matches, visit their website here. Watch their official music video below.