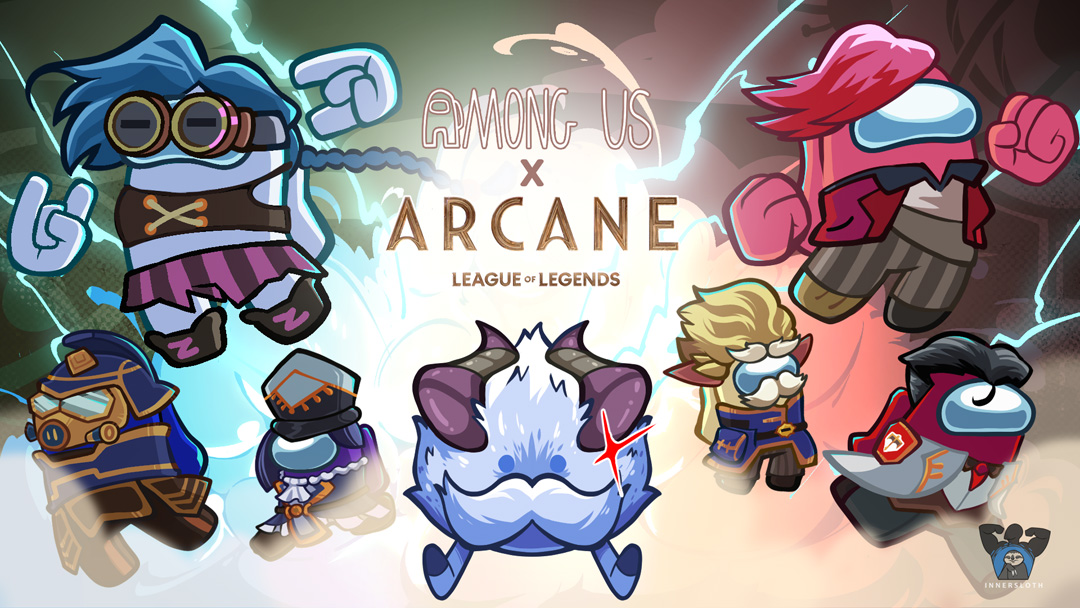 A few weeks ago, Innersloth announced the Among Us x Arcane collaboration with Riot Games for the Arcane series launch. The skins are currently available, however, it only lasts for a limited time.

Arcane skins are part of the new cosmetics feature in the game called Cosmicube. These cubes are similar to battle passes in other games such as Valorant and Call of Duty: Warzone.

Players need to purchase a cosmicube then play the game to get resources and unlock cosmetics in progression. Given that the Arcane skin cosmicube is a limited-time offer, purchasing it allows players a permanent opportunity to unlock them all.

Next, here are the available skins that players can get in the cube:

The Among Us x Arcane cosmicube only lasts until December 31, 2021. Meanwhile, Among Us recently released a new update featuring new roles in the game for more diversity. Apart from the earlier released Impostor named Shapeshifter, the game now has three new crewmates:

Moreover, to know more about the update, read their major patch notes here.

PlayStaion Plus Free Games for March 2020