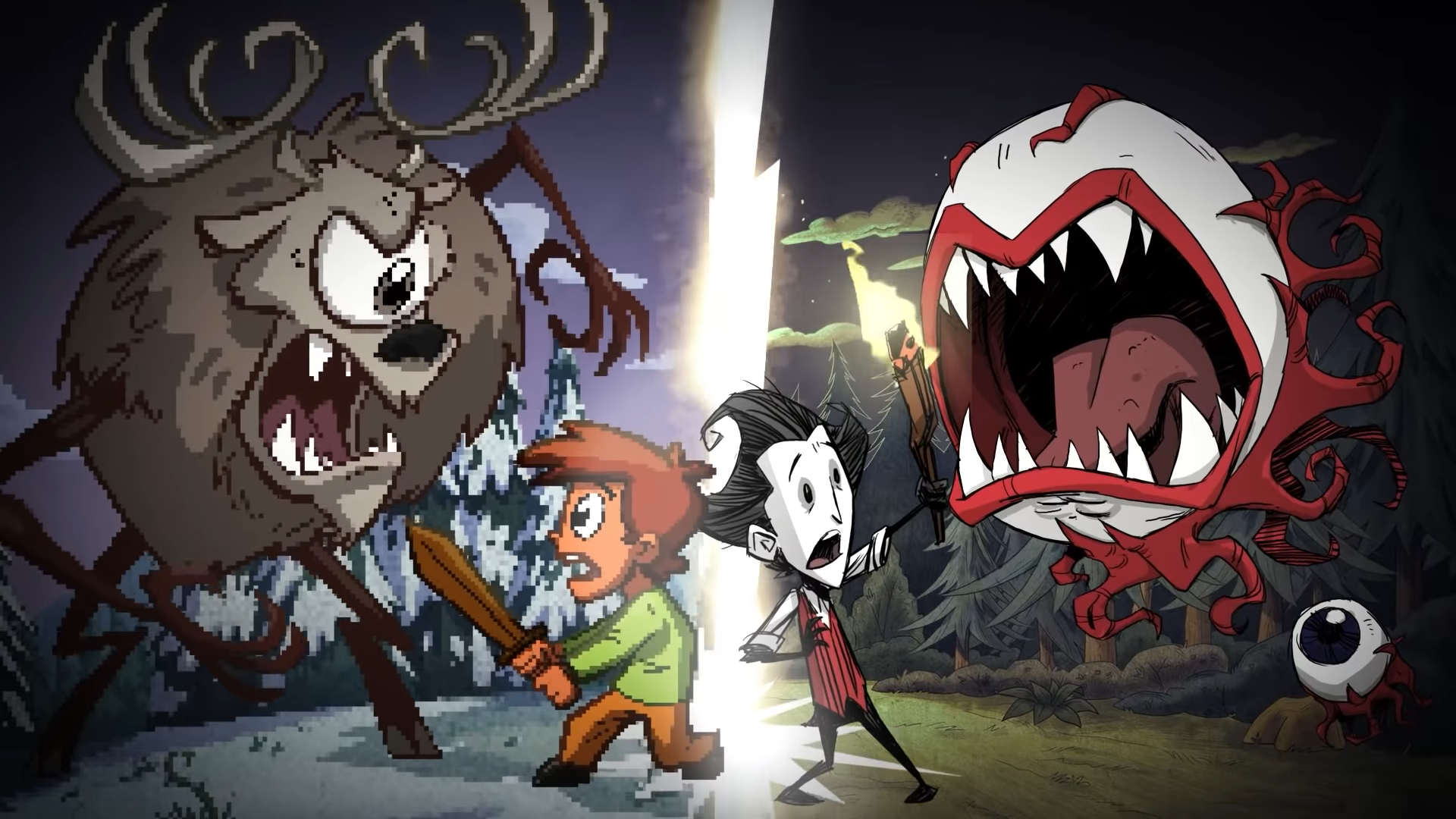 The Terraria x Don’t Starve Together crossover, An Eye for An Eye is here!

The crossover event of Terraria and Don’t Starve Together kicks off today. Dubbed “An Eye for An Eye”, the event sees the Deerclops and Eye of Cthulhu jump to a different universe and then some.

During an AMA on Reddit as celebration for their 10th anniversary, the Terraria team was asked a particular question — what franchise would they choose to do another crossover with? The answer to that is the event we have today. Enter Don’t Starve Together (DST), the co-op survival title from our friends at Klei Entertainment.

The crossover on Terraria’s Side

Let’s take a look at Terraria’s side of things for this An Eye for An Eye event. The first major addition is a new world seed the Constant, taking inspiration from the Don’t Starve universe. Along with this world seed are the following:

Enter the Deerclops, a terrifying enemy from the Don’t Starve Universe. This will be the featured boss in Terraria for this crossover event. Summon the Deerclops in the Ice biome and enjoy its very own unique theme music. As for those DST-inspired items, we’re getting around 25 new additions from vanity items to pets and even weapons.

The crossover on Don’t Starve Together’s Side

Meet the Eye Wonder, a Terrarium setpiece allowing players to encounter the Eye of Terror boss a.k.a The Eye of Cthulu. Much like the Deerclops in Terraria, the Eye in Don’t Starve Together has its own theme music. Veteran players looking for a bit more challenge can summon the Twins of Terror, a more terrifying version of the Eye. Along with the new boss comes the following additions:

Lastly, for a limited time, players will receive a Terrarized chest when logging into the game. These chests provide 6 free skins and will be available from today up until the next update coming in December.

Last but not the least, we’re getting official Terraria x Don’t Starve Together merchandise and a set of Steam points shop items. To know more about these items head on over to the links below:

Dead Cells is heading to mobile this summer