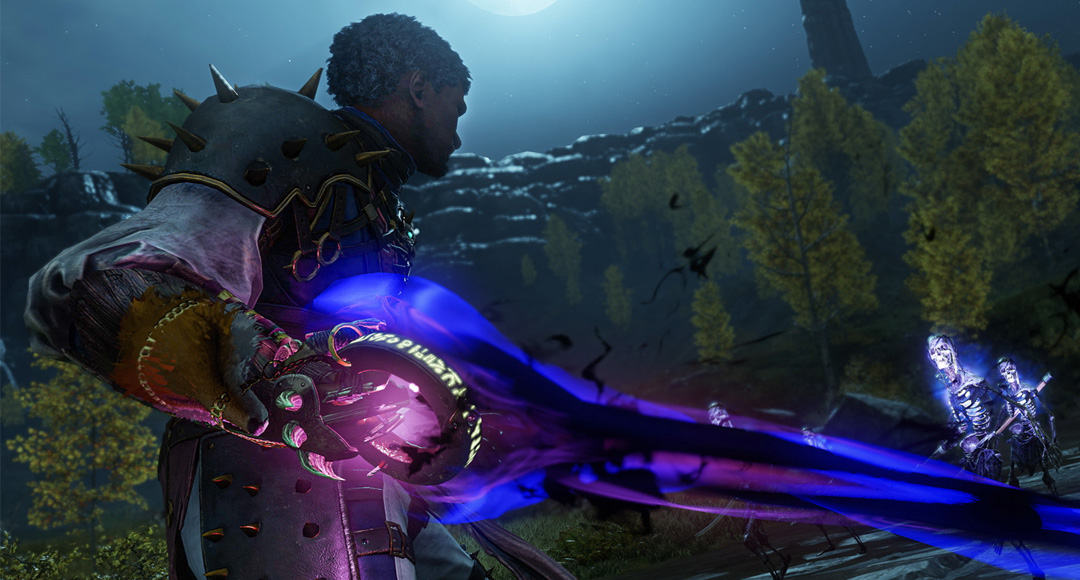 Two of the game’s notable additions are its new weapon and enemies. First, the Void Gauntlet, a weapon that utilizes the void element in the game. It scales with the Intelligence and Focus statistics and provides support to allies and damage to enemies.

Much like with other existing weapons in the game, it has two weapon mastery trees: Annihilation and Decay. The first one maximizes close-ranged damage and revolves around the Void Blade skill. The second tree, on the other hand, provides both ranged healing and debuffs thanks to its Orb of Decay skill.

Another major update links all Trading Posts initially separated from each other based on the territories in the game. This means that all players will see all currently auctioned items during town visits. For balance, the game now uses Alkahest in crafting higher-tier potion items. Meanwhile, loots and rewards are increased as they added special named drops in the newly added enemies.

We also have UI/UX improvements in the patch along with more support for streamers. Lastly, we have numerous bug fixes addressing the major concerns of players in the game. Check out the full patch notes on their website here.

New World: Everything You Need To Know Before Starting Your Aeternum Journey

PlayStation Plus Merged With PS Now, More Benefits to Subscribers

Microsoft to acquire ZeniMax Media and its subsidiaries