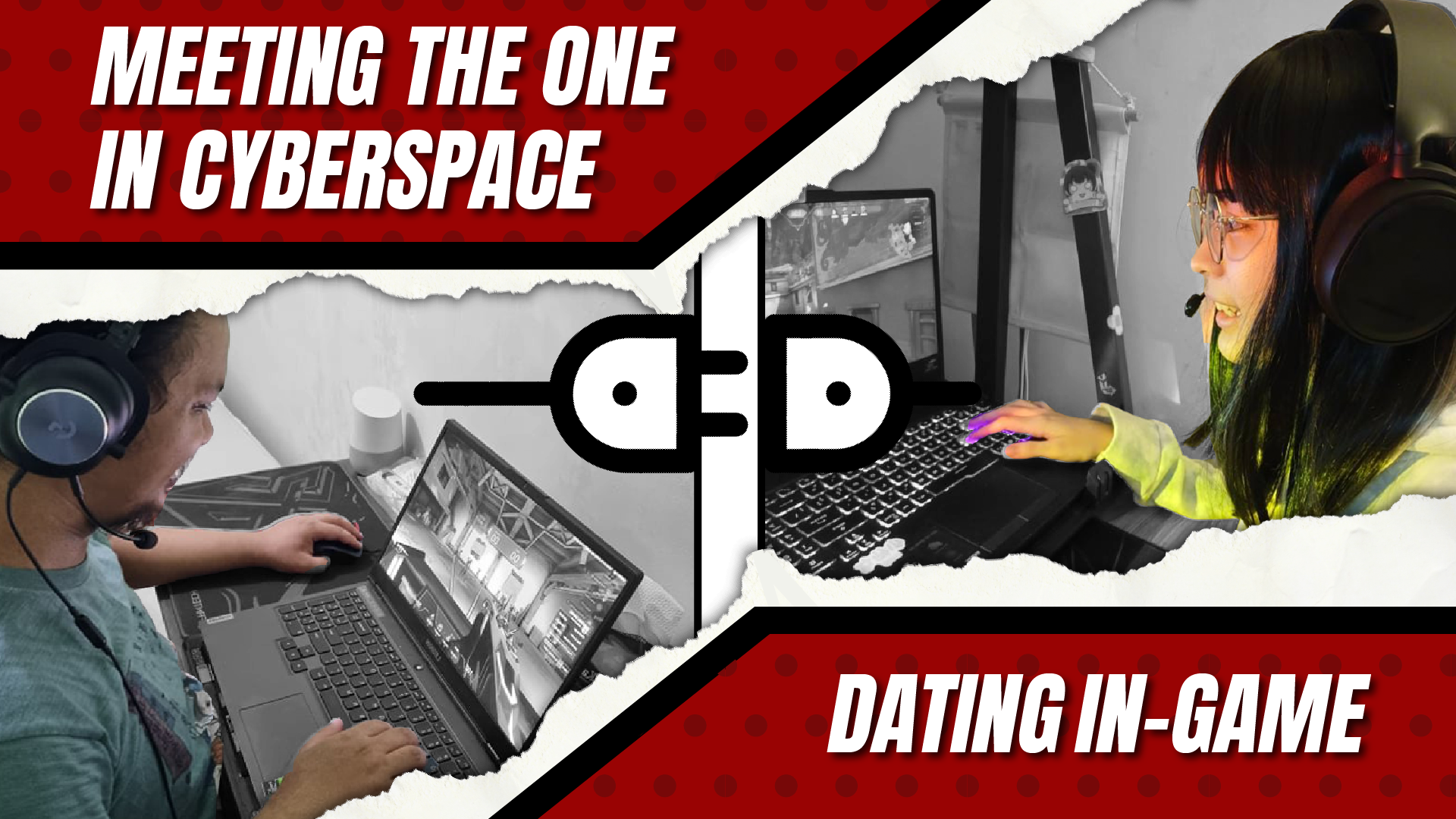 Imagine sitting down in front of your favorite gaming console, with snacks and drinks ready at arms reach. You log in on Discord and all of a sudden a friend invited someone new to the server and introduced them to your crew saying that “they are the one”. Guess what, your friend is dating in-game, and that is normal. This is how it is now, gaming can also be an avenue for love.

Dating in game isn’t really something new, even before the pandemic people were already using games to date. I was actually in elementary when I got a glimpse of this world. So before we get into what dating in game actually is, I’m here to tell you a couple of stories from my childhood.

I got my first glimpse of this dating world when I played Ragnarok Online (RO) during my elementary days. It was 2003 and this game called RO was launched by Gravity in the Philippines. Naturally, I got curious enough to try give it a go. During my adventures in this game, I encountered people who would casually flirt in Prontera (the game’s capital city).

Then came high school life, where I was introduced to the game Audition Online. This one has an established couple system. Basically, play long enough with your couple in game and you could attempt to get wed in that game, and boy was it costly. For me, this system was the start of the coupling system for future games.

Nowadays people are on the internet almost 24/7 as the Coronavirus pandemic altered the physical landscape. Since going out and meeting someone organically isn’t really much of an option, we resort to these virtual worlds as a means of forming bonds with other people.

These bonds start with a harmless game invite, a simple boss or dungeon raid that turns into an enjoyable experience for both parties. Little do they know these online bonding experiences would eventually turn into virtual dates. In little to no time, some would actually hit it off.

Dating apps still are undeniably unbeatable, we could easily cut the small talk and get down to the business of knowing our future potential player 2. However, these applications don’t specifically cater to gamers. The ones that do are mediums and discussion boards like Reddit and Discord.

Discussion boards and game-related helper applications offer an ease of access in looking for a future partner. Subreddits like r/r4r and specific discord servers for game dating are a surefire way to broadcast someone’s needs for a companion in-game.

In forming any sort of relationship we have this saying that we take into heart: “Communication is key”. This also applies to our in game lives, and it is a great thing that most of these games offer various ways to communicate. Apart from the standard text chat, most titles also now feature built-on voice chats.

Some great examples are Valorant and Warframe wherein you can easily turn on your mic to talk to your team. The difference between talking to a potential partner via text and call makes dating in game a bit more advantageous. Both parties can talk in real-time wherever they are, at the same time they share the same gaming experience.

So where do you want to go?

Couples often date in places that are appealing, or whatever check their aesthetic needs and curiosity. It is a good thing that most games today offer the freedom to customize their environment. Take Animal Crossing, for instance, a game wherein people can freely decorate their island in the way they see fit. Want to go to a Museum? Hang out in a planetarium? or just chill in an indoor greenhouse? In Animal Crossing it is possible.

Although some choose games like Valorant and Mobile Legends to conduct their dates and competitiveness with and against each other. Aside from that others turn to chasing ghouls and ghosts in haunted houses or schools in Phasmophobia. Either way, the virtual space allows for a multitude of options not often open by physical means.

The next big question is what kind of game will the pair play to entertain each other? Below is a list of some genres and the benefits they bring to aspiring couples who want to spend their day playing them.

Get ready to venture into foreign lands with that special someone. RPGs typically have some long quest runs and grinding, but on the plus side, aspiring couples now have company for the long haul. Time to bond over beating up slimes together, hunting ingredients, and all that fantasy stuff that will lead to their final goal.

Feeling a bit competitive? Out for blood even? Then it’s time for both players to work as a team to wipe out the opposing force. Alternatively, if they’re feeling a little competitive then they may fight against each other. This time voice communication isn’t just vital, like saying “nice one baby”, but also in winning.

How about taking a chill pill and just let everyone build their own haven without much fuss or hassle of fending off different threats? Perhaps SSGs are the sweet escape that the couple is looking for. Unlike the first few genres, the communication here is somewhat limited to texts and stickers. Of course, they still have access to third-party applications. These types of games are perhaps the closest any couple could play to visualize a life together. After all, these titles are meant to mimic real-life situations and scenarios.

PROS and CONS of dating in-game

While the thought of having to date in-game is appealing for games, not everything is butterflies and rainbows. So here are what we consider the pros and cons of such a method:

End game or New game plus?

Just like with any game, couples would have to face the choice of delaying the final boss battle or just going through a whole new experience. What I mean is that sooner or later they’d have to go out and meet in real life, so what happens then? How do they continue their online experience into the physical realm?.

Good end: From the era of Ragnarok Online to Final Fantasy XIV, time and time again we see stories of in-game couples tying the knot in real life. For some people, this is the only logical outcome of their online romance for they have already broken the barriers of conventional dating.

Bad end: Sadly the story had to end at some point, all journeys aren’t meant to be taken forever. In this case, things are just to remain in-game. However, this isn’t the end game just yet and isn’t really the end of the world. Aspiring bachelors and bachelorettes can still meet new people and gain more EXP in their new journey.

DLC Content: The pair is still confused about what this new journey has in store for them both. They need to take this quest slow or take it head-on (depending on their playstyle). The important thing is that they enjoy the journey and strive for the kind of ending that they both want.

With that, anyone willing to dip their toes in this form of dating, I wish you all the best! Till we meet again.