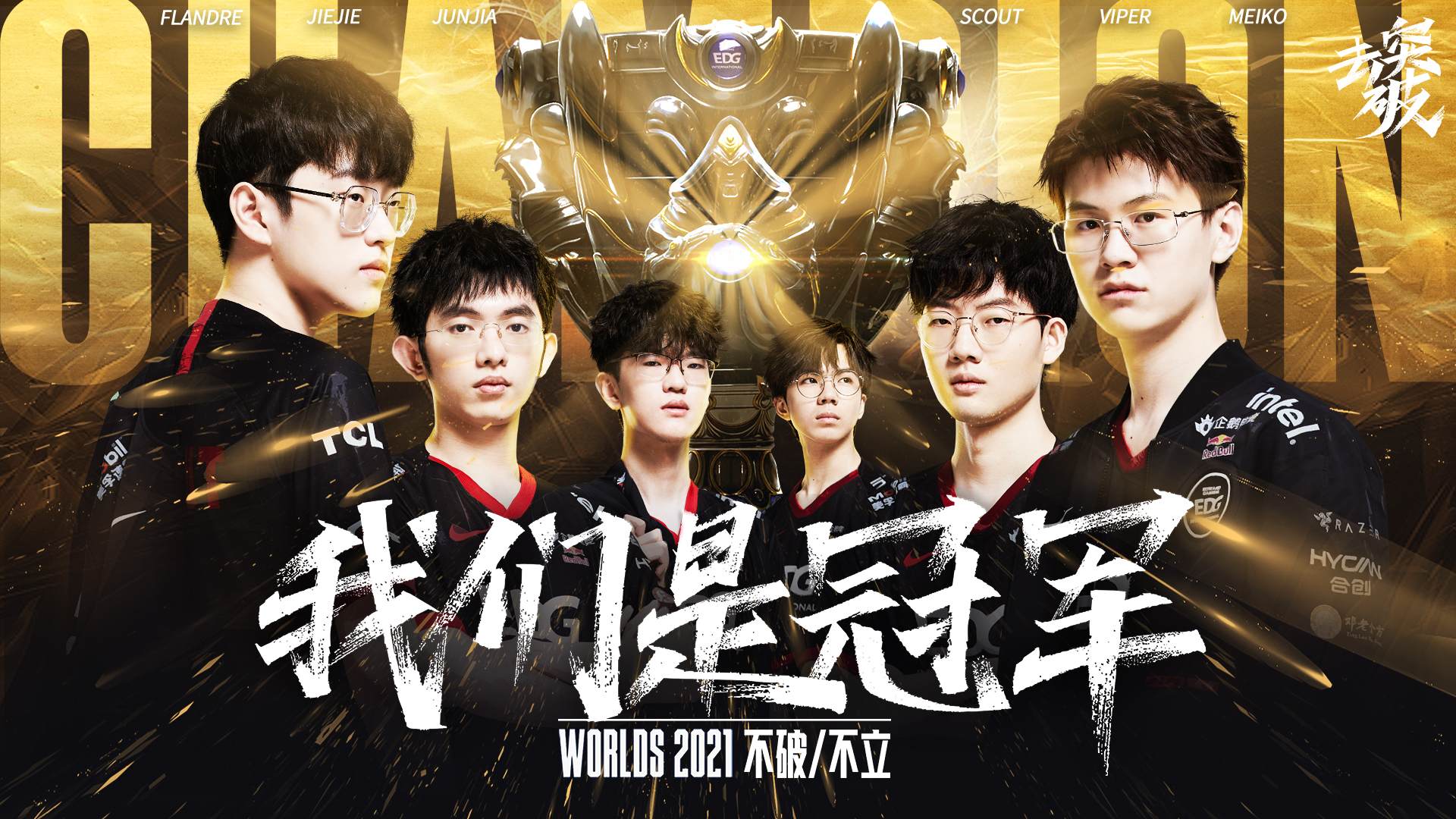 In a stunning finish to the League of Legends World Championship 2021, Edward Gaming (EDG) defeated defending world champions Damwon Kia (DK) 3-2 to claim the top prize. This marks the third time in four years that a team from China has won the world championship. Moreover, DK is denied the chance of being back-to-back world champions; an achievement only attained by SKT. EDG’s mid laner, Lee “Scout” Ye-Chan also bagged the finals MVP award.

Make no mistake, DK were heavy favorites to win Worlds 2021. They dominated their group, 6-0, and defeated the other threat to the championship in the semi-finals, T1. Coming into the finals, they had only lost two games. Many (including me) thought that DK was set to 3-0 in the finals and claim their second world championship.

On the other hand, EDG was looking far messier than DK in their games leading up to the finals. They failed to finish first in their group and won both their knockout stage matches in a close 3-2 fashion. Despite overwhelming support for DK, they managed to secure the championship. With the win, they also become the second team to win MSI and Worlds.

That’s it for the League of Legends world championship 2021! We surely can’t wait for what LoL Esports has to offer next year. Till next time!