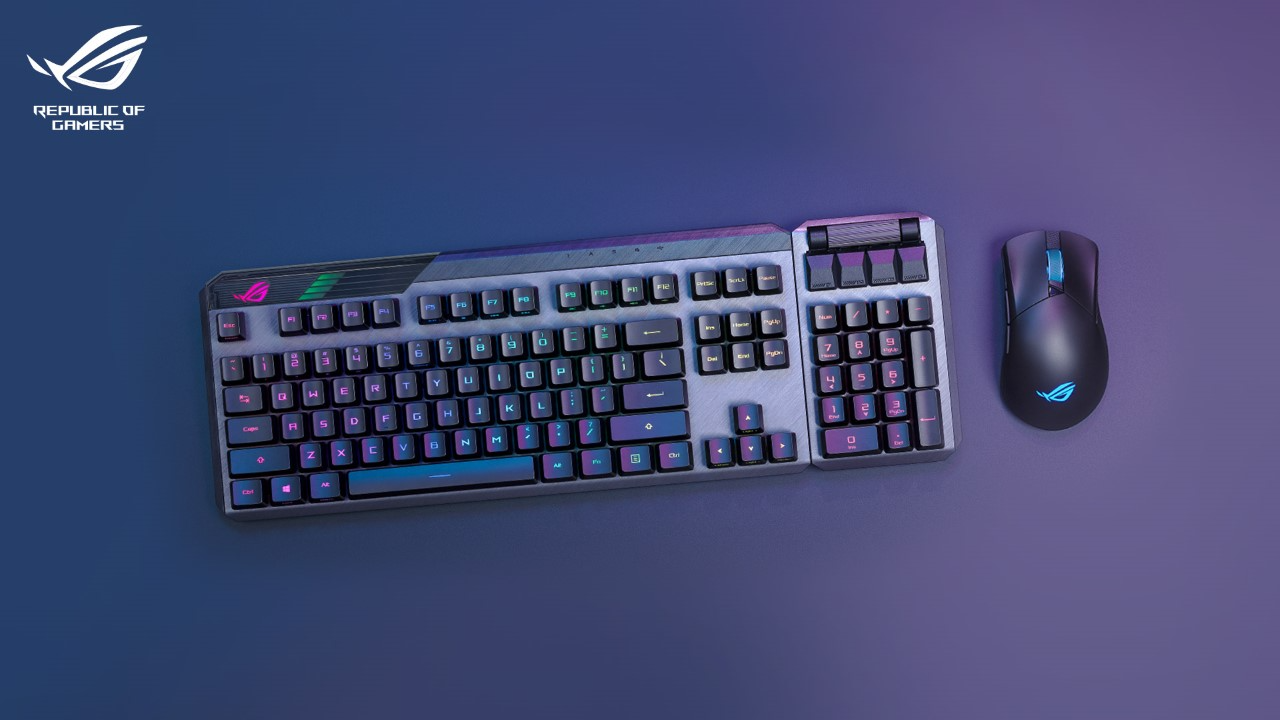 ROG is ramping up their peripherals line-up!

ROG is adding some new members to their peripherals portfolio. The ROG Claymore II, Gladius III, and Gladius III Wireless make their way into the Philippine market. Along with the release is a promo with an added freebie for those who’ll avail of the products.

ROG’s Claymore Mechanical Keyboard finally receives an upgrade with the Claymore II. This time around the keyb is armed with optical mechanical switches instead of cherry ones. What we have here are ROG RX Blue or Red Optical Mechanical Switches. They boast near-zero debounce delay and a hollow-square stem. Making a return is the removable numpad which can be attached on either sides of the keyboard. Unlike its predecessor though, we now have wireless connectivity through a 2.4GHz RF connection. Those who still prefer a wired connection can still do so via its USB Type-C connection. Lastly, the board is rated to last about 40 hours of use with its 4,000 mAh battery. The Claymore II is priced at Php 13,680 and is now available for purchase.

Next up we have the Gladius III and Gladius III Wireless gaming mice. The only difference between the two is the wired and wireless connections. Obviously the Gladius III Wireless is the one with the flexible connection modes. We have three options here wired, Bluetooth, and 2.4GHz RF. The duo comes with the Push-Fit Switch Socket II with Omron optical micro switches. These make the switches easily replaceable once they wear out. The wired variant is priced at Php 5,280, while the wirless one is priced at Php 6,880.

Lastly, ROG is holding a Cut The Cords promotion. Customers who purchase the Claymore III or Gladius III will get an ROG Sheath BLK Edition mousepad and Edifier M1360 2.1 Speakers.