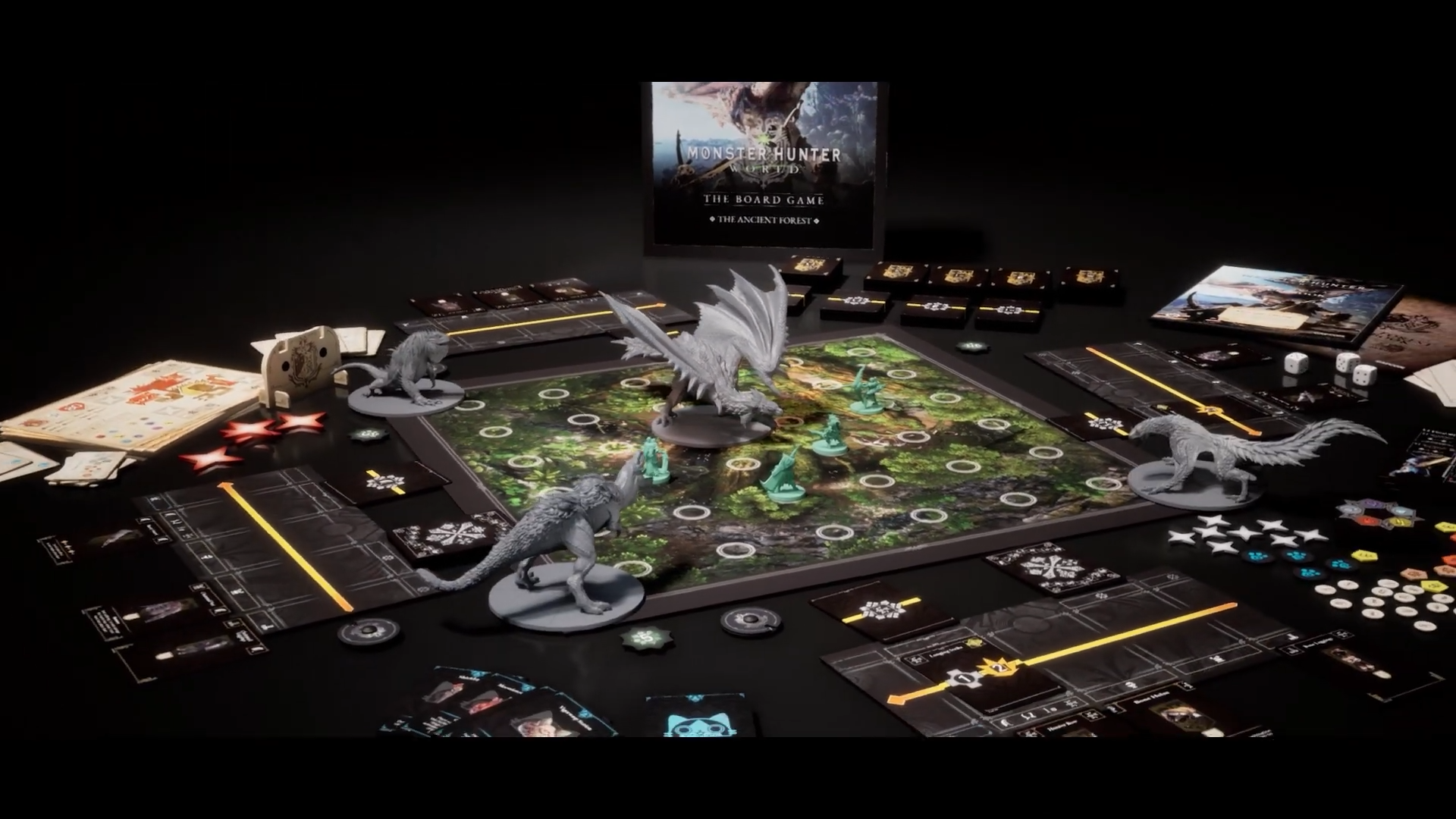 Hunters, the day is finally here time to take your hunts offline and into your tables!

After weeks of teasing and little breadcrumbs of announcements, Monster Hunter World: The Board Game finally enters Kickstarter. The game will have a very short campaign period of just 9 days. So, better be quick with your decision of backing it or not.

Monster Hunter World: The Board Game caters 1-4 hunters as they embark on quests in the New World. Players will take on the role of the hunters, each tied to one of the 12 weapons of the franchise. Currently there are two core sets featuring the Ancient Forest and Wildspire Wastes. Monsters range from your typical Great Jagras to your Elder Dragons such as Teostra and Kushala Daora.

Gameplay is rather robust and closely resembles what you may experience in the video game. First, players will decide on a quest to take and monsters to break. After which, like in MH: World, players will proceed to track the monster in its locale. During this phase a.k.a the Gathering Phase, players will gather resources, trigger events, and explore the locale all while tracking their target. Once players encounter the monster the game will proceed to the Hunting Phase, where the party battles it out with their prey/predator. Each monster will have a unique set of cards that will dictate their actions or behavior during the battle. These include their movement, attack patterns, their target, and special rules. Those familiar with Monster Hunter will recognize some of these iconic moves befitting the monster they are fighting.

Much like in the video game, Monsters have breakable parts which offer bonus loot at the end of the hunt, if successfully broken. As for combat, everything is dictated by cards instead of the good ol’ dice. Each hunter is given a set of cards as well as armor and weapon cards depending on what they have equipped. Players can then chain these cards to create combos to take down their foe. Stamina will still play an important role in hunts much like in the video games. Certain moves as well as dodging will deplete Stamina, so players must be more tactical with their decisions. Once the monster is slain, players will then whip out the good ol’ dice to determine the loot based on a table.

After a successful hunt the game will proceed to the HQ Phase, where all the armor and weapon crafting and upgrading happens. Each hunter will have a unique Forge Reference Card, dictating the available weapons they can craft and upgrade. Armors, on the other hand, are available to all, so long as they have the right materials. If you’re interested in backing the project head on over here. As for the pledge prices and their contents take a look at the table below. There will be add-ons and stretch goals, which you can find on the Kickstarter Campaign Page. Expected delivery for the game is around September 2022.