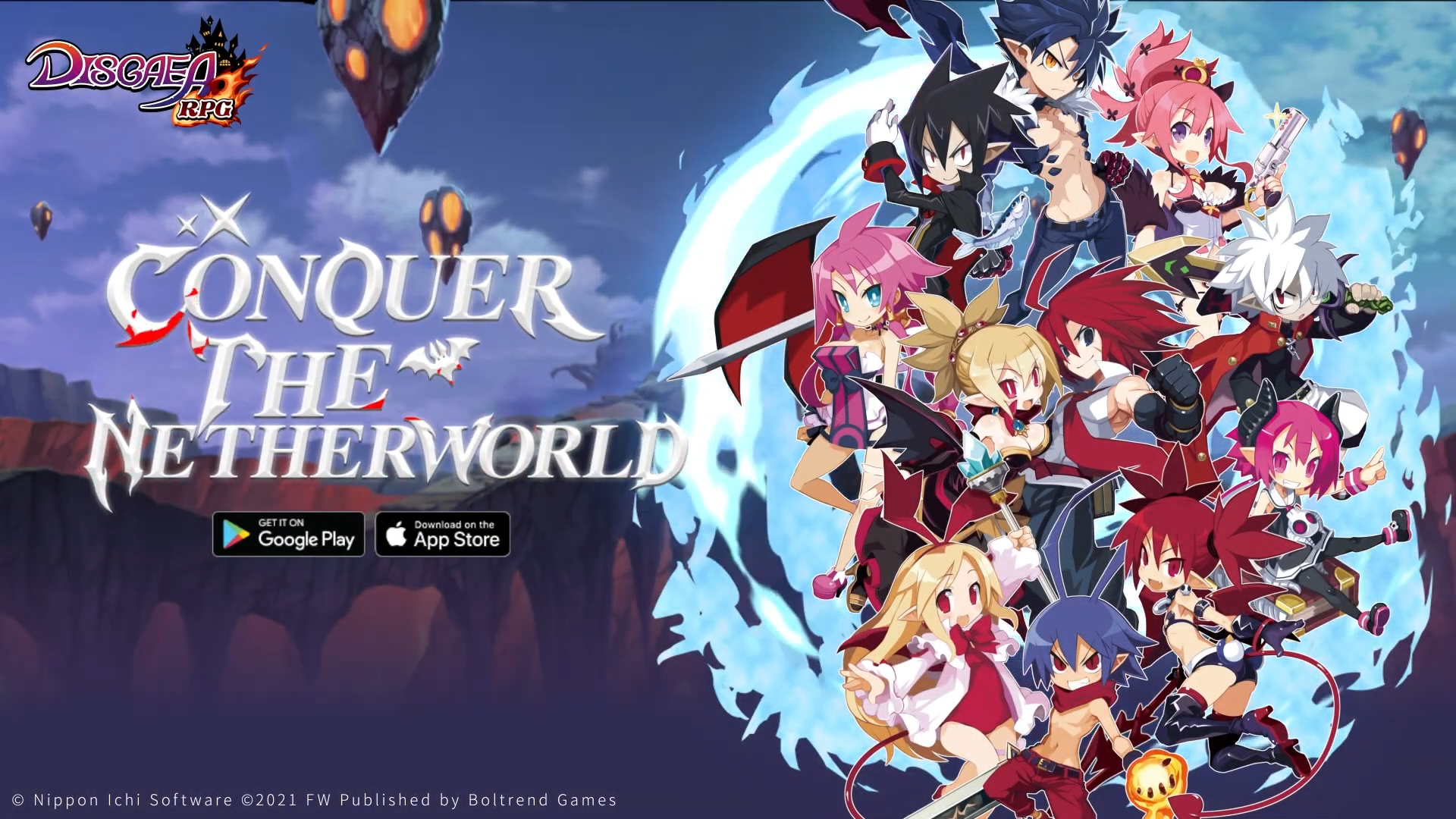 Following a successful Closed Beta during the start of 2021, Disgaea RPG is now ready for the western market!

Disgaea RPG finally opens its doors to the west a few months after a successful closed beta test. The mobile iteration of the well-known comedic tactical RPG turns to the turn-based system and is a different take on the franchise.

Despite the change in the game system, Disgaea RPG pretty much follows the same comedic trope of the series. Players familiar with the franchise will see returning characters here such as Laharl, Etna, and Flonne. Of course, other known characters throughout the series’ colorful history is also included. The game makes use of the Gacha system, which is no surprise for a mobile game. In this case, players will draw for characters ranging from our common Prinny all the way up to your Overlords such as Laharl. Classic elements from Disgaea games make a return here too. Features like team attacks, throwing, tower, the Dark Assembly, the Item World, and the Overlord’s Tower are all here. To celebrate the launch of the game there will be several events and giveaways. Checkout the official Disgaea RPG Facebook page to know more about this.

Interested players can grab a copy of the game below, which is open to both Android and iOS players. Oh and its free-to-play with in-game transactions, you know the usual.

Trials of Mana to receive a full remake, releases in 2020