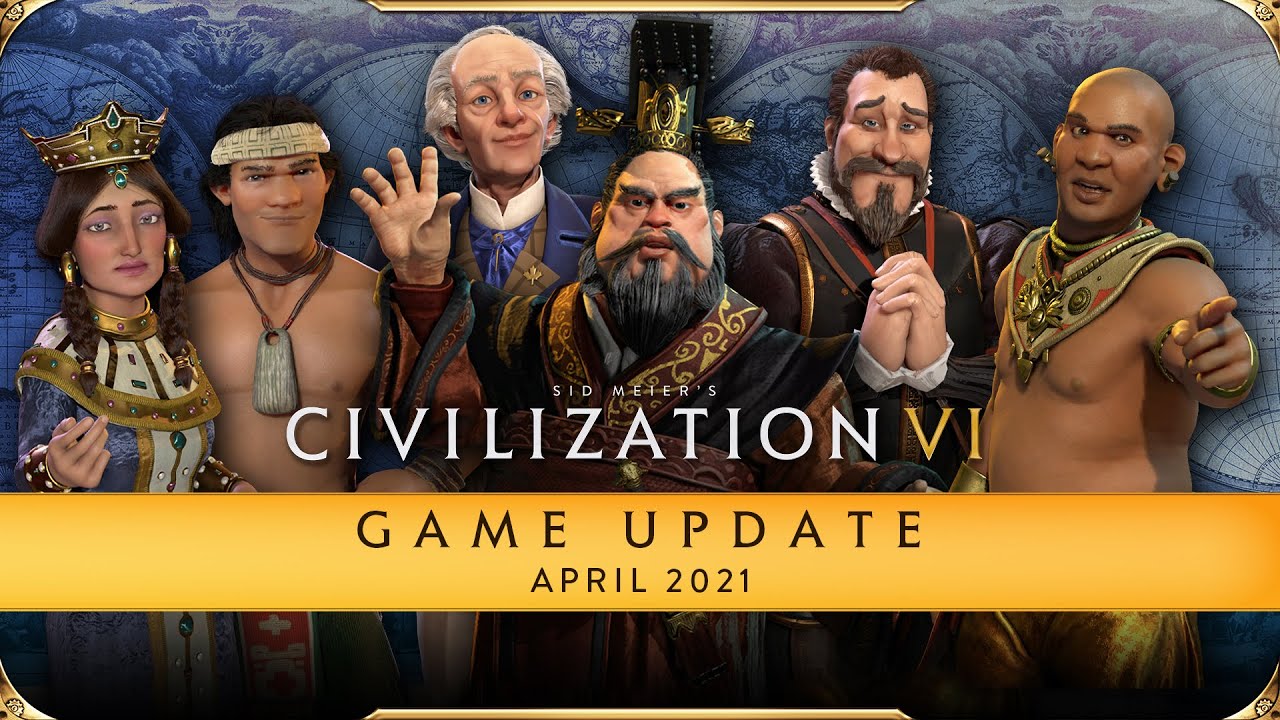 The latest update for Civilization VI brings in a ton of changes!

The New Frontier Pass may have, well, “pass” as April 2021 marks the last update of the Season for Civilization VI. March marked the end of the year-long juicy updates that gave us eight new civilizations, nine new leaders, and a tone of new game modes. However, this month is truly the final update for the New Frontier Pass which introduces some key changes to various Civilizations. As well as the introduction of new military units. Take note, this is a free update for all, although some of the changes may apply to paid leaders and civilizations.

Here are the following changes and additions to Civilization VI for April 2021:

Let’s take a look at these civilization changes shall we. First up is the Naval heavy civilization Spain. The civ now has the opportunity to create Fleets and Armadas as soon as they unlock Mercantilism. Trade routes now also provide additional gold, faith, and production. These numbers are tripled when trading between multiple continents. Then cities outside of Spain’s home contintent now receive increased production and a free builder when founded.

Next up, Khmer. Cities with Aqueducts now provide bonus faith per population as well as amenities. Farms not only get bonus food next to aqueducts but also faith when adjacent to holy sites. Jayavarman now grants Holy Sites major adjacency bonus to rivers while retaining its original bonuses.

Now let’s take a look at China, which affects both Kublai and Qin Shi Huang. Completing wonders now provide a random Eureka and Inspiration from the wonder’s Era.

Next up, Mapuche. Cities with established governors under the civilization now grants bonus culture, production, and experience to military units trained in the city. These bonuses are tripled in cities not founded by Mapuche a.k.a captured. Additionally, cities within 9 tiles of a Mapuche city with an established governor gain +4 loyalty towards Mapuche. Lautaro’s combat bonus now also apply to Free cities. Furthermore, loyalty loss from getting defeated by Mapuche is increased to 20 under normal circumstances and 40 if you’re in a Golden or Heroic Age.

Canada finally gets more resources on snow and tundra tiles making them more viable than other terrains. Mounties are now cheaper to build, have more power, and an additional National Park charge.

There’s also the promise of a changed Georgia as well as tweaks to other Civilizations which we’ll know once the patch notes are out. This free update will be available on April 22,2021. Will we finally see the announcement of Civilization VII after this or will we get another season pass?