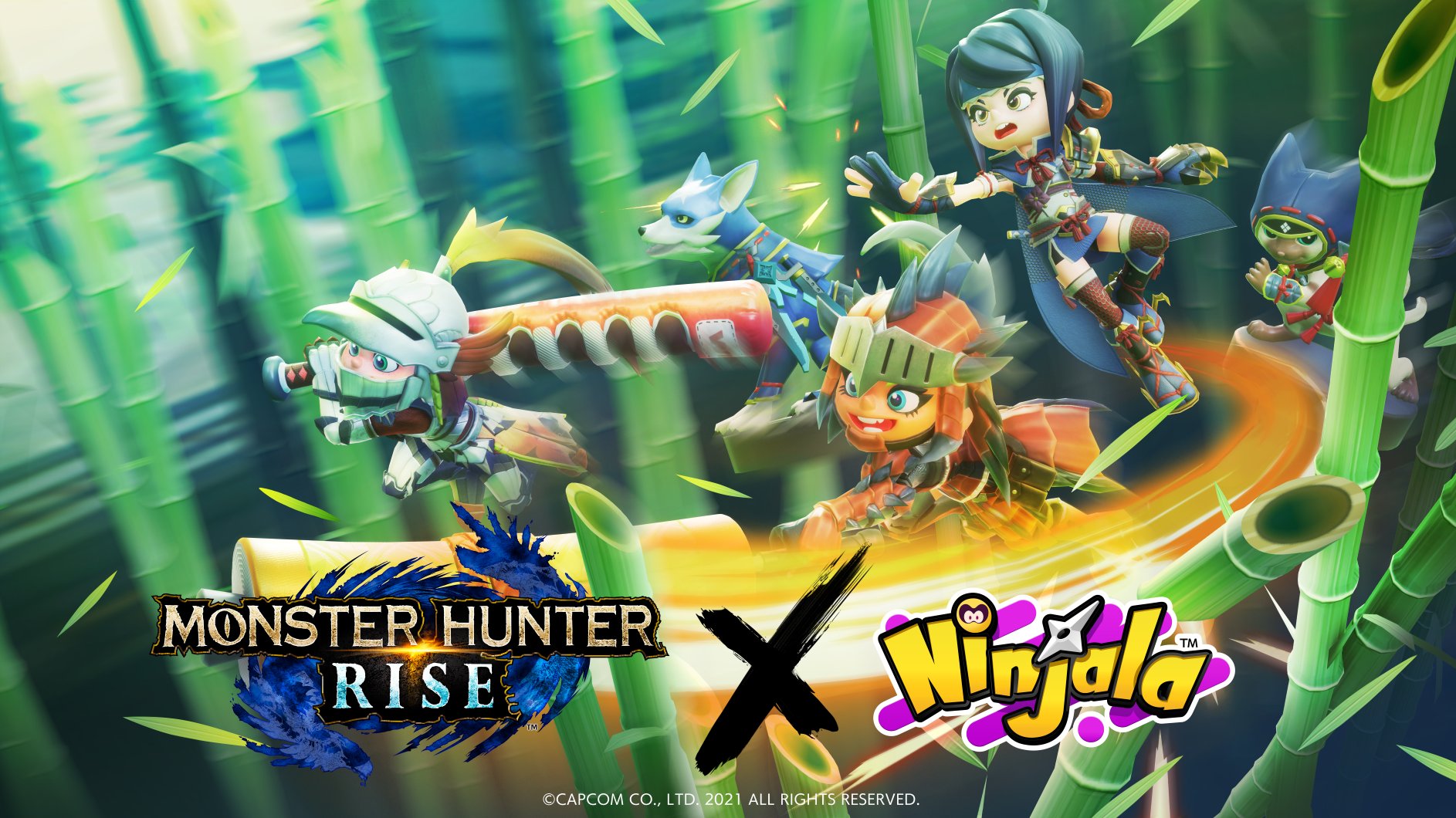 An odd pairing as Ninjala collaborates with the freshly released Monster Hunter Rise!

Ninjala and Monster Hunter Rise will go hand-in-hand as they launch a collaboration event starting April 27 up until May 26th PDT.

For those of you who are unfamiliar with Ninjala, it’s a free-to-play title released on the Switch back in June 24, 2020. The game has heavy focus on multiplayer with team-based battles or solo “battle royale” style fights. Players take control of characters infused with bubblegum that grants them ninjutsu. For the games 5th season, they will introduce the Collab Gacha with MH Rise. This includes a Kamura, Rathalos, and Aknosom style avatar items which will all be available in the Gumball Machine. There will also be collab emotes in the form of “BBQ Success”, “BBQ Fail”, and “Weapon Sharpening”.

All of which are actions done in the monster hunter franchise. You also have some collab items which inlcude an Ippon decoration, Gum Utsusemi, and a Monster Hunter T-Shirt. Lastly, players will receive login bonuses in the form of a Sticker and another MH-themed Ippon decoration. Further more there will be a limited-time even dubbed the “Goemon Matsuri” which awards Jala (the premium currency of the game) on a daily basis. Lastly the Nissin U.F.O Yakisoba Cup tournament will commence come April 24th.

The @MonsterHunter Rise X #Ninjala collab starts on 4/27! Grab your Pal(icoes/amutes) in the form of a Gum Utsusemi and don your Kamura Armor, the battle awaits!

Sadly no official announcement has been made for the side of Monster Hunter Rise. Although, Ninjala did just tweet an Event Quest notice with the caption “Grab your Pal(icoes/amutes) in the form of a Gum Utsusemi”. So we’re guessing Monster Hunter Rise is getting an event quest for crafting special Palico and Palamute armor sets. We’ll just have to wait for the official announcement.