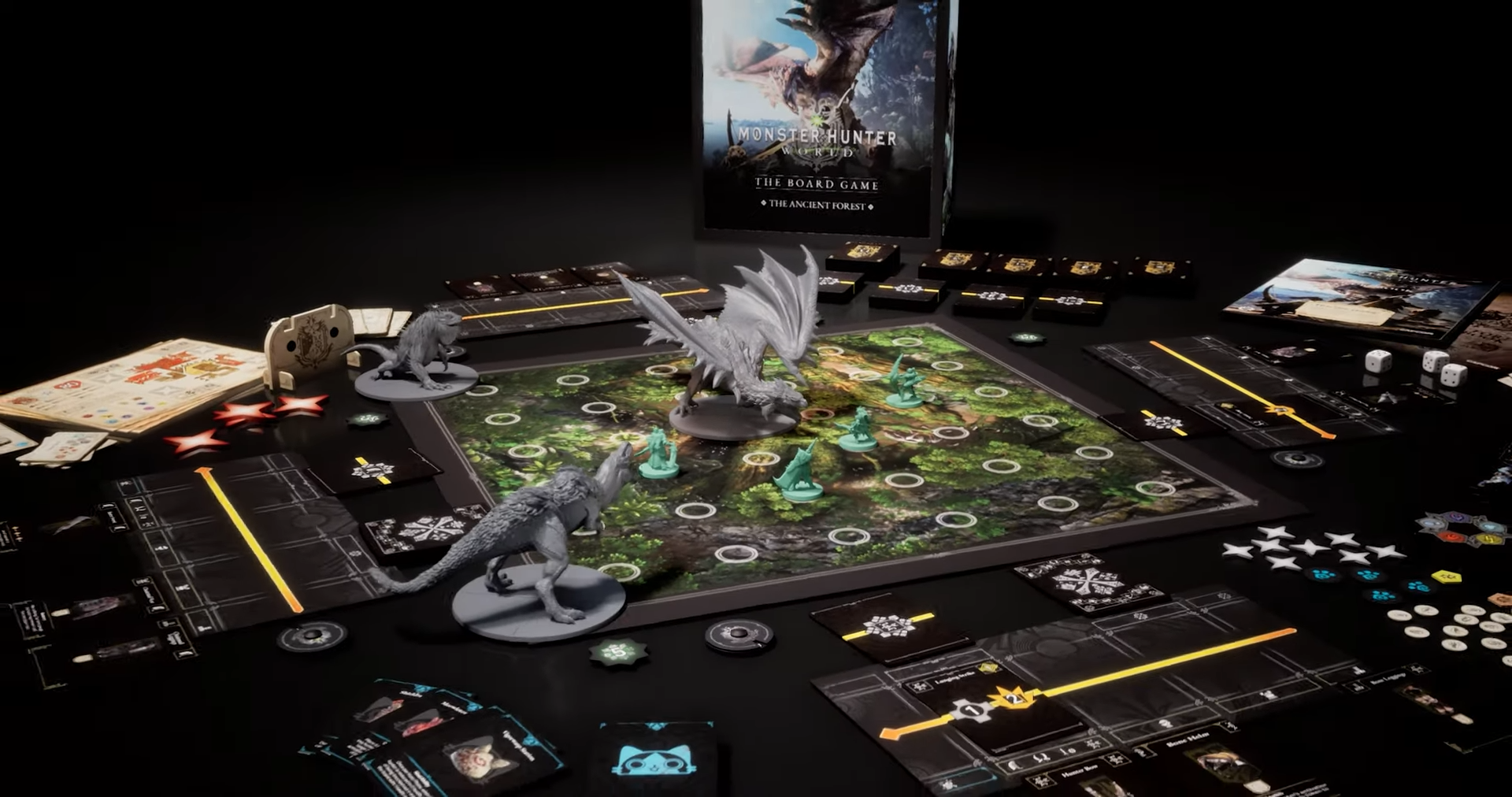 MH enters the tabletop scene as Monster Hunter World: The Board Game launches on Kickstarter soon!

Hunters ain’t done with Monster Hunter World just yet as Steamforged Games is ready to create a tabletop incarnation. Monster Hunter World: The Board Game heads to Kickstarter this April 20th giving 1-4 players the feel of hunting outside the screens.

Monster Hunter World: The Board Game will have a variety of sets, each with their own variation of hunters and monsters. As stated earlier, the game will cater 1-4 players as they engage in hunts based on the MH: World universe. Of course, all of the key mechanics found on the video game version will make their way here. We’ve got weapon and armor upgrades and crafting, gathering, questing, as well as our trusty cat buddies a.k.a Palicoes and a lot more. Hunters selected by players are based on the weapons we’ve come to know and love in the franchise.

Hunts aren’t your run of the mill straight rumble with large monsters. The game actually has a sort of campaign or story style mode where you progress in an area to eventually encounter your prey or predator dubbed the Gathering Phase. This allows hunters to gather other materials as well as items to aid them along the hunt. The showdown with the monster itself will commence in the Hunting Phase once the hunters are done tracking and gathering.

Monsters actually have their own behaviour cards that dictate their movements and reactions to hunter actions. These include signature move sets of monsters we’re familiar with. Hunters also have their own set of cards to react to monster attacks as well as bonk their foes. These can be dodge cards, skill cards, combo cards and even cards that can summon their trusty Palico. Rewards obtained at the end of quests are based on the monster’s reward table. Then players will bust out the good ol’ dice to roll for the parts they’ll get from the hunt.

Of course, the most fulfilling part of Monster Hunter is creating gear from the materials you get through your hunts. After the hunting phase the game now moves on to the HQ Phase. This is where all the crafting and upgrading of your hunters are done. Much like in the video game version, monsters have specific weapon variants and not all weapon types are available from their parts.

With this a Forge Reference card will dictate what type of equipment a certain hunter can create and upgrade. Similar to World, you still have to follow the weapon tree, meaning you have to craft the prior pieces of a certain gear before you gain access to it. Armor works almost the same way, but this time each monster will have their own version. Each piece will require a certain amount of materials and their own stats and skills.

The campaign page is yet to reveal any other information about the game but here are the following pledge prices and their corresponding rewards:

You can sign-up to be notified over at Kickstarter when the campaign begins. Of course, we still have a few weeks til release, so more information may come to light. You can also check out an official playthrough of the board game by the devs here.