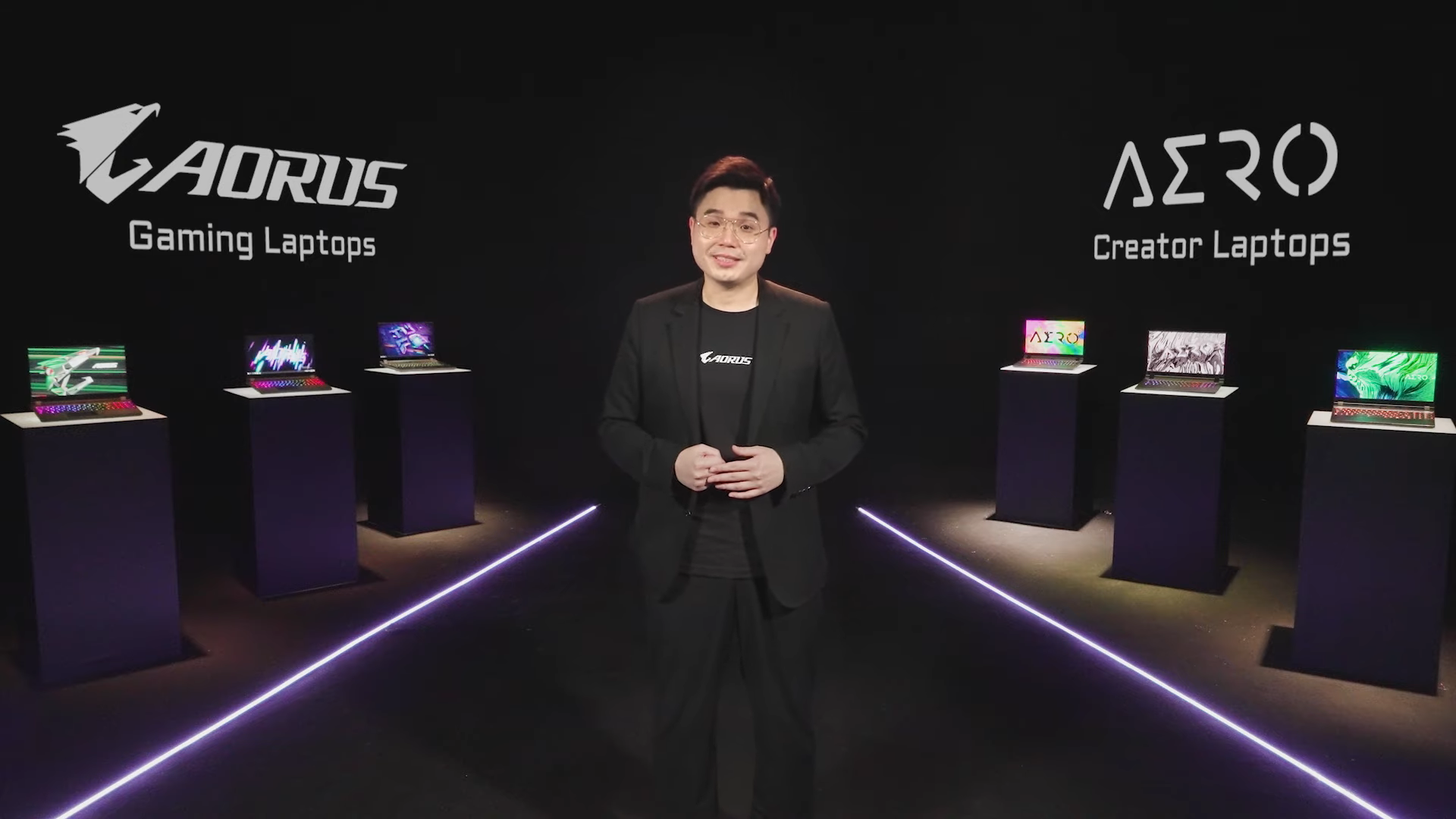 Headlining Gigabyte’s “Performance Above All” digital event are their new and improved AERO and AORUS gaming laptops. These notebooks come equipped with Nvidia’s RTX 30-series GPUs.

Let’s first take a look at the big boys from the AORUS line. Leading the pack is the AORUS 17G, featuring high-end specs from top to bottom. Not only does it pack up to an RTX 3080 GPU, it also comes with Intel’s I7-10870H processor, a 17.3″ FHD 300Hz IPS display, and a True OMRON mechanical keyboard. Following the monstrous 17G is the AORUS 15G also equipped with an RTX 3080 GPU. This time though, we’re getting a 15.6″ 240Hz FHD display along with Intel’s 10th Generation i7-10870H processor.

Finally we have the baby of the group, the AORUS 15P featuring an RTX 3070 GPU, a 15.6″ 240Hz FHD display, and Intel’s 10th Generation i7-10870H processor. All three also come with the redefined WINDFORCE infinity technology. The cooling system specially designed by Gigabyte for optimal airflow intake and temperature control. As a final piece, these notebooks were co-designed with G2 Esports, a well-known esports team.

Then we have the smaller AERO 15 OLED featuring a 15.6″ 4K HDR AMOLED display. Along with that high quality display is an RTX 3060 GPU and an Intel i7-10870H Processor. Much like its larger brethren, it also has X-Rite Pantone calibration. Lastly, we have the AERO 15 packing an RTX 3070 GPU. No 4K or OLED display here as we’re only getting a 15.6″ FHD IPS LCD. For the processor we’re getting an i7-10870H and like all the other AERO models X-Rite Pantone calibration.

These AERO and AORUS laptops are now available for pre-order and will release about a week from now on January 26th.