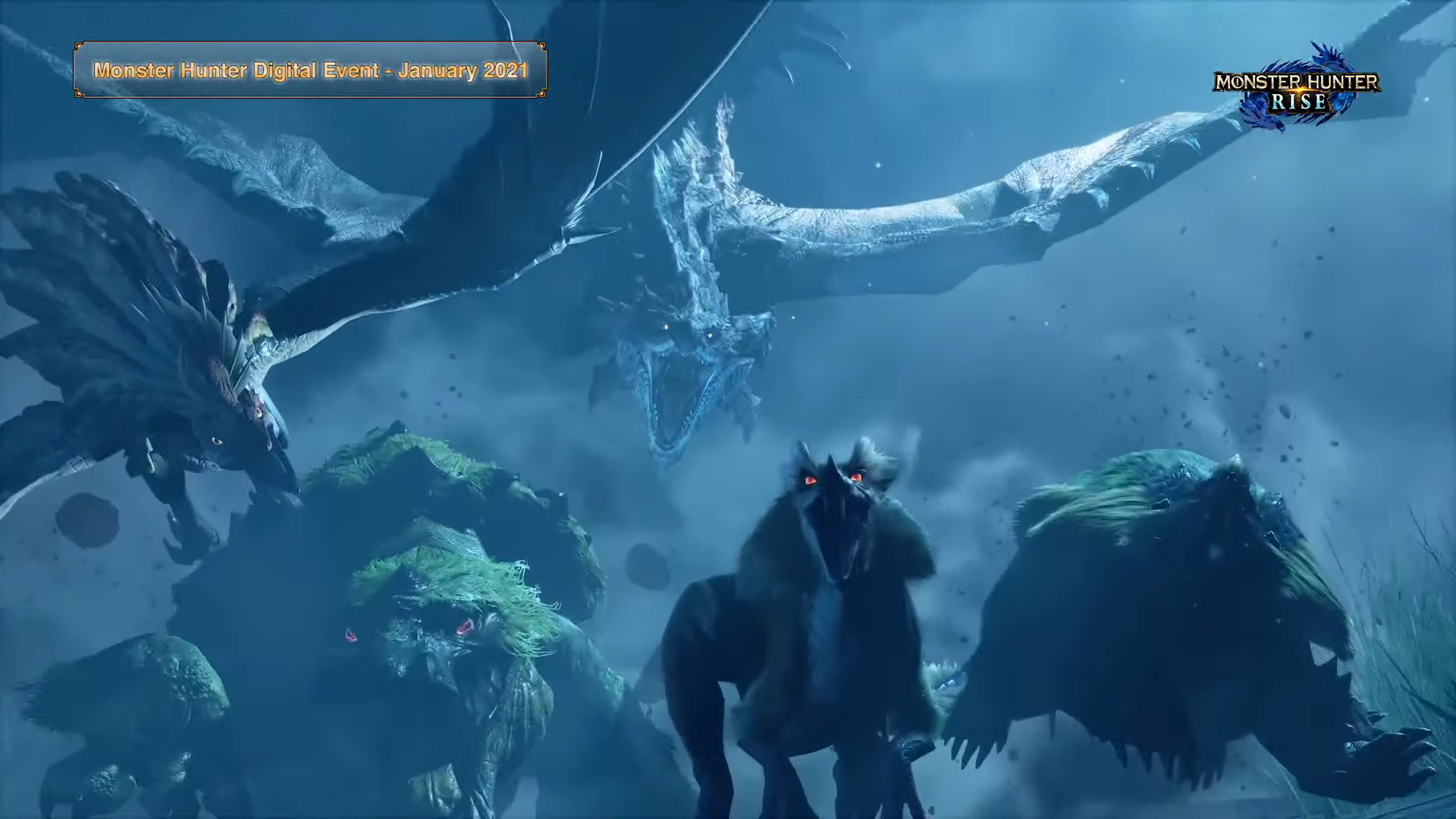 A lot of juicy tidbits were revealed during the recently concluded MH Digital Event!

New monster reveals as well as mechanics made it to the center stage in Monster Hunter’s January 2021 Digital Event. We saw some familiar and returning faces alongside the new ones we’re bound to meet. Not only that but Demo details also came to light.

We already know Khezu is making its way back to the Monster Hunter Universe through Rise as well as the new flagship, Magnamalo. Today though, we got to see both of them in action alongside other adversaries:

A new mechanic to be introduced in Monster Hunter Rise with the use of Wirebugs. It’s similar to mounting except this time, you get to control the monster momentarily. Yep, that’s right they essentially become a true mount. Hunters can even use a monster’s attack while ridden or bang them on rocks, ledges, and the like.

Pre-orders for the game are now open where we have a digital Standard and Deluxe Edition. As well as a Collector’s Edition, though that was not part of the reveals tonight. The Deluxe Edition of the game includes some exclusive downloadable content along with the base game. Apart from that we have some MH Rise Amiibo that provide exclusive layered armor sets.

Apart from all the new reveals, we also got some juicy info regarding the upcoming Demo. Players will get access to the following quests during the duration of the demo. Which will start on January 7th up until 00:00 PST/03:00EST February 1st.

All 14 weapons will be available for use during the course of the Demo. These quests can be played in Solo and also Local and Online Co-op. Palamutes and Palico are available too, so you won’t be alone in these quests. Monster Hunter Rise releases March 26, 2021, you can pre-order a copy of the game now over at the eShop.