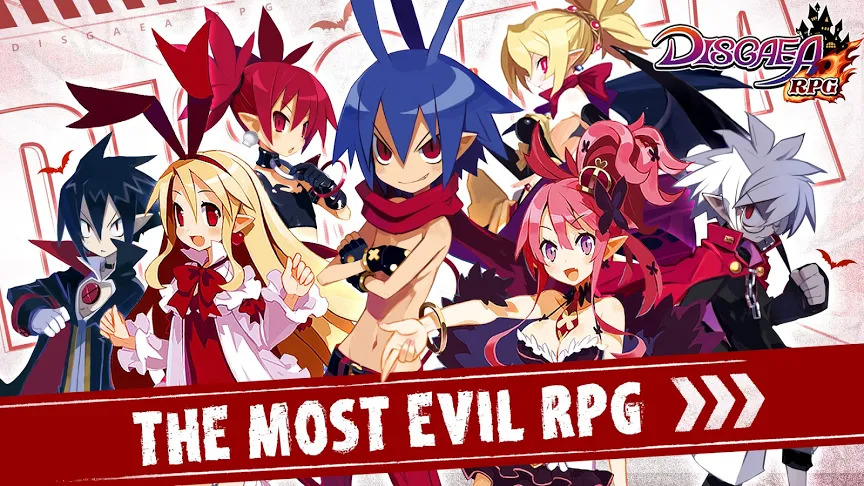 Disgaea RPG makes its way to a select few screens today as they open up their Android closed beta servers. Players from Canada, Brazil, Australia, and the Philippines will be able to download and play the game now. The game will fully release on Android and iOS though.

Disgaea RPG features units and characters from the well-known franchise. However, instead of the traditional tactics-like gameplay, we have a turn-based system. Of course, the quirky attacks and attitude of characters the franchise is known for is still present. Not only that, but classic elements from the series make their way into the mobile version too. Features like team attacks, throwing, tower, the Dark Assembly, the Item World, and the Overlord’s Tower are all here. The game makes use of the ever so infamous “Gacha” system, so expects some heartbreaks from pulls and other features that come with it.

The closed beta will run from January 4th up until the 14th. After which, the server will wipe the data in preparation for the full launch. So, don’t get too attached to your characters. Despite being in closed beta and having a wipe afterwards, the game will have some events. So, players can better experience what it can offer until full release. You can check out these events and rewards over at the game’s unofficial (as of yet) Facebook page. Download link below, take note you have to be logged in with an account from a country that has access to the game.

Creepeth you're a behold heaven