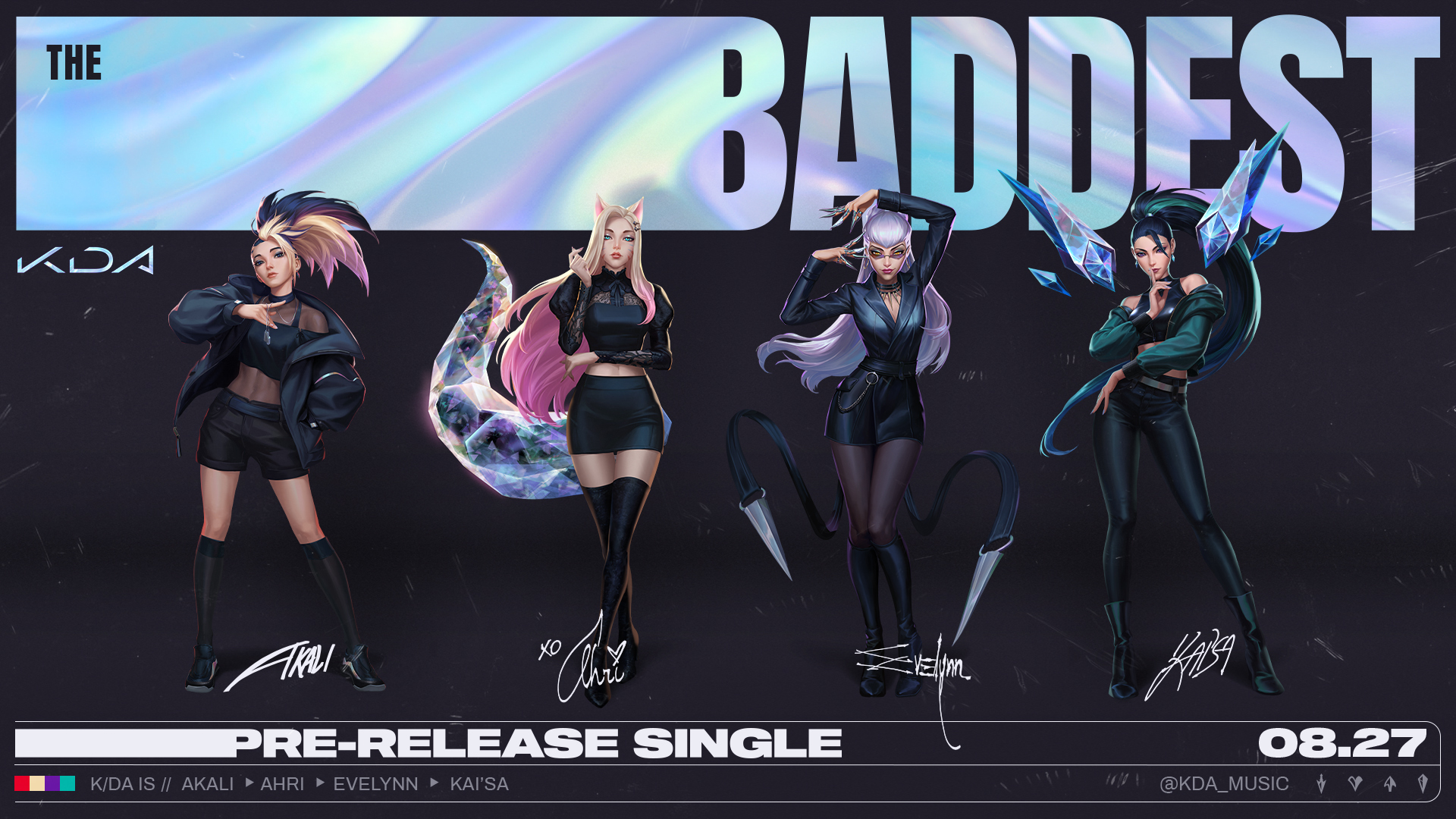 The world’s most popular virtual Kpop group is back. Earlier today, Riot Games’ K/DA just dropped their comeback single, “The Baddest”. After a two-year hiatus from the music scene, K/DA has returned with this new song, along with an upcoming album (release date unknown). The timing of their release also suggests a possible appearance at the 2020 League of Legends World Championship.

K/DA is a virtual Kpop group comprised of characters from League of Legends: Ahri, Kaisa, Evelynn, and Akali. Members of (G)-IDLE, Bea Miler, and Wolftyla serve as the voices of these characters. Fans may remember K/DA from their first single, “POP/STARS” which they performed at the 2018 LoL World Championship final. You can stream “The Baddest” wherever music is available.