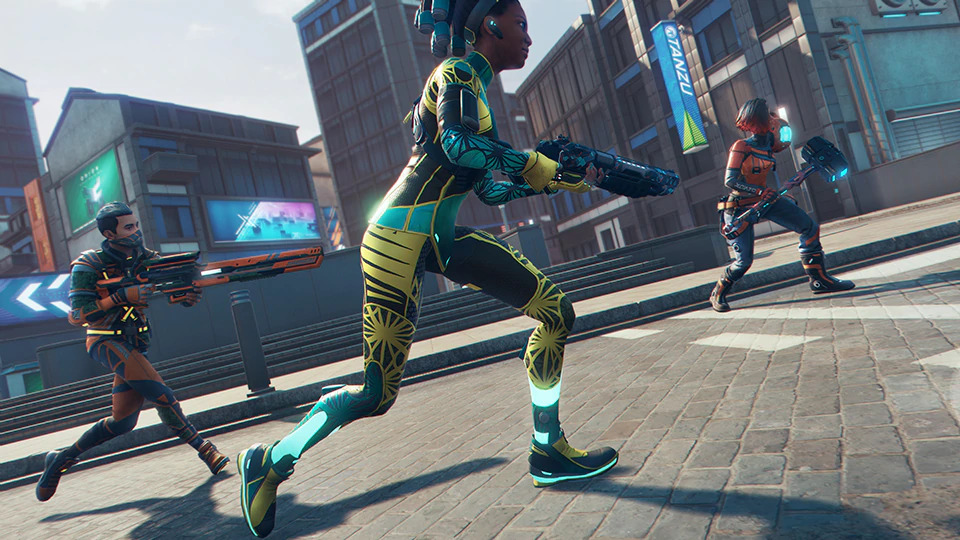 Hyper Scape leaves Open Beta behind and starts its first Season along with the official release!

After almost a month in open beta, Hyper Scape is now ready to enter the limelight. The game officially launches on PC and Consoles along with its first season dubbed Season One: The First Principle.

Hyper Scape is really pushing itself on Twitch as such Season One introduces a new tool for use with the streaming platform — Kudos. Bought using Twitch Bits, this tool enables players to support streamers by reacting using in-game visual effects. Apart from that, the game is also getting a new weapon and hack — The mid-range Dragonfly and Magnet. With the release of Season One players can now progress through free and premium battle passes, offering various rewards. Oh and progression through these passes are cross-platform supported. So, no need to worry whether you play on PC or Consoles, progress will be saved.

To spice things up even more, limited-time events will also occur in-game such as Lethal Melee, which grants melee weapons a one-hit-kill effect. Finally, players can uncover the game’s storyline by collecting memory shards. Revealing details of events and more about the key characters. These shards will be hidden in the world each week. You can grab the game over here, which is free to play, by the way.

Legends of Runeterra arrives a little earlier on mobile