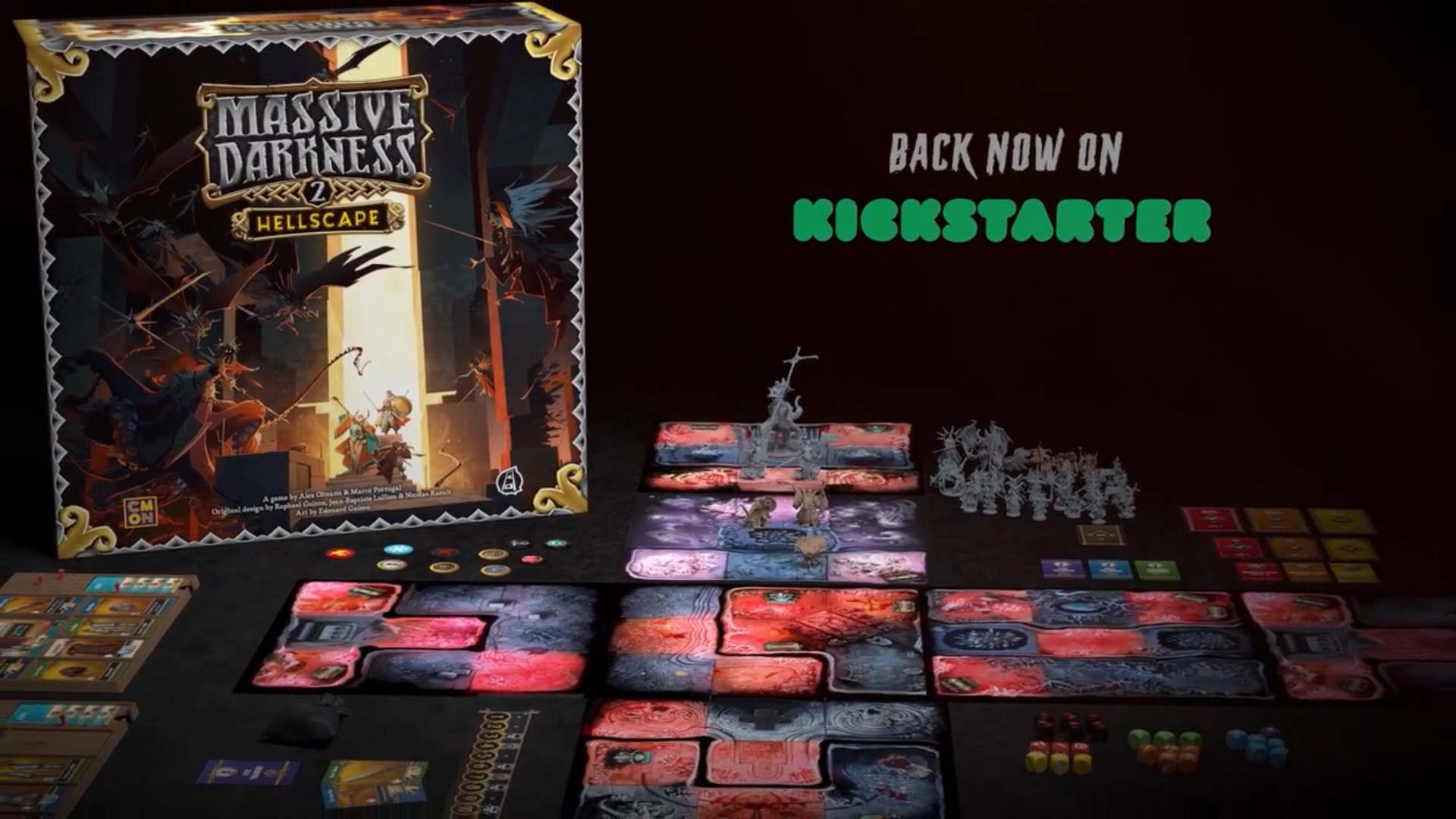 Cool Mini or Not is at it again, releasing yet another wild Kickstarter. This time it’s Massive Darkness 2: Hellscape, which they’ve been teasing for weeks now. What’s even more amazing is that it has reached over a million dollars in pledges right now.

Massive Darkness 2: Hellscape is the successor to the wildly popular Massive Darkness dungeon crawl RPG CMON released back in 2017. Hellscapes promises to be more than just a sequel as it features a lot of new components and changes. Among those are new characters, a new system, and revamped rules. The game will still cater to a group of up to 6 players or even solo. Making a return too are the classic classes from the first game, though new ones are introduced as stretch goals.

The campaign offers a pledge for just the base game or you can already grab an expansion dubbed Heavenfall. Ultimately extending your gameplay hours right off the bat. The campaign lasts for another 20 days as of writing it has amassed $ 1,094,163 in pledges, just mere hours after going live. Head on over to this link if you wish to explore what it has to offer or, you know, pledge.