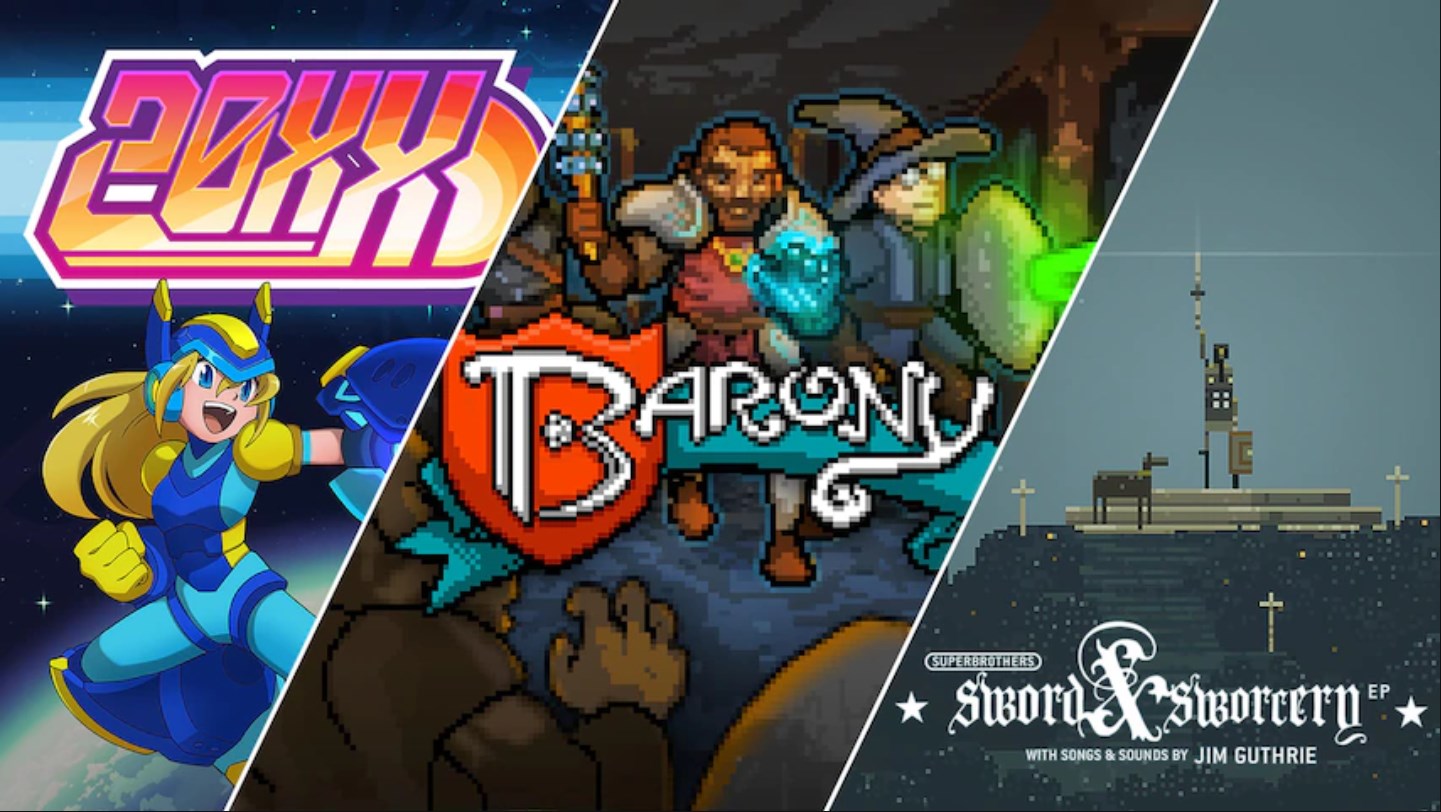 This week’s free to get bunch from Epic Games are 20XX, Barony, and Superbrothers: Sword & Sworcery. As always, grab them now until the end date, which is August 6, and keep em’ for good.

An indie roguelike action platformer, 20XX plays very much like a Mega Man game. The graphics are even inspired by the famous franchise. Stages are procedurally generated as you progress its levels. The game is unforgiving as it features permadeath. Although, you can grab upgrades to permanently increase your character’s stats, which carries over even in death. You can even bring your friends along as it features both local and online co-op.

Feeling even more nostalgic than 20XX is Barony. The title looks and feels very much like the original Doom, released way way back in 1993 or other DOS games. Except instead of guns and aliens, you get swords, magic, and monsters. Oh and friends too, you are not alone in your descent to the Devil’s Bastion as you can bring three others with you. The goal of the game is for you to destroy and undead lich a.k.a Baron Herx. Barony is a dungeon crawler through and through with added elements of roguelike mechanics.

A simple, weird but beautifully crafted game, Superbrothers: Sword and Sworcery EP follows the adventures of a wandering warrior monk. Fight enemies with her trusty sword and evoke sworcery to unlock the mysteries of the world.

The 2021 Steam Halloween sale is upon us