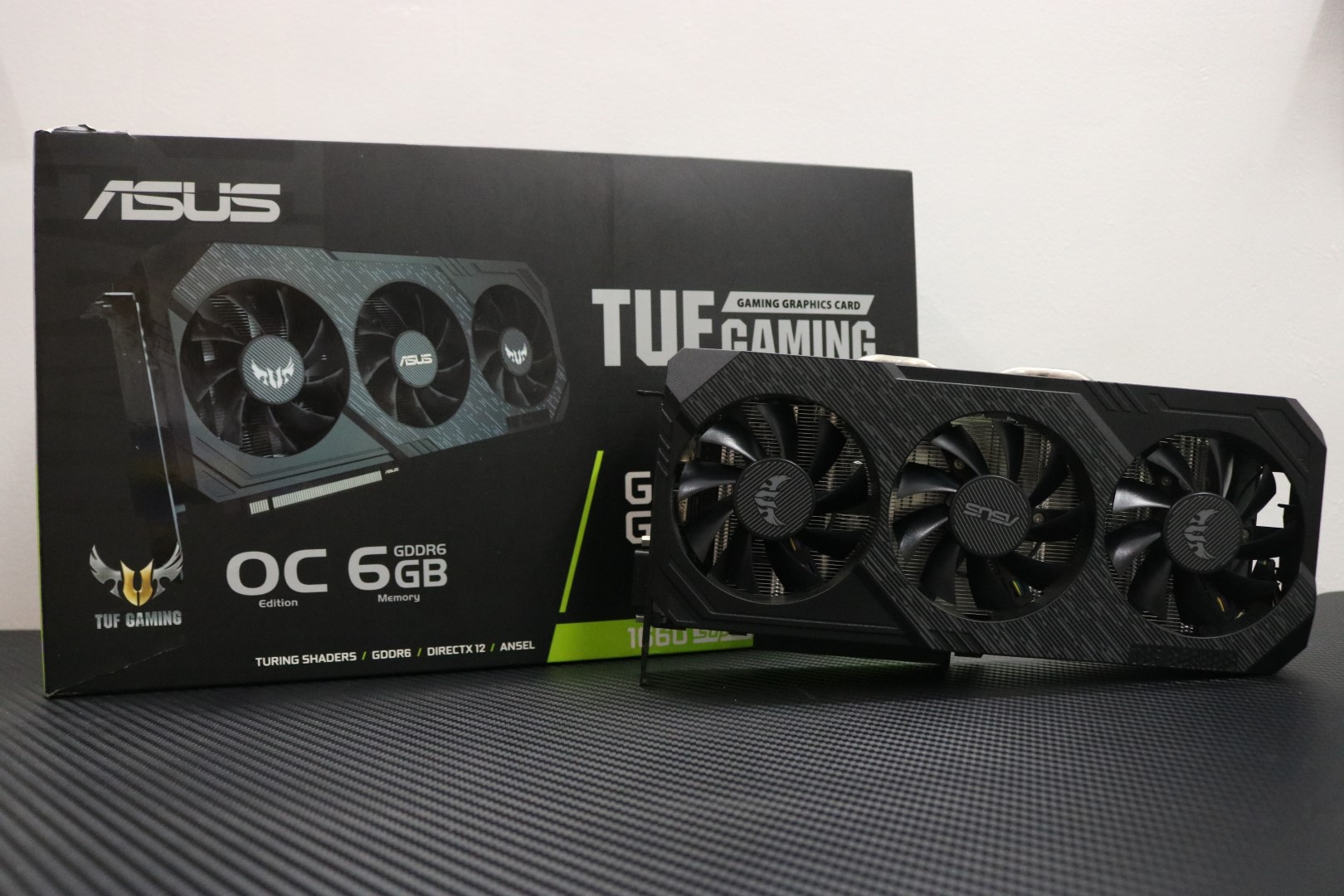 Is it worth your money?

The world of PC gaming gaining more traction than ever due to the availability for cheaper but decent hardware that can run most AAA games at decent framerates. With the most bang for your buck hardware available out there, low to midrange hardware are the best beginner-friendly specs one can have. Here we review probably the most important part for gaming, the GPU, specifically ASUS’ TUF Gaming GTX 1660 Super. The 1660 Super is known for its affordable price of Php 15,600, now we will see how it performs in modern workloads.

First off, the TUF 1660 Super focuses more on the durability, as expected of a TUF product. It has RGB Lights on its side, albeit very minimal. The 3 fans, as well as it’s large heatsink allows it to reach low temperatures (more about that later) even on stress tests. With it’s bulky but minimalistic design, it can fit well, and pleasing to look at in most PC build themes.

3D Mark results are shown above. Having 10K points above in Fire Strike, and above 5K in Time Spy. The extreme benchmarks show decent points despite these benchmarks being suited for high-end GPUs.

The GPU was tested on 32 games, using high presets and at 1920 x 1080 resolution. The GPU was able to achieve well above 60 FPS in most popular multiplayer games, like DOTA 2, CS:GO, PUBG, and the like. there were only 4 games that did not have an average of 60 FPS, which is Monster Hunter World, Red Dead Redemption 2, Kingdom Come Deliverance, and Assassin’s Creed Odyssey.

All of which are pretty heavy games and have a knack of having some problems with optimization. While they did not achieve 60FPS, they were still able to reach 50+ FPS, with the exception of Red Dead Redemption 2 (which is a very demanding and unoptimized game), they were able to achieve the higher 50s. All in all, the TUF 1660 Super achieved acceptable, if not impressive, frame rates in these games.

For those looking into entering the PC Master Race, the ASUS TUF 1660 Super is a great starting GPU. With its low price of Php 15,600 (~$313), it offers high performance in most mainstream multiplayer games, while offering decent framerates in triple-A single-player ones. Achieving higher than 60 FPS in most of them, while reaching a decent FPS of 50+ in more demanding games.

In terms of its performance with other GPUs, it scored a little lower than the 2060, however, with the 2060 being 30% more expensive, the small differences in its 3D Mark scores is a little price to pay. With lower temperatures due to its performance/durability-focused design. This GPU is a great stepping stone or entryway into the PC Master race.