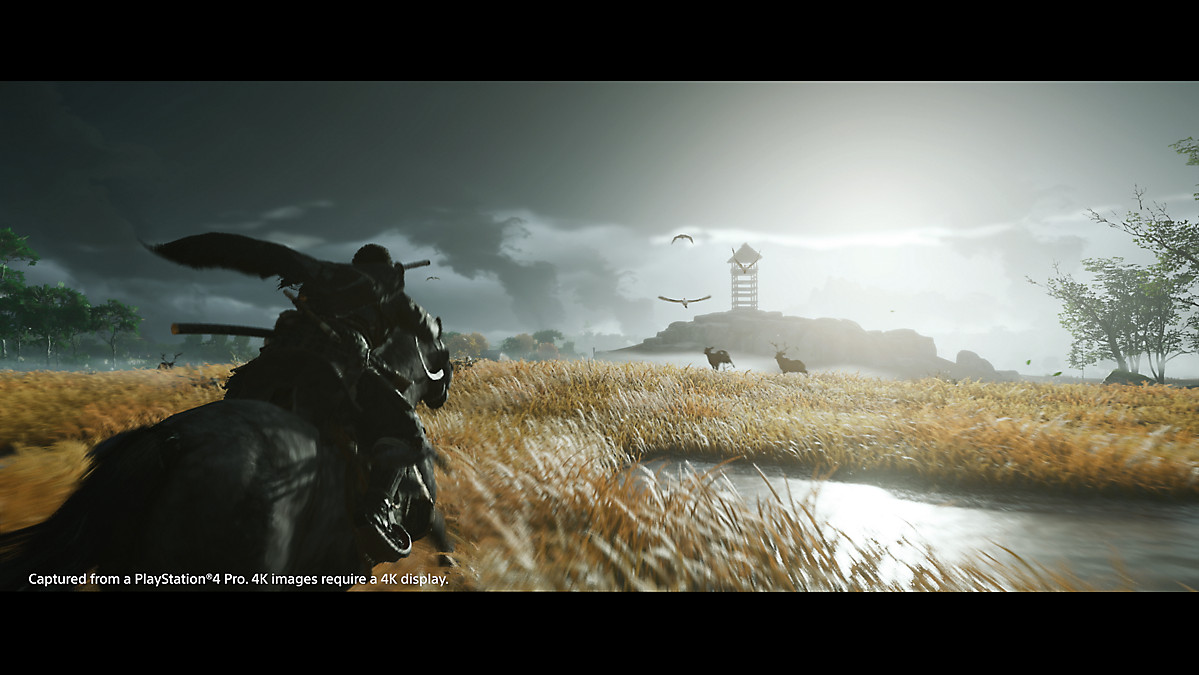 Sony has provided an in-depth gameplay of what we can expect with their upcoming first-party game, Ghost of Tsushima. While it was announced a few years back, and a few gameplay snippets were shown in the trailer, we knew virtually nothing with regards to its actual gameplay. Today that all changed with the recent State of Play, which provided us with deeper insights to Ghost of Tsushima’s gameplay mechanics.

The first feature emphasized in the game is the exploration of its beautiful open world. But what makes it different from other open worlds? It’s lack of HUD and waypoints. But, how will that work? Ghost of Tsushima’s world design will focus on natural visual cues in the world, to increase immersion and lead players to various points of interest.

Look for smoke to identify NPCs, foxes and birds will guide you to Shrines and other points of interest. You can still set a “waypoint” but it never actually appears on your screen. Instead, you can call for the Guiding Wind; a gust of wind that blows to the direction of your waypoint, a creative and immersive alternative to the typical video game option.

Combat was also shown, displaying 2 types of play styles: the Samurai, and the Ghost. The Samurai, shows a more head-on approach, from having stand-offs against enemies to taking stances and parrying at the right time. While the Ghost, is a less honorable way of playing, focusing on several crafty tools like the firecrackers and kunai, stealthy assassinations, causing fear to your enemies such that they run away instead of fighting. One might think these are only 2 ways of playing, but it all depends on your costume/armor.

In true RPG fashion, each piece of clothing will not only change your looks but will offer different stats as well, greatly affecting certain combat actions you can perform. Meaning the Samurai, or the Ghost playstyle were brought forth by the armor the player has equipped. additionally, you can search for dyes around the world to change the color of your armor. so you can have the best of both worlds in terms of stats and fashion.

The last feature emphasized is Ghost of Tsushima’s aesthetic. Just like with recent games, a photo mode will be added, in which you can change the falling particles, from cherry blossoms to fireflies, to give an additional aesthetic for your screenshots. Additionally, you can play the game in an old school movie filter, having the black and white, grainy aesthetic, throughout the entire duration of the game, much like those old samurai action thrillers. To top it off, to massively increase immersion, you can play with Japanese voices with English subs from the get-go. Playing a game set in feudal Japan, with Japanese voiceovers.

More details will be announced in the future as we approach Ghost of Tsushima’s release date of July 17. So stay tuned for more details on the PS4’s possibly last exclusive.