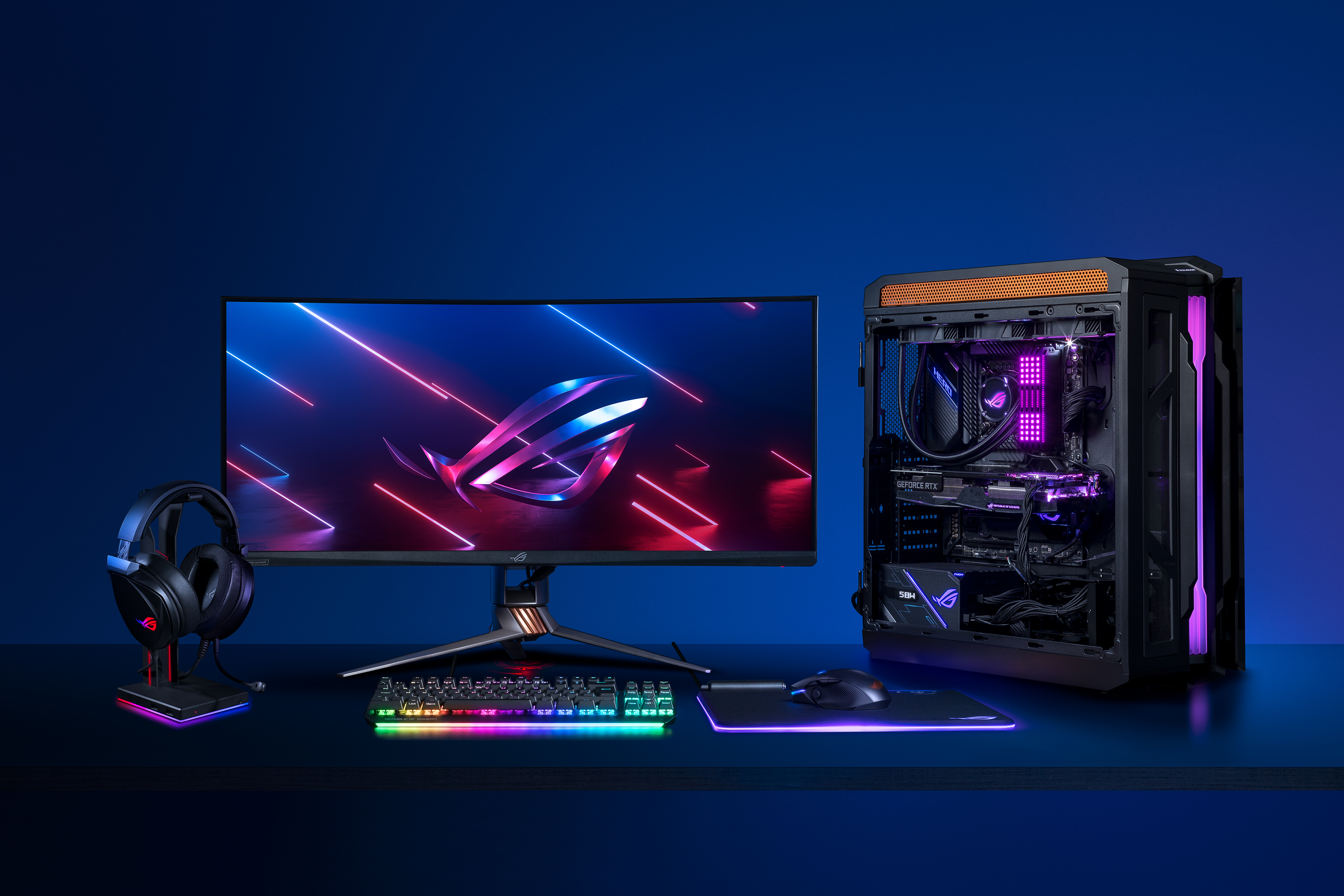 As we welcome the arrival of 10th-gen Intel Core processors, ASUS updates its motherboard offerings for the new powerhouse. Say hello to the company’s Z490 series. The line-up offers options from content creators up to the PC Enthusiast.

Leading the pack is the ROG Maximus XII Extreme. The board enjoys ASUS’ ProCool solid pins, a set of MicroFine Alloy chokes, Optimem III technology, and memory clocks of up to 4800MHz. Scattered throughout its body are four M.2 slots for ample storage. For I/O we’re getting a USB 3.2 Gen 2×2 Type-C port, three USB 3.2 Gen 2 (one Type-A and two Type-A), and Intel Ethernet I225-V. For wireless connections we’re getting WiFi 6 and Bluetooth 5.1. Lastly, the Maximus XII Extreme comes bundled with a ThunderboltEX3-TR card, a Thunderblot 3 add-on card providing bi-directional speeds of up to 40Gbps. Lastly, we have a Thunderbolt 3 header than can support six devices in a daisy-chain for fast charging.

Next up we have the ROG Maximus XII Apex. It shares the same 16 teamed power stage design of the Extreme and an overclocking-optimized six-layer PCB. The Apex also enjoys ASUS’ OptiMem III technology and numerous headers for standard and high-amperage fans. For ports, we’re getting five USB 3.2 Gen 2 (4 Type-A and 1 Type-C), another five USB 3.2 Gen 1 Type-A for the rear. Then one USB 3.2 Gen 2 front panel connectors, two USB 3.2 Gen 1 connectors, and five USB 2.0 ports.

Moving on we have the Strix family, starting with the Z490-E and Z490-F Gaming. The pair features heatsinks with an embedded heatpipe and a secondary one for cooling the Z490 chipset. Both boards also feature six-layer PCBs and ProCool II auxiliary power connectors. The Z490-E has an optional fan that can be attached to the VRM heatsink. What sets them apart is that the Z490-E features a 14+2 power stage while the Z490-F has 12+2.

Next we have the ROG Strix Z490-H Gaming, for those looking for a red and black ATX board. The Z490-H comes with a 12+2 VRM and DIMM slots that support speeds of up to 4,600MHz. Despite the overall red and black color scheme users can customize the lighting of the board with Aura Sync and LED strip headers. We also get extra durability as the PCIe slots has ASUS’ SafeSlot feature. Moving on to I/O, at the back we have 4x USB 3.2 Gen 1 Type-A ports, 2x USB 3.2 Gen 2 (one Type-A and Type-C), 1x Intel I225-V 2.5Gb Ethernet, 1x DisplayPort, 1x HDMI, 1x USB 2.0, 1x Optical S/PDIF out, 1x USB BIOS FlashBack, and 5x gold-plated audio jacks.

Then we have a board similar to the Z490-H, the ROG Strix Z490-A Gaming. This time around it takes on a more refreshing color scheme with a silver and white aesthetic combo. The only difference is in the back I/O, it has one extra USB 2.0, and a front-panel USB Type-C connector.

Last but not least, we have the TUF Gaming Z490 line-up composed of the TUF Gaming Z490-Plus and Z490-Plus (WiFi). The only difference between the two is that the Z490-Plus (WiFi), well is wireless-enabled out of the box. Whereas the Z490-Plus requires some extra parts (WiFi card). Feature-wise the boards come with six-layer PCBs, a 12+2 power design, TUF capacitors and ProCool solid-core auxiliary power inputs, and two PCIe x16 slots with one protected by ASUS’ SafeSlot design. For storage, we have two M.2 slots with one covered by a heatsink. Right for the back I/O we have 4x USB 3.2 Gen 1 Type-A ports, 2x USB 3.2 Gen 2 ports (one Type-A and Type-C), 1x PS/2 Keyboard/Mouse combo port, 1x DisplayPort, 1x HDMI, 1x RJ45 Lan, port, 1x Optical S/PDIF out, 1x ASUS Wi-Fi module, and 5x Audio jacks. The two boards also enjoy Realtek S1200A onboard audio that supports DTS Custom surround-sound virtualization.

And that’s it for the gaming motherboard lineup of ASUS for the Z490 chipset. Local pricing and availability for the boards are yet to be announced. So stay tuned!

New Gunbound is heading to the Southeast Asian Market this year