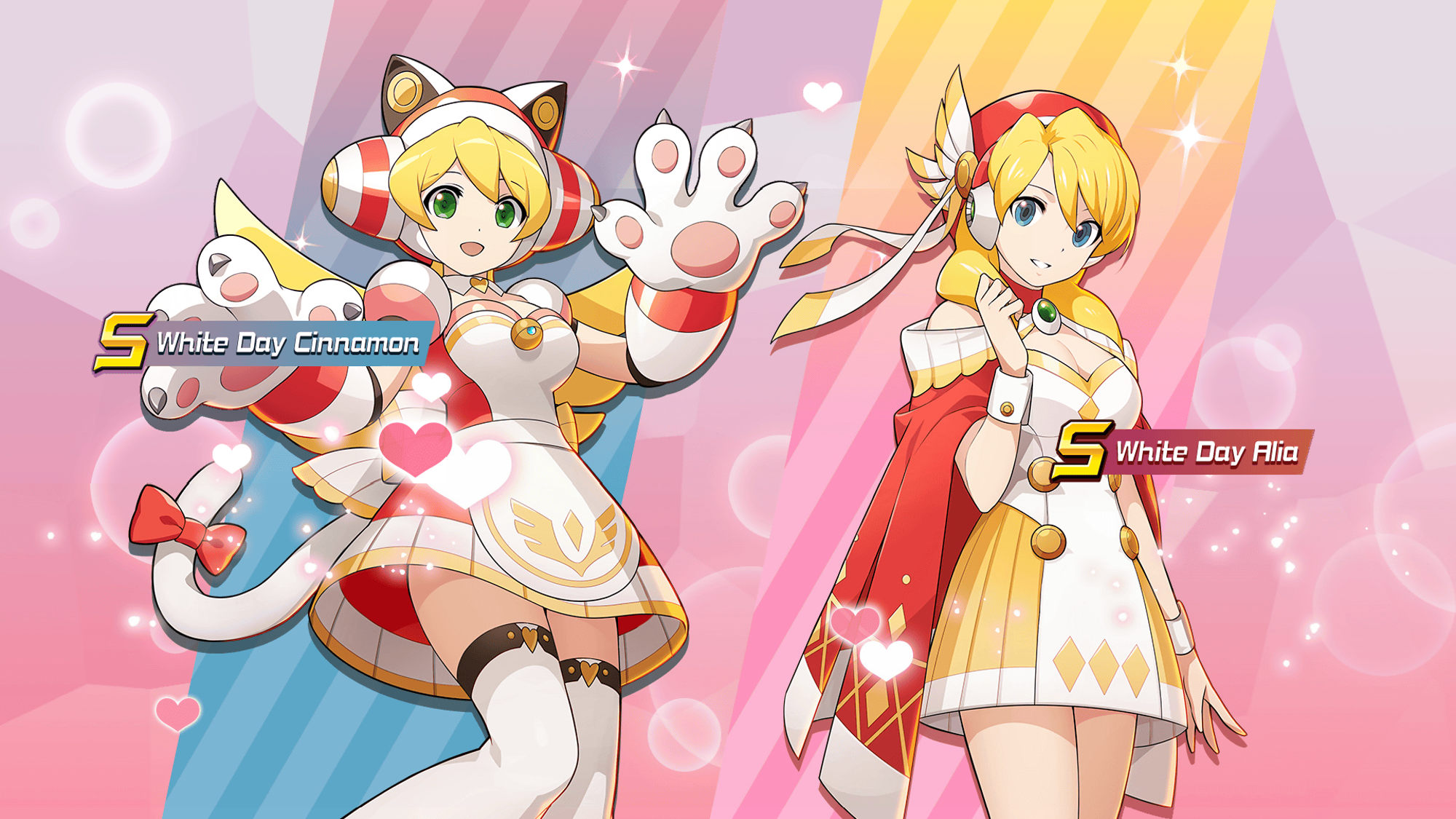 Making their debut in this candy-tastic event are White Day Zero, White Day Alia, White Day Cinnamon. White Day Zero is a skin for our darling character, while the other two are completely different units.

White Day Cinnamon retains the support skills of the original. However, she gets two new toys in the form of “Courtesy Chocolate” and “Love Infusion”. The former weakens defenses of targets and the latter increases a character’s crit rate by 80%, stackable up to three times.

White Day Alia, on the other hand, comes with “Heart Balloon” and “Flying Kiss”. Heart Balloon is an AOE skill while Flying Kiss deals piercing damage in a straight line shot.

As for the event proper, Starting March 31 up until April 13 players can accumulate points to grab in-game materials. There’s even a special stage where you can ride an armor from the Mega Man X Series. The event also features a ranking rewards system, where players with the highest points receive even more goodies. The top player will get 5,000 Element Metals, a Special Gift, Skill Points, Proficiency Memory Card, and a lot more. Using characters and weapons with bonuses yields extra gifts at the end of each event stage.