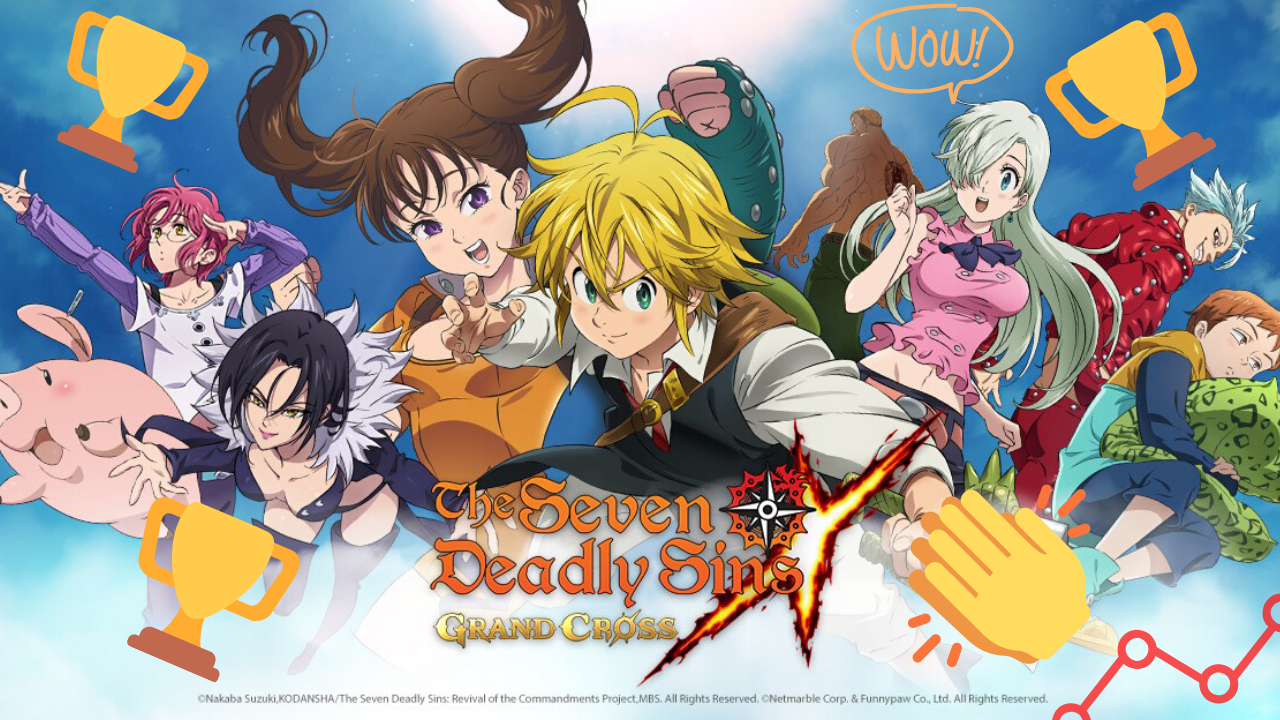 Very rarely do you associate greatness with a Gacha game. That system is mired with infamous features such as an energy system, insane cash shops, long grinds, and pay to win mechanics. Not to mention, the ever so lovable (lol! yeah, right) Gacha system, where we pray that RNG blesses us with the things we want. However, Netmarble seems to have solved the puzzle on how to make such a game actually and truly enjoyable.

Don’t get us wrong, it still has most of what we mentioned above but it does offer a ton more to compensate. What do we mean by that? Well, read on to find out why we now consider Seven Deadly Sins: Grand Cross as the gold standard of Gachas.

An engaging and interesting Combat System

Apart from being a visually stunning mobile game in its own right, Seven Deadly Sins: Grand Cross offers a robust combat system. Even though the mechanics are quite simple — combine skill cards to make em stronger then whack your opponent with it. Quick and easy just like that, however, more than just a straight-up “get to the highest skill level and win”, combat requires a lot of thinking.

Will you risk losing one action to make moves stronger? Or will you settle for the weaker ones to maximize your turn actions? Who will you target first among your enemies? All of these will come into effect once you encounter the harder stages of the story and, more importantly, in PvP. This is why manual control is not a chore and is so engaging and fun to do, if you’re not farming or grinding that is.

Free and easily obtainable units that are top tier

Probably the best system Netmarble placed to compensate for the randomness and frustration of Gacha is their coin shop. Gone are the days of pulling your hair over duplicates as they are now more useful than ever. How? well once you pull a dupe of a unit they turn into a coin matching their rarity — Silver (R), Gold (SR), and Platinum (SSR). After which they now become currency for you to use in the game’s coin shop.

The shop offers a variety of stuff from evo mats to awakening stones and even stamina recovery potions. However, the stars of the show are the units you can grab in exchange for the coins. What’s even better is that purchasable units are one rarity higher than your coin currency. Meaning, Silver coins are used to buy SR units and Gold coins are used to purchase SSR units. Yep, you can actually grab a unit of your choice using this method.

This means that dupes are more useful than their usual purpose in other games. Which are either evolution material or something you fuse with the main unit to make them stronger. Granted, it still has that use in Grand Cross your Ultimate Move upgrades. Despite not offering every available SSR in the game, the coin shop still has top tier units for sale. So in reality, an awful pull in a banner isn’t all that bad now thanks to this compensation and is even a win in some regard.

It’s insane how Grand Cross’ free story units are at the top of the food chain. Normally story units are mediocre and are easily forgotten. That’s not the case with Grand Cross. Yep, even if you’re unlucky at getting featured units, the free ones handed out in the story are still pretty bonkers. One such example is King (Blue/Speed), a unit that is such a staple you’ll be hard-pressed not to include him in your lineup. I mean, petrify, heal and debuff removal? Sign us up please! Then we also have Diane (Speed) and the two Elizabeth’s (HP | Strength), who are excellent units depending on the situation. So, players aren’t really left out even if they’ll just rely on the story units.

This is where Seven Deadly Sins: Grand Cross truly shines, the sheer amount of premium currency (diamonds) you can get for free:

Various ways to obtain materials, equipment, and even premium items

Grand Cross won’t leave you hanging when it comes to getting necessary materials and items. While a large part of your game time is still spent on farming and grinding, the various in-game shops offer a ton of help:

So, you see, you have multiple sources to grab those much-needed materials whether it be for enhancing, awakening, evolving, or even fashion. In fact, you can fully rely on these shops to supply you with the materials. Granted, it will take a lot longer since there are daily caps but it removes the hassle of grinding.

Lastly, the game’s standard daily log-in rewards are truly, well, “rewarding”. Apart from the 8 diamonds you get in a week, you’re also showered with tickets. Particularly a race ticket, used to draw heroes from a specialized pool and a guaranteed SSR ticket. Yep, not only can you potentially do an 11-draw weekly thanks to PvP, you’ll also be given the chance to grab one SSR unit. Quite the generosity if you ask me.

At the end of the day all of these features come down to one factor — the game is truly Free to Play Friendly. That’s a remark all Gacha games dream of but only a few have accomplished. At the top of those few who have, is Seven Deadly Sins: Grand Cross. Free units that reign supreme, several ways to earn premium currency, a butt load of shops to aid in farming, and a robust combat system. Truly, what more can we ask for?