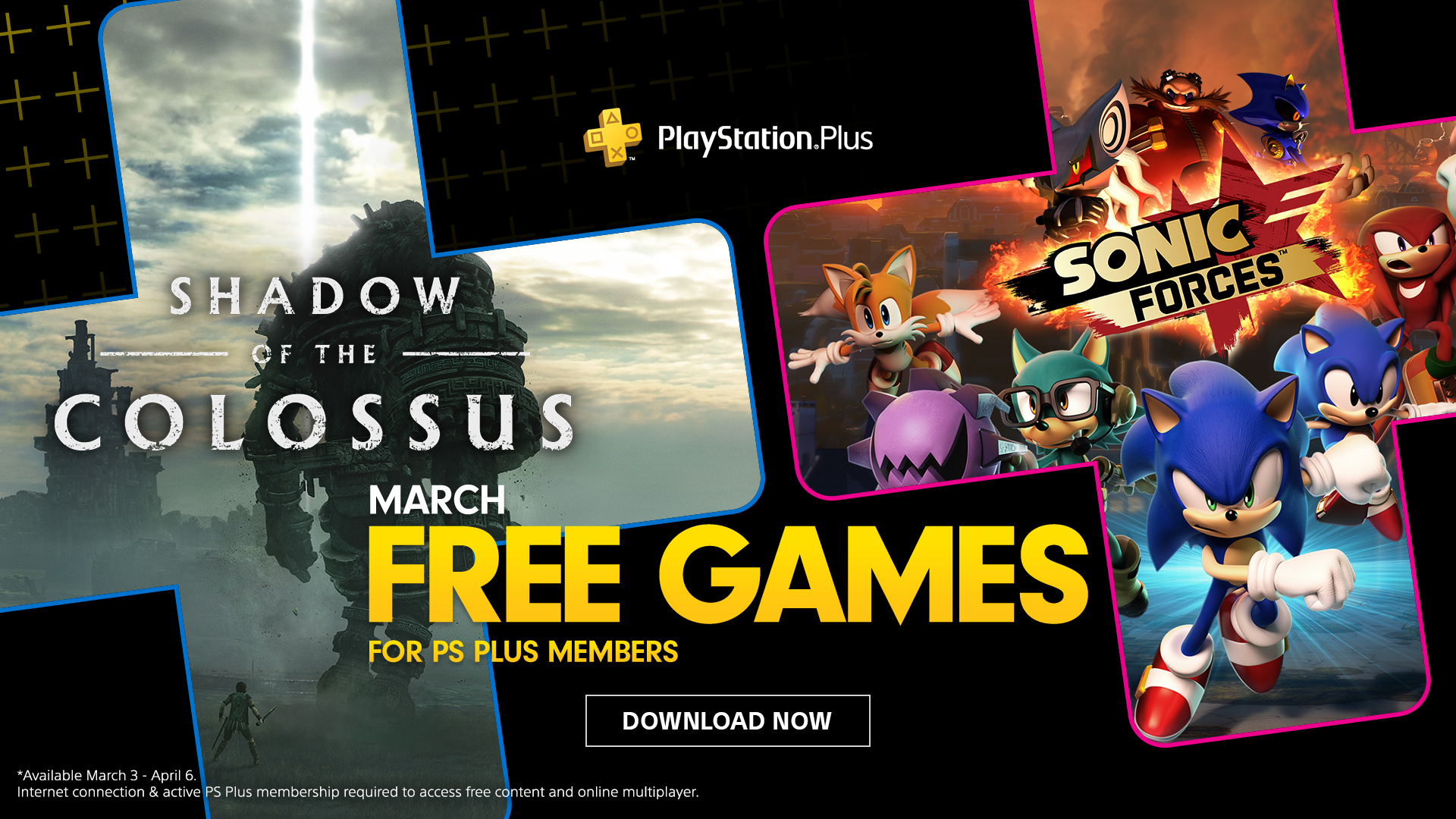 PlayStation Plus members are getting quite the treat this March!

US, EU, and Asia PlayStation Plus members will be getting the same set of free games for March 2020. These are Shadow of the Colossus and Sonic Forces. The games will be available for download come March 3rd up until April 6th.

First up let’s take a look at Shadow of the Colossus, a game that doesn’t require any further introduction. Released way back in 2005, Shadow of the Colossus puts players in the shoes of Wander as he hunts different colossi around the world. The game blends strategy and combat by having players use their wits in discovering their adversary’s weakness. Often times even making the environment a necessary weapon to topple these mighty beasts. A remake of the game was released in 2018 for the PlayStation 4, this will be the version that’ll be available for download.

Next up, we have Sonic Forces, a title that’s part of the franchise’s 25th-anniversary celebration back in 2017. The game features three gameplay modes — Classic, Modern, and a mode featuring the player’s custom character. As a Sonic game, Forces retains its platformer nature. Although, its unique feature is the introduction of a custom character. Players choose from a base of seven animal types in the creation of their character. The story features Sonic joining a resistance force with the goal of stopping Doctor Eggman. The visuals also have a darker tone than previous entries in the franchise. That’s it for our two free titles for the next month.

Moonlighter, This War of Mine is Epic Games Store's next set of free games