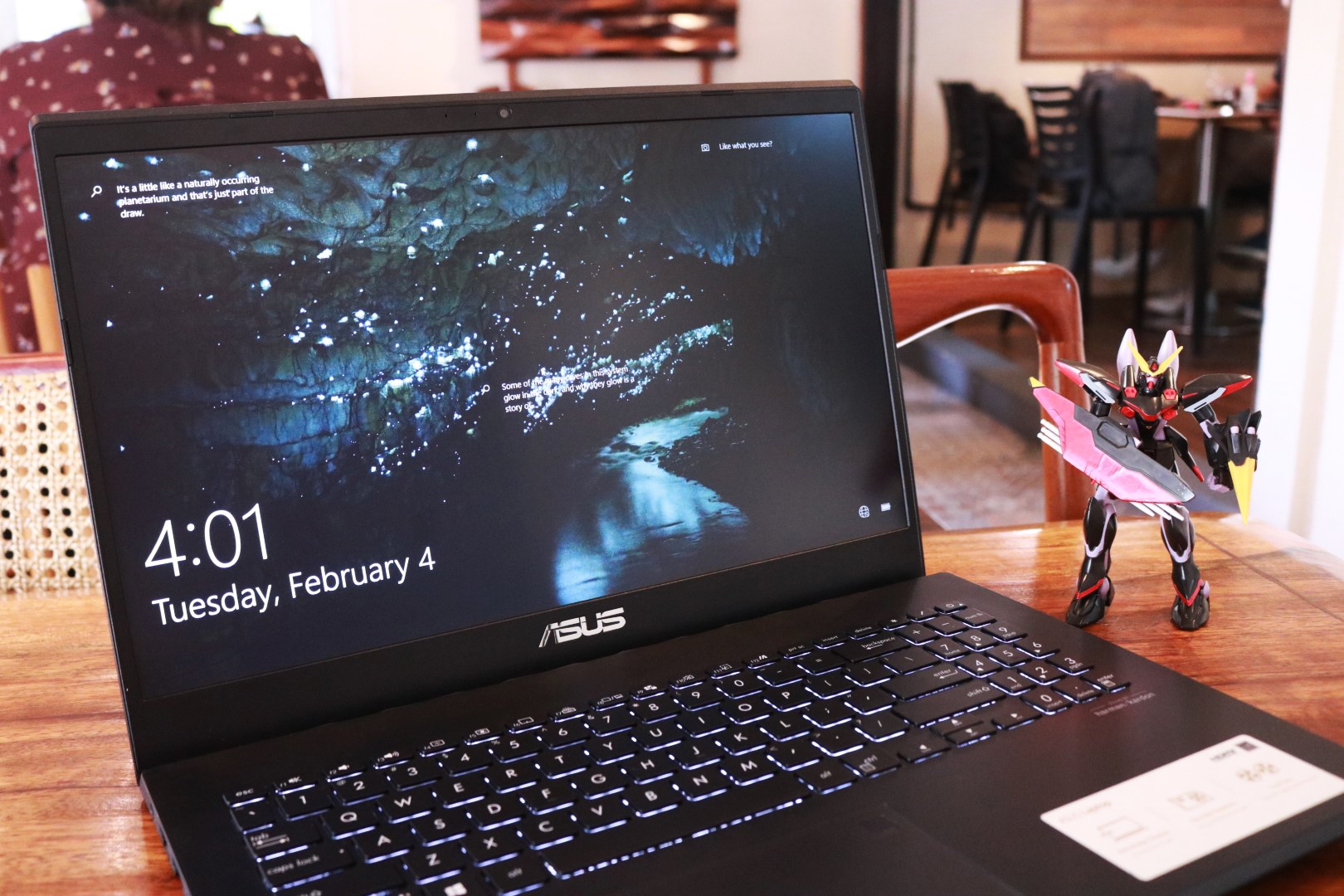 The ASUS X571, believe it or not, is more than just a budget powerhouse!

We’re slowly entering an era of affordable gaming powerhouses or what we so-call “budget” options. Brands made sure of that late last year when they introduced units with more than enough power to handle modern heavy gaming. One of those offerings come in the form of the ASUS X571 or K571/N571 depending on your region (check out our review here). A consumer budget gaming laptop option from the makers of the Zephyrus. However, the X571 doesn’t just offer bang-for-the-buck internals. Here’s what we love about the ASUS X571.

Let’s get the most obvious reason out of the way — It’s definitely bang-for-the-buck. Featuring specs normally found on more expensive models, the X571 defines the meaning behind price-to-performance. Rocking the mid-range powerhouse i5-9300H from Intel and the GTX 1650 from Nvidia. The i5-9300H doesn’t need any introduction as the 9th Gen processor from Intel has already proven itself to be on the higher end of the mobile CPU spectrum. The 1650, on the other hand, is roughly better than the previous generation GTX 1050 Ti, which during its time, was also quite the performer. Both of these components can easily run Triple-A games at 60fps on medium to high settings.

One of the more shocking features of the X571 is its Harman Kardon speakers. While we mostly just bat an eye when we see manufacturers slap a sticker stating they partnered with a renowned audio company, this time ASUS was right to put on that Harman Kardon stamp. The laptop’s speakers are just superb albeit lacking in loudness. Still, highs and mids are just great and lows are even noticeable. Audio comes out clear, crisp, and good making media consumption pure bliss.

Despite being heralded as a “gaming” laptop, the X571 shied away from the conventional black and red. It instead used a white and dark blue color combo, which is quite pleasing to the eyes. Despite its simple and discreet design, ASUS still managed to put a little bit of spunk in the X571. That’s all thanks to the patterned exhaust vents that sets it apart from your typical consumer laptop. It’s also equipped with the ErgoLift hinge, a mechanism that mimics the Zephyrus’ Active Aerodynamic System (AAS). Similar to AAS, ErgoLift elevates a portion of the chassis for more airflow. However, unlike AAS where a part of the chassis literally opens up, it just directly lifts the laptop.

The X571, as mentioned earlier, offers more than just amazing internals for its price. It also boasts some neat gimmicks that provide ease of access or quality of life. These are not necessarily mandatory features to have on a laptop but are very welcome nonetheless. First of those is something we mostly see on higher-end premium laptops — a fingerprint scanner with Windows Hello support. Tucked neatly at the upper-right hand corner of the trackpad for easy reach.

However, the most welcomed quality of life feature of the X571 lies in its keyboard shortcuts. Particularly, the camera on and off toggle and the quick screenshot. While we know you can easily grab a 3rd party program like Share X for screenshots, it’s still nice to know you already have one right out of the box. Not to mention, all Fn keys were utilized and are easily locked should you need to use the normal function commands.

Last but not least, despite not being marketed as a thin & light, the X571 is, well, relatively thin & light. Weighing at just 1.8kg, it’s as light or even lighter than some ultrabooks and thin & lights like the Zephyrus line. It’s also not a chunky boy sitting at a height of 21.9mm, closing in on the thinness of the Zephyrus G (19.90mm). Couple that with its “NanoEdge” display that packs a 15.6″ screen in a much smaller chassis and you have quite the travel companion.

Video Interview: Who is Keybol Games? -- An Exclusive ESGS 2019 Interview