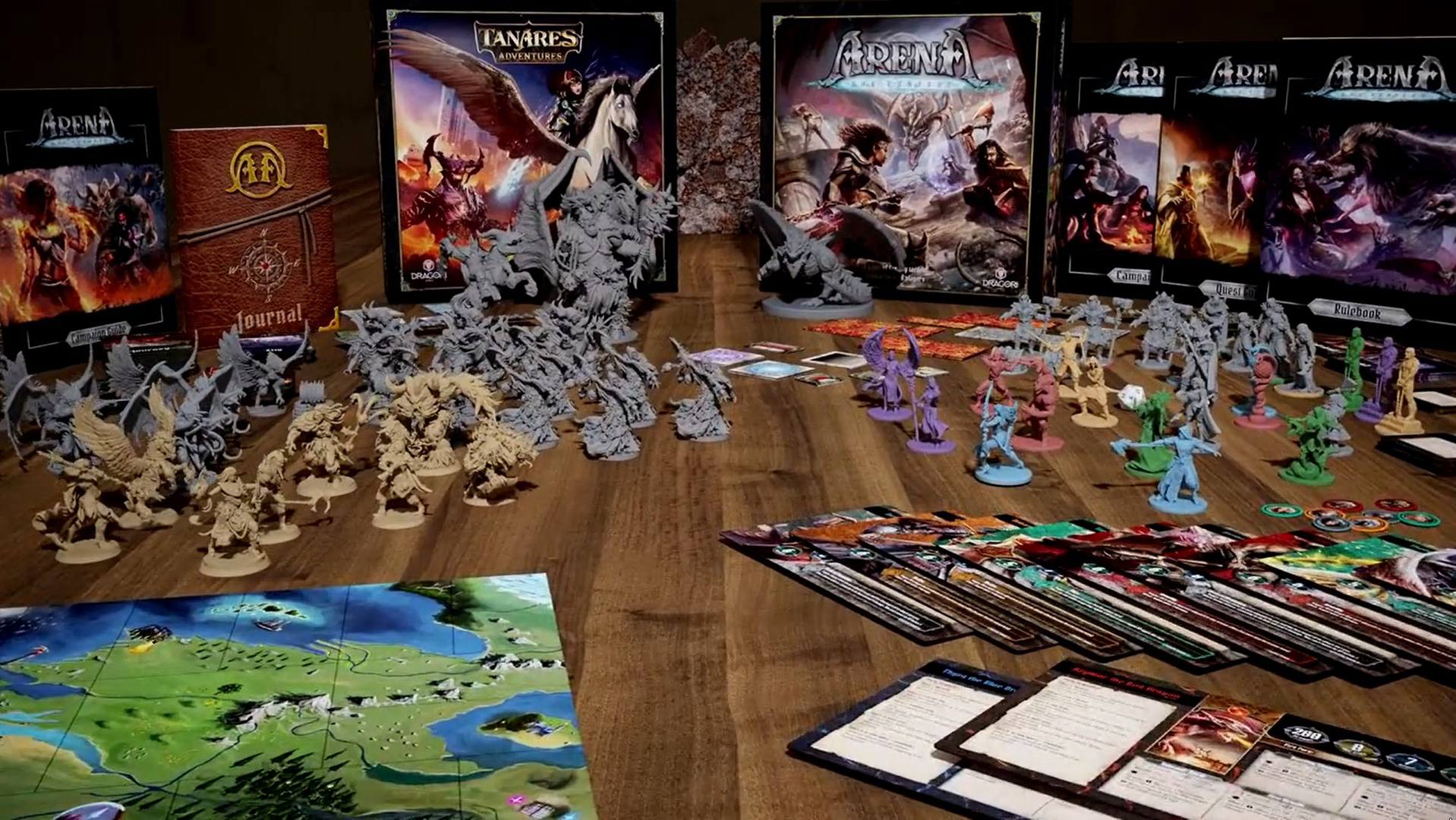 The campaign started just a few hours ago but is already fully funded!

Dragori Games goes full throttle with their second Kickstarter for Arena: The Contest. This time around we’re getting a rework of the first edition, an expansion in the form of Tanares Adventures, and a Dragon Collection.

This second campaign for Arena: The Contest comes with a lot of new add-ons and pledge bundles. For those who missed the first Kickstarter, Dragori is offering the base game once more. Although, unlike the first run, this second printing will come with the reworked miniatures that have a lot more detail. Backing any of the bundles or the Tanares Adventures expansion will net previous backers the reworked minis though, for free.

Coming in as a separate add-on is the Dragon Collection, a set of 5 large Dragon miniatures. These minis are sculpted in the image of the Dragon bosses of the base game. Not only are we getting dedicated minis for these dragons, the collection will also introduce a new game mode — Dragon vs. Dragon.

As for the expansion, Tanares Adventures introduces a whole new co-op experience. The base game’s co-op was limited to just a party of four, with PvP the one expanding the game to an 8-player experience. Now, with the latest expansion co-op play can also be an 8-player affair. The way it works is that two parties of four characters will traverse the map simultaneously. Yep, there will be two separate adventuring parties during the course of the campaign. However, the actions of each of these parties affect the other as well as the direction of the story.

Ultimately, the two squads will come together for the Final Mission of the campaign. New features introduced into this campaign are the journey and city cards. Since the campaign is now more expansive and divided, these cards serve as a link in-between quests. Then we have a new role introduced with the expansion — the Commander. A role with two miniatures, the commander themself and an accompanying companion. The campaign will run up until February 28th, check out the link here.

P.S. Dragori Games is currently doing a giveaway for Gloomhaven plus its expansion, Arena: The Contest plus Tanares Adventures, Kingdom Death: Monster 1.5, and 7th Continent along with its expansions. Check out the link here!