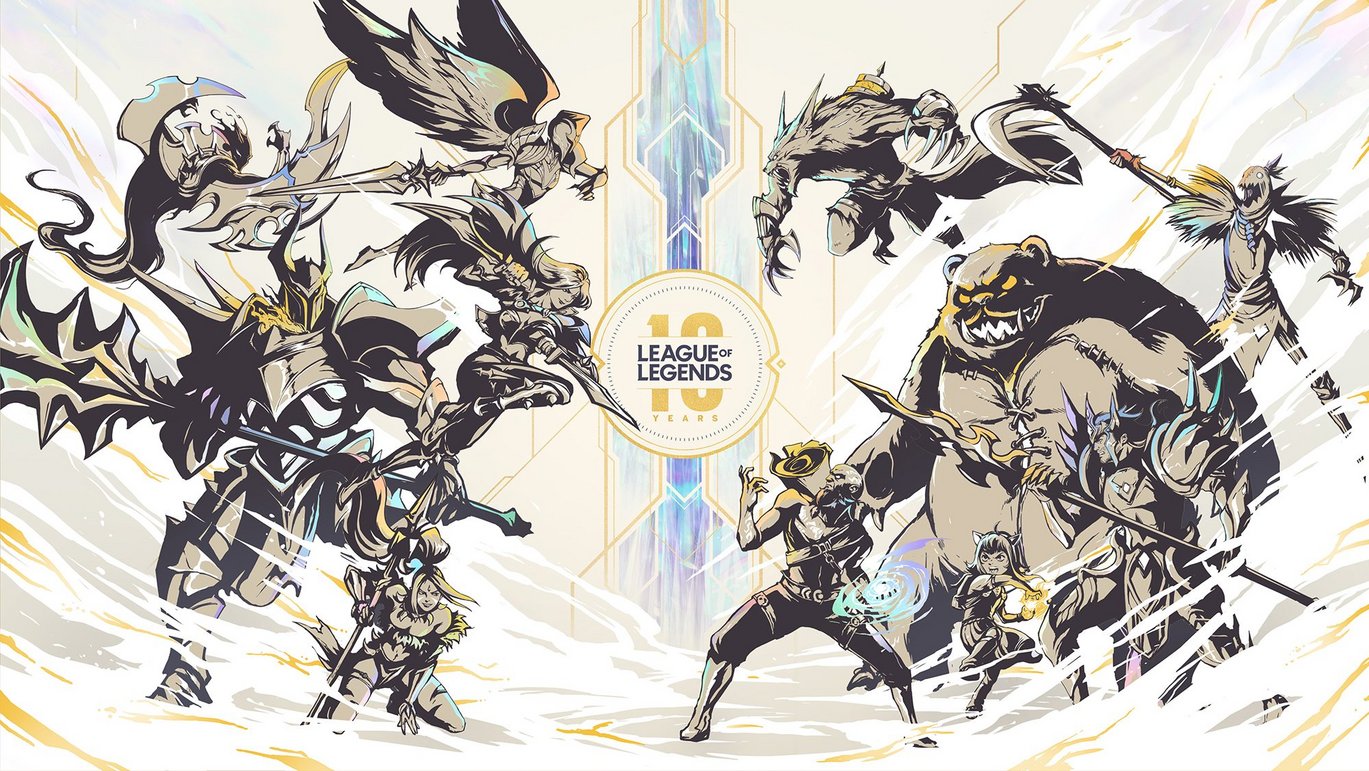 Riot is pulling out all the stops this year as League of Legends turns 10. The Riot Pls: 10th Anniversary Edition event was filled with plenty of League of Legends updates, spinoff game announcements, and project teasers. It’s a lot to unpack, so let’s dive right in!

As the birthday celebrant, League of Legends was the star of the announcement show. Over the next few weeks, LoL players will receive numerous in-game rewards as well as special events. To celebrate 10 years of LoL, players will receive 10 days of special gifts from October 17-27. The rewards will culminate with the Annie-versary skin on the last day. Additionally, Riot will also be bringing back the original Ultra Rapid Fire (URF) game mode (with champ select!) for a limited time.

Along with the anniversary events, Riot also announced League’s latest champion: Senna. Lucian has released his wife from Thresh’s lantern and she is arriving at Summoner’s Rift soon! As League’s first marksman-support, Senna will definitely change how things work in the bot lane. However, no official gameplay has been revealed as of writing.

Finally, with the 2019 season coming to a close, Riot also teased some of their preseason changes. To name a few, elemental dragons will now permanently alter the terrain in order to spice up each game. Not to be outdone, the Elder Dragon will now execute opponents under a certain health. Top and Bot now also have new pathways to play around to make warding a little bit more of a challenge. Riot has a lot more planned for the 2020 preseason, so stay tuned for more updates.

LoL’s popular auto chess-Esque game mode is also getting some love! Teamfight Tactics (TFT) will now have seasonal sets; new sets of champions and abilities will be released every 3-4 months to ensure that your TFT experience is always changing. The latest set, Rise of the Elementals will release be released on November 5 this year, so stay tuned for updates.

Aside from changes to characters and gameplay, TFT will get a mobile version. This edition of TFT will be cross-platform compatible with the PC edition, allowing you to play TFT with your friends, anytime, anywhere. The app will be available for Android and iOS, although Riot has not mentioned a release date yet.

TFT isn’t the only game mode getting a mobile edition, Summoner’s Rift is getting one as well. League of Legends: Wild Rift brings the action of the original LoL game mode to mobile. While it may a new map for players to explore the champions and their abilities will remain the same. Players will be able to download the game and unlock all champions for free.

Riot plans to release League of Legends: Wild Rift in 2020. Players may also opt to participate in the alpha and beta testing that will take place in late 2019. A console edition will also be released soon, following the mobile release, so stay tuned for more updates! You can also check our in-depth article on LoL: Wild Rift here.

In a complete shock to almost everyone, Riot announced Legends of Runeterra: The League of Legends Card Game (LOR). Here, players will get to play with decks revolving around the numerous regions of Runeterra. The game is standalone and will be available for PC and Mobile, with pre-registration currently ongoing. Riot is planning to release an open beta by early 2020.

On the other hand, Riot also teased other unnamed game projects, namely project A, project L, and project F. Project A is an FPS featuring character-based shooters. For a better look at the game, you can check out our article here. Project L, likewise, is Riot’s foray into another genre: a fighting game featuring the League of Legends cast. Finally, project F appears to be an RPG set in the world of LoL. Not much information has been revealed for Project L and F, so be sure to visit our website every now and then for the latest developments!

It wasn’t all video games that were announced during LoL’s 10th-anniversary celebration. Riot also teased Arcane: an animated series set in the world of LoL. The story will mainly focus on Piltover and the city of Zaun with some champions making appearances. Spearheading the project is the animation team behind K/DA and Rise. Riot is expected to release the pilot episode sometime next year.

That’s all for the special Riot Pls edition for League of Legends’ 10th Anniversary! As mentioned throughout the article, most of these titles are still in early development, so stay tuned for updates! For the latest gaming updates, follow Dice & D-Pads.